To keep tabs on every Chicago restaurant and bar opening is folly. But to keep tabs on the most worthy? Yeoman’s work, and we’re proud to do it. Thus we present Table Stakes, a monthly rundown of the five (or so) must-know spots that have swung wide their doors in the past thirty (or so). Let’s eat.

When splashy openings live up to the hype, everyone wins. Case in point: Somerset, the bilevel stunner attached to the Viceroy Hotel from the Boka Group and chef Lee Wolen. You’ll notice the high ceilings first. Then  the elegant yacht-club vibes thanks to the  chevron wood floors, dimpled jade banquettes and nautically themed areas. Wolen’s shareable menu leans simple and approachable, with dishes like smoky beet tartare with cumin yogurt, and roasted chicken and sausage with charred onions. We suggest starting (or ending) your night in the alcoved bar in the back of the main dining room, classic gin martini in hand.

In a city starved for good delis, it’s no wonder tupmarket newcomer Steingold’s ran out of pastrami on opening day. Owner/namesake Aaron Steingold’s (Table 52, Farmhouse Tavern) BYO spot is best described as a New York-style Jewish deli tinged with Lebanese and Southern influences. We’re already loving the daily-changing caviar service, with latkes and Lebanese labneh standing in for blinis and sour cream. For your daily fix, there’s hot sandwiches like the reuben with smoked sauerkraut and pastrami on rye with dill kimchi and Chinese mustard, bagels with house-whipped cream cheese. There’s also cured and smoked fishies and meats by the pound (grab some pastrami).

From the team behind Celeste and Fulton Market Kitchen comes a serving of bohemian élan on Chicago Ave. The sprawling space, awash in greenery and Persian rugs and tile, is divvied into a cocktail bar, colorful dining room and four-seasons courtyard. Marcos Campos and Jonathan Meyer’s globetrotting menu fuses the Mediterranean concept of mezze with influences spanning Mexico, India, Korea and the Middle East. You want the salty fried halloumi with quince jam and preserved lemon, and the curry meatballs atop English pea puree. Liz Pearce’s dozen or so cocktails are bright and sessionable. We’ll take the gin-laced Summers in Sweden in the courtyard, please. And keep ‘em coming.

Some two years in the making, the expansion of one of the city’s finest craft beer shops was well worth the wait. Known for super-fresh bottled and canned beers from around the world (from Fuller’s English-style bitter to fresh-as-hell Sierra Nevada pale ale), Beer Temple is now able to pour said beers from 20 draft lines, with the option to pour beer on cask, too. Take note: those lines flow from one of just a handful of dual-chambered coolers nationwide, which means beers that benefit from warmer temps can can be served thusly. If you like what you’re drinking on tap and want to pick up the bottled version to go in the shop, you can do so on the same tab. As our friends at Guys Drinking Beer put it, it’s the fanciest incarnation of a slashie featuring some of the best beer on earth.

Resident cocktail soothsayers Wade McElroy and Jeff Donahue (Sportsman’s Club, Larry’s) continue their streak of breathing new life into Chicago dives with Orbit Room, that decade-old Avondale bar with the killer beer garden. Inside, the Brunswick bar is the main holdover of the revitalized, midcentury-style bar. The biggest draw here? Eight approachable-yet-clever house cocktails, from the pisco-, rose- and strawberry-infused Pink Lemonade to the Jager-spiked tiki sipper Surfer on Acid. We were equally delighted with chef Mark Steuer’s (Carriage House) dressed-down bar bites, including crispy buffalo wings and fried chicken on brioche. This being McElroy and Donahue’s first project under the banner Leisure Activities, we’re looking forward to what comes next.

In a dining-scape where menus go too broad as “regional” restaurants, it’s refreshing to see one take such a niche POV as The Delta. This aptly named newcomer from Eldridge Williams (Girl & the Goat), chef/partner Adam Wendt and beverage director partner Adam Kamin traffics in the down-home cooking of the Mississippi Delta, a region best known for hot tamales and catfish. Expect both classic (brisket-stuffed) and churched up (merguez with green harissa and feta) tamales, plus clever bar snacks and plates that range from pheasant pate with hot pickles, to smoked catfish rillettes and fried rice with crispy chicken livers. Your correspondent’s currently sipping on the G&T-inspired Cypress Water, kissed with thyme and orange. The inviting 40-seat space is draped in antiques inspired by the founder’s travels, but we’ll be on the sunny back patio as long as this Delta-esque weather holds. 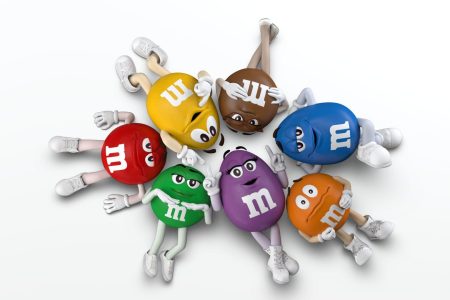