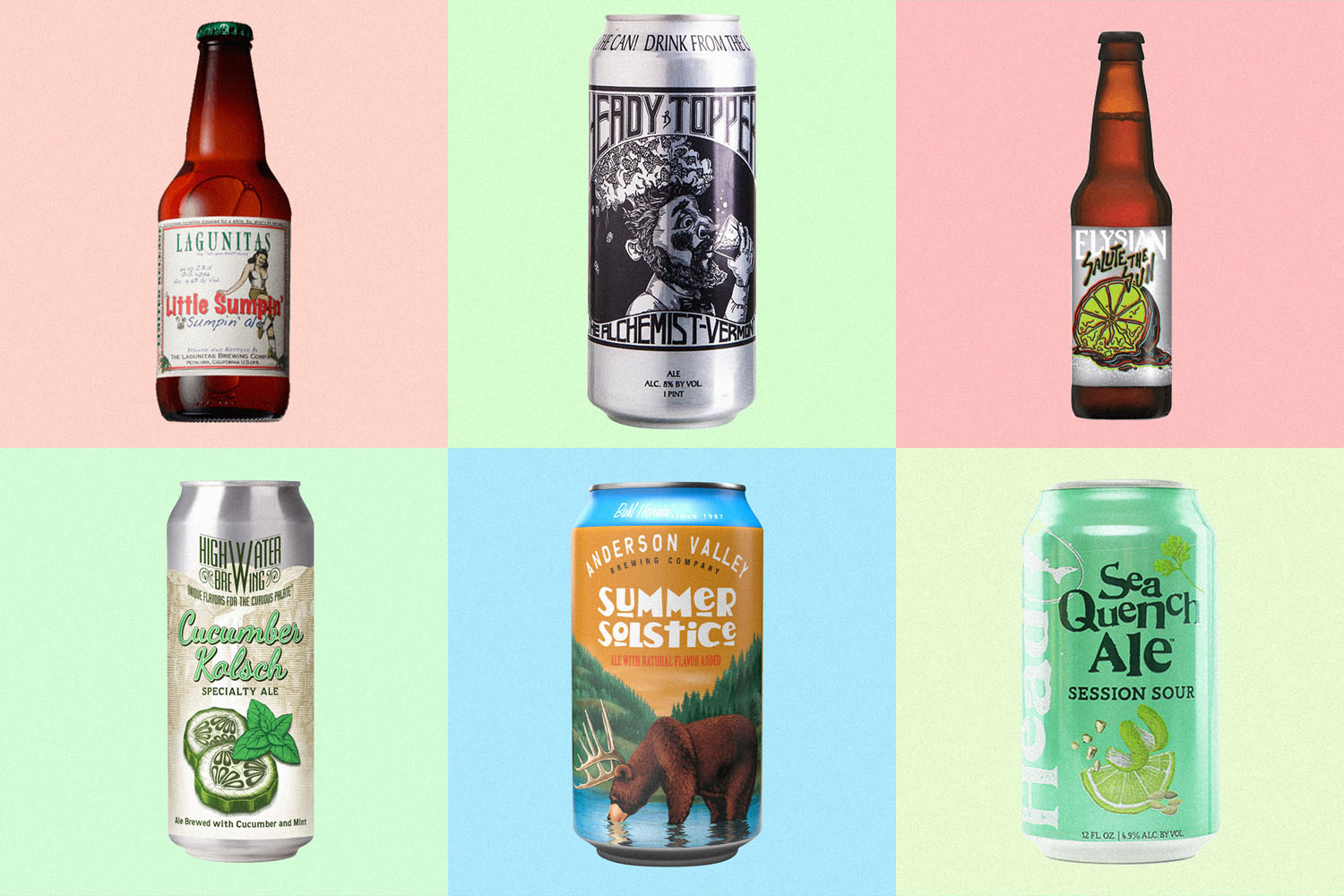 When we put together a list of 12 Spring Beers to Get You Through Self-Isolation back in March, we had no idea that the pandemic would still have us stuck in quarantine as summer rolled around. It hurts for all the obvious reasons (at this point, I would give my entire life savings for the opportunity to safely sit inside a restaurant with a friend), but it also hits especially hard because more than anything, summer is meant for drinking outside.

Barbecues, beach days, ballgames, porch hangs — these are all the ideal settings for consuming a summer beer, but of course, this year they’re all going to look a little different. But just because we have to maintain a safe social distance and vacations are out of the question doesn’t mean we have to resign ourselves to a summer spent indoors. These brews will make you feel like you’re at the beach even if you’re landlocked, so grab a few lawn chairs, make sure they’re spaced at least six feet apart and enjoy these summer beers.

Victory’s seasonal golden ale is a summer classic, featuring lemony hop notes and a just a hint of pine. It’s got a grassy nose that makes it perfect for relaxing after an afternoon of yardwork without making you feel like you’re drinking lawn clippings.

Elysian’s summer seasonal is a pale ale brewed with sun-dried black limes and a healthy amount of Citra hops. That lime flavor definitely comes through loud and clear, but its sun-dried nature also adds an earthiness to it. And at 5.2% ABV, it’s sessionable enough that you can throw a six-pack into a cooler and spend as long as you want saluting the sun.

This hoppy American wheat ale started as a summer seasonal but has been offered year-round since 2010 due to popular demand. It’s just hoppy enough that you’ll enjoy it if you’re an IPA drinker, but it’s smooth enough to satisfy people who aren’t fans of that style as well. You’ll pick up notes of citrus — grapefruit, specifically — and pine, along with that unique “little sumpin’ sumpin’” you can’t quite put your finger on.

This popular hazy double-IPA is available year-round, but it lends itself perfectly to being consumed outside; as its packaging reminds us, we’re supposed to drink it straight from the can. Just be careful not to drink too many in one sitting — that 8.0% ABV will catch up with you, especially when you’re out in the sun.

Flying Dog’s new summer seasonal makes its intentions clear with its name: this hazy summer ale is meant to be enjoyed poolside. It’s sessionable enough that you can crush several of them without winding up face-down in said pool, and its mango and citrus notes make it ideal for warm weather without being too sweet.

This session sour — which Dogfish Head describes as “a mash-up of a crisp kolsch, a salty gose, and a tart Berliner Weisse” — is perfect for when you can’t decide whether you’re craving a beer or a margarita. It’s brewed with black limes, sour lime juice and sea salt, and it’s thirst-quenching enough to live up to its name.

There are some beers whose flavor profiles make them perfect for when you’re drenched in sweat and need to cool down, and High Water’s Cucumber Kolsch is one of those beers. It’s brewed with German Pilsner malt, German noble hops, fresh cucumber, mint, coriander and lemon peel. Don’t you feel refreshed just reading that?

Formerly a seasonal, Founders’ popular raspberry ale is now available year-round. You’ll love it if you’re a fan of fruit beers, but even if you’re not it’s worth a shot. Fresh raspberries are added at five different stages in its brewing process, giving it a flavor that perfectly toes the line between sweet and tart.

Anderson Valley’s summer seasonal has been referred to as an “adult cream soda,” and that description’s pretty apt: it’s a malty cream ale with notes of caramel and faint hints of vanilla and orange. It’s a flavor profile that may not instantly scream “summer” to you, but pair it with some peach cobbler and then talk to us.

As the name might suggest, this Belgian-style session ale is perfect for a day on the water. It’s low-ABV, so you can throw back more than a couple without worrying about ruining your day, and its flavor profile — which includes stone fruit, coriander, melon and citrus — is just what you want if you’re going spend hours sitting in the sun.

When you think of summer, you likely don’t think of dark beers. But if you’re tired of spending June through August throwing back pilsners and hefeweizens, Maui Brewing’s Coconut Hiwa Porter is the perfect way to change things up. It’s brewed with hand-toasted coconut, and you’ll also pick up hints of chocolate. It’s smooth and sweet enough to call to mind a Mounds bar without making you feel like you’re actually drinking one; the coffee notes add a little kick to keep it from being cloying.

This summer staple also made our spring beers list this year thanks to the fact that the Michigan brewery released it ahead of schedule to help fans stuck at home cope with quarantine. But while the beloved hoppy wheat ale can be enjoyed whenever the weather is warm, there’s something about it — whether it’s the crisp finish or simply the ritual of cracking one open on a hot day — that makes it taste even better during the dog days of summer.