Seriously, you should place your future in brown spirits 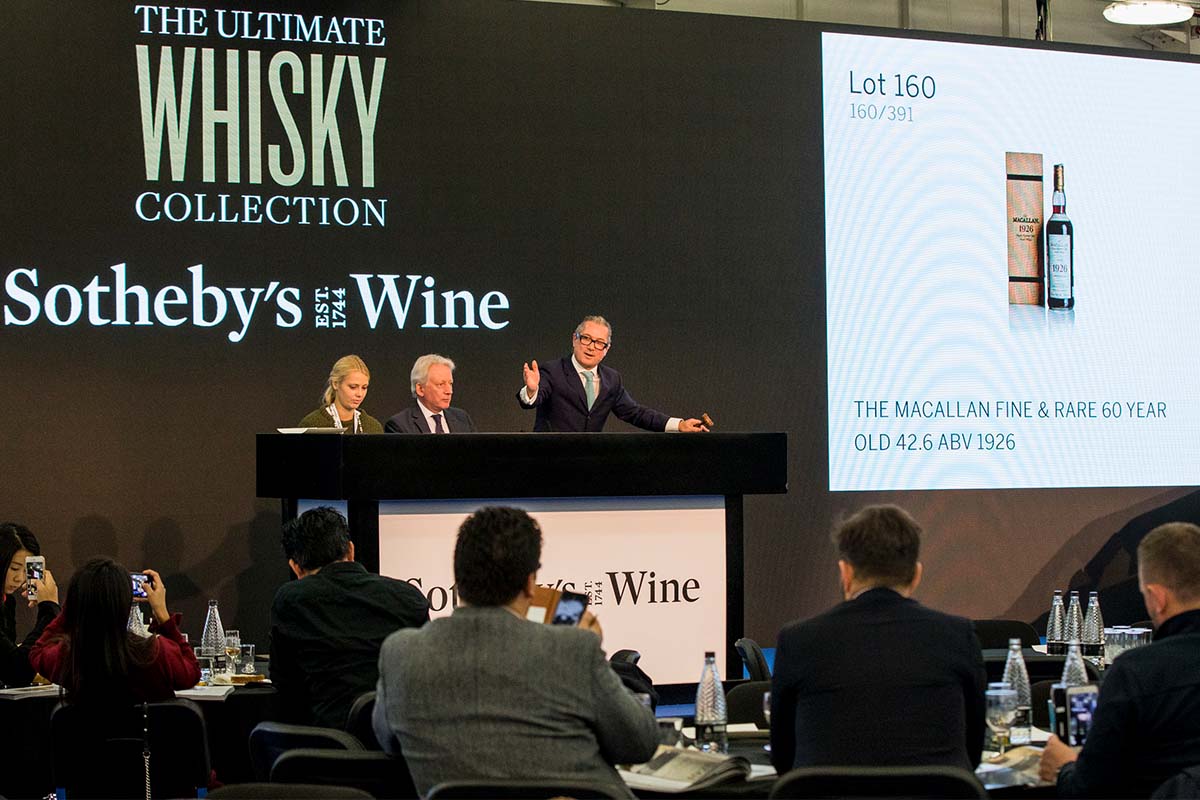 A recent whisky auction at Sotheby's more than doubled expectations
Sotheby's
By Kirk Miller / November 8, 2019 8:03 am

Late last month the first single-owner whisky collection sold by Sotheby’s — the aptly-titled “The Ultimate Whisky Collection” — grossed just under $10 million in sales, the highest total for any whisky collection ever offered at auction.

And no one was more surprised than Sotheby’s itself, which had estimated less than half that amount.

Some other startling figures from the auction:

Is this a whisky bubble? Or will prices keep trending upwards? We spoke with Sotheby’s Spirits Specialist Jonny Fowle about the surprising results.

InsideHook: How did Sotheby’s obtain this collection?

Jonny Fowle: As all these whiskies belonged to a single [American] collector, exploring in detail the way in which we would sell them was paramount to obtaining the collection. We wanted to not only maximize the value of these whiskies, but also for the auction of the Ultimate Whisky Collection to be the number one whisky event of the year. The online-to-live platform, with the hosting of the live auction alongside RM Sotheby’s at Olympia, was exactly the right approach.

The amounts generated here more than doubled your estimates. Is this the new reality?

While we had high hopes that these whiskies would exceed estimates on a number of lots, the competition was truly unprecedented. I think the result speaks volumes of the value of the ‘single owner’ format and the way in which we approached the sale, as well as the trust buyers have in Sotheby’s. This sale has set a new benchmark in the spirits market.

In your opinion, what was the most interesting bottle sold?

I think that I was most surprised by the exceptional high value achieved on the Bowmore 54 Year Old 1957 of £363,000. One of the most interesting bottles was another Bowmore, the Samaroli Bouquet from 1966, which represents the pinnacle of Independent bottlings of Scotch. This bottle set another record, selling for its highest ever value at auction of £72,600.

Is there a particular bottle, brand or spirit people should look for in upcoming auctions?

The Macallan is traditionally the go-to brand for serious collectors, but in recent years we have seen some emerging contenders. Springbank previously held the record for the most expensive bottle, and in the Ultimate Whisky Collection sale, the 50 Year Old 1919 made a new auction record. Bowmore also performed strongly across a number of lots. For those looking to diversify, Chinese spirit Moutai is proving to be a big drink for international collectors.