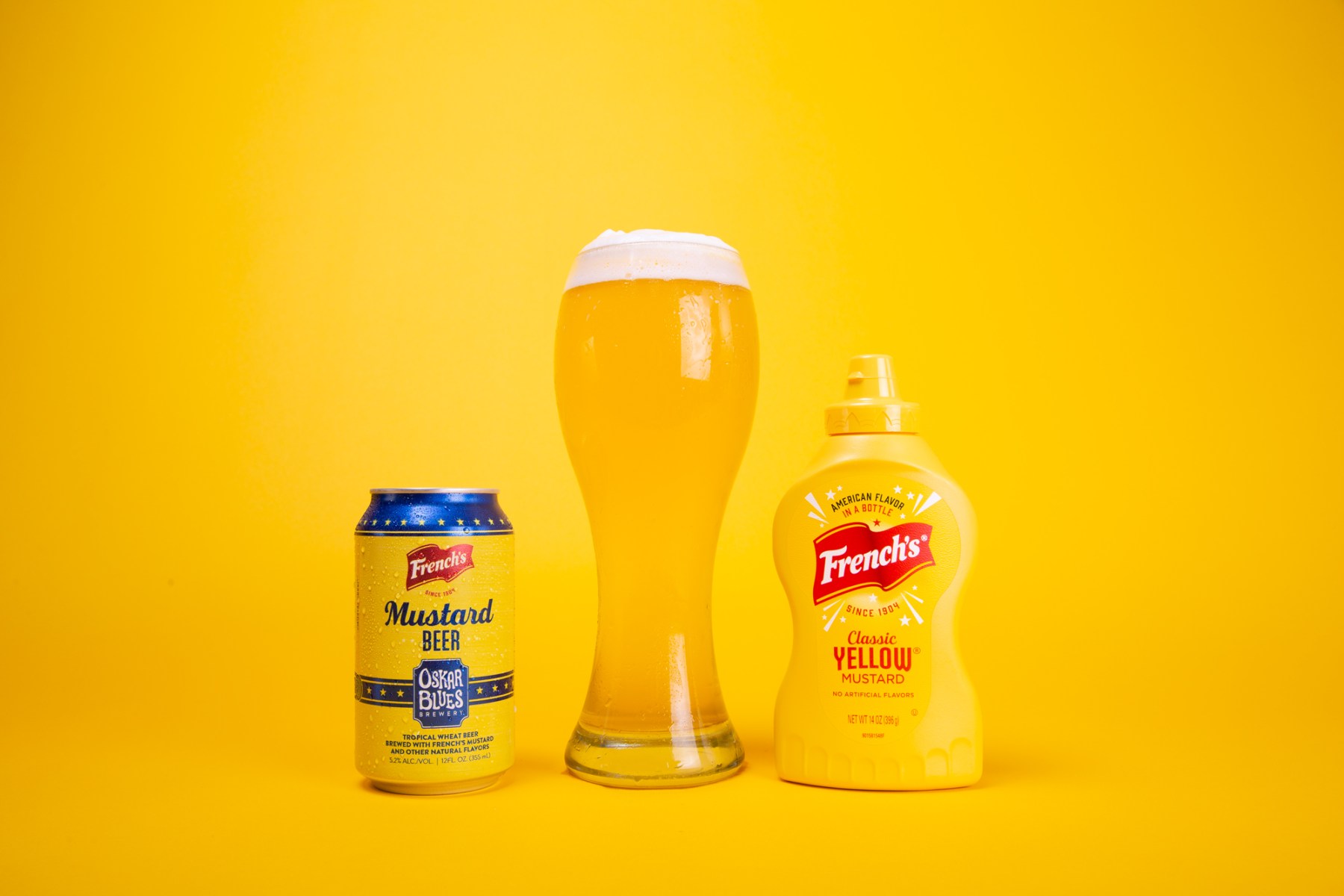 When word first arrived here at InsideHook HQ that Oskar Blues Brewery was collaborating with French’s Mustard on a beer brewed with the popular neon-yellow condiment, our reaction was pretty mixed. Some of us were immediately disgusted by the idea. Others were curious but not too hopeful that it’d actually taste good, and some of us — the mustardheads, I suppose — were eager to try it, convinced that the brewery must have unlocked a classic flavor combination. After all, the foods we tend to associate the most with mustard — hot dogs, bratwurst, burgers, those giant soft pretzels — all pair perfectly with a nice, cold beer. Maybe cutting out the middle-man and putting the mustard directly in the beer would be a stroke of genius.

The limited-edition beer, brewed in honor of National Mustard Day (Aug. 1), does in fact contain a healthy amount of the condiment; French’s says it was brewed with 150 pounds of its Classic Yellow Mustard. But if you’re like me and mustard immediately makes you think of brats and Bavarian pretzels, you’re probably expecting some sort of German pilsner. Surprisingly, Oskar Blues and French’s decided to go in a totally different direction: they describe Mustard Beer as a “tropical wheat beer,” infused with key lime, lemon, tangerine and passion fruit.

“We’re stoked on bold flavors at Oskar Blues Brewery and we never shy away from a challenge,” Oskar Blues head brewer Juice Drapeau explained in a press release. “With French’s Mustard Beer we elevated the Classic Yellow Mustard flavor with tangy lemon and lime to create a tropical wheat ale I’d pair with a loaded hot dog on the hottest day of the year.”

With all that in mind, does it actually … cut the mustard? In a lot of ways, yes. It’s got a nice golden color that you’d expect thanks to the mustard, and a bold, slightly tart citrusy flavor — it tastes a lot like a Berliner Weisse — that makes it ideal for summer drinking.

But if you’re looking for a beer that actually tastes distinctly like mustard, you’re out of luck here. While you can definitely pick up the scent of the yellow condiment on the nose, the mustard flavor isn’t as strong as expected. It’s there, ever so faintly — you can pick up a hint of its spice on the finish — but by and large, it’s overpowered by the citrus. That may be a good thing, depending on how you generally feel about mustard, and one certainly wouldn’t want to feel like they were simply drinking a bottle of French’s. But for a beer that leans so hard into the mustard gimmick, I was expecting something more aggressive.

Still, it’s a good beer overall, and even with the milder-than-expected flavor, it’ll make you crave a hot dog. While the mustard isn’t in your face, the lemon and the passionfruit flavors come through loud and clear, evoking a general sense of summer that, when paired with the general novelty of the bright-yellow, French’s-branded can, makes for ideal warm-weather drinking. And at 5.2% ABV, it’s light enough that you can toss back a few at a cookout pretty easily.

If you’re looking to try Mustard Beer for yourself, it’ll be available to order nationwide online through the craft beer marketplace CraftShack beginning Aug. 1, and it will be available at select Oskar Blues Brewery taprooms in Boulder and Longmont, Colorado, and Brevard, North Carolina, while supplies last. And if you happen to be a homebrewer, Oskar Blues is offering up its recipe for the beer on its website so you can try to replicate it at home, along with instructions for how to utilize the brew in some mustard beer-inspired dishes (including Mustard Beer Basted Sausages with Onions, Beer & Mustard Marinated Flank Steak, Bacon Honey Mustard Beer Bread, Scotch Ale Beer Cheese, and Pale Ale & Mustard BBQ Pulled Chicken).