Peerless took the last 100 years off. And yet, they're still innovating. 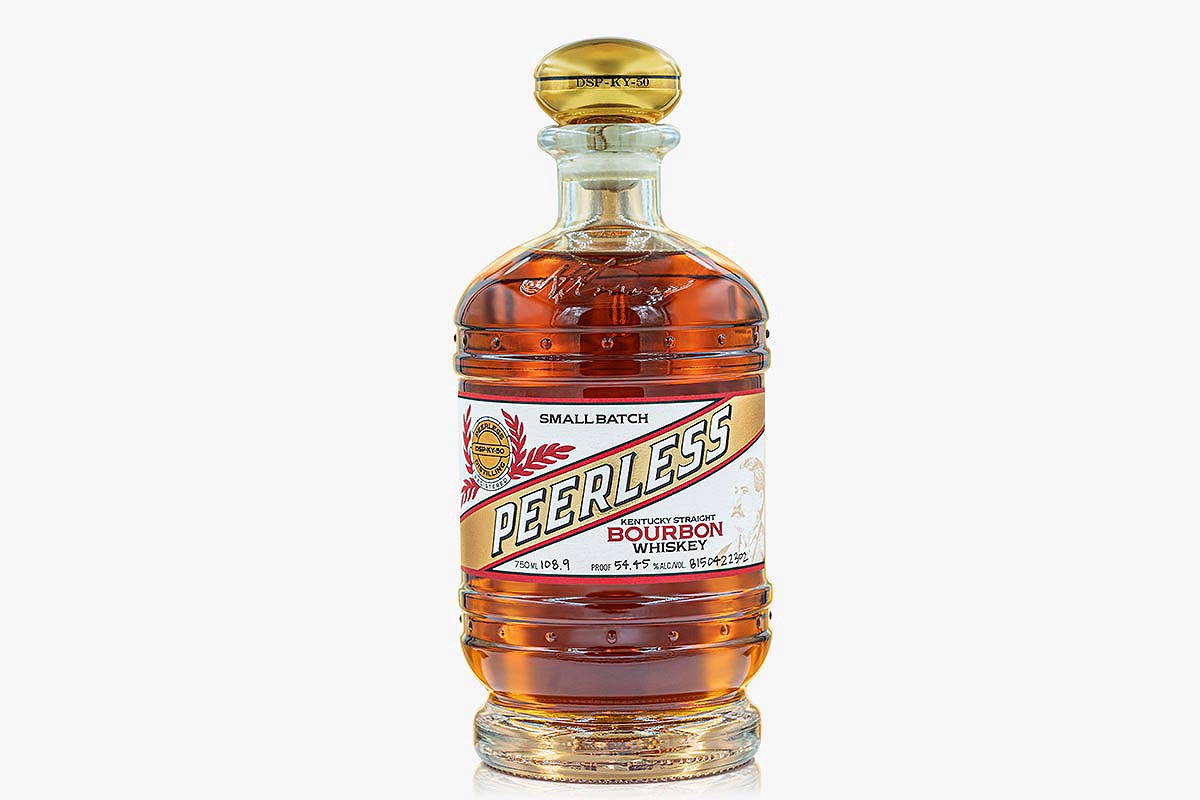 This week, InsideHook’s resident spirits expert will be naming all his favorite bottles of 2019. In case you missed it, you can read about his favorite tequila of the year here.

There are a few things not to like about Peerless Kentucky Straight Bourbon Whiskey.

Or, at least, there are some facts that’ll raise eyebrows.

It’s a “new” whiskey, if a brand that started in the 1880s could be considered new — the family business was effectively shuttered around 1917 but was revived in 2015, when the first liquid from the resurgent Peerless was placed in a barrel.

Four years isn’t a long time for aging bourbon. Add in a green, 27-year-old master distiller (Caleb Kilburn) and a mash bill that’s maddeningly and unnecessarily kept secret (the legally-required 50+% corn and then a vague “10-20% rye and 9-15% malted barley”), and on first taste I was expecting something that needed a few more years of maturity.

Instead, I was delighted.

I should have been concentrating on what Peerless does differently. The hooch is barreled at a high 107 proof, with water added before (not after) the aging process. They use a much more complex sweet mash — not the traditional sour — that delivers a softer and (obviously) sweeter flavor profile. There’s no chill filtering (a common process that strips some of the flavor and mouthfeel) and the final result is priced at a nice $69.99.

It’s almost impossible to pick the best American whiskies of the year, so I thought I’d profile a few promising trends and ideas to round out my best-of drinking list.

Highlighting the craft whiskies and particularly the ryes in Pennsylvania and along the East Coast, the just-launched Whiskey Rebellion Trail is an American history lesson you won’t mind hearing (or tasting) again and again.

Bottled in Bond makes a comeback

“Bottled in bond” is a late 19th century, government-backed guarantee to consumers that their whiskey was produced to a certain standard. It’s also higher-proof (50% ABV) and helps to highlight whiskey brands that actually distill their own spirits, as opposed to sourcing it. A recent entry is George Dickel’s 13-Year Old Bottled in Bond, an amazing age statement for a bottle that costs just $36 and yet just won Whisky Advocate’s Top Whisky of the Year.

Move over, Scotch single malt. “American Single Malt Whiskey is the most exciting thing in whiskey today,” as Steve Hawley, Director of Marketing for Seattle’s Westland Whiskey, told us earlier this spring. A new designation looking for an official government seal of approval, we enjoyed tipples crafted from 100% malted barley and distilled at one distillery via Balcones, Stranahan’s, Westward and Westland Distilleries.

Bourbon aged in barrels that once held stout beer, tequila, Cognac or rum. A fantastic rye that’s a combination of an Indiana high-malted barley rye and one distilled and aged in Poland for five years. A whiskey shaped by Metallica songs. An un-aged whiskey that’s equal parts science lab and startup experiment. This is America, people — aging our brown spirits in ex-sherry casks isn’t going to be the height of our innovation.