Project Quarantine: I Found My New Breakfast Cocktail in a Book Published in 1933 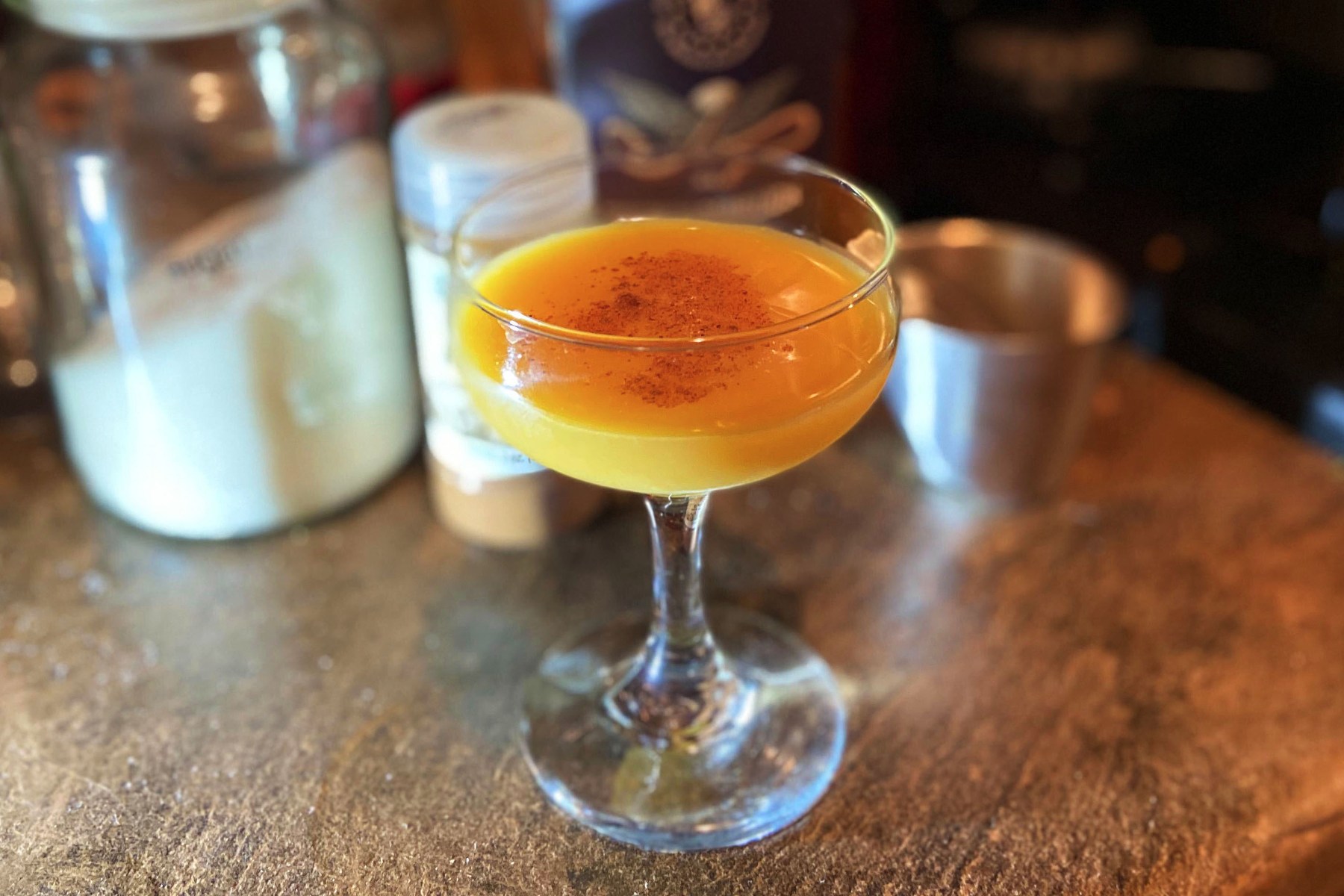 You can take your time in quarantine to make banana bread. Or you could drink. Because we’re all doing quite a bit of that.

I’ve certainly been imbibing while stuck at home, but I’ve also made a pact with myself to stay productive and learn a thing or two about the industry (booze) that I write about frequently and with great enthusiasm. One aspect of that has been looking back to see what people were drinking during another difficult time in world history. And, to be honest, I wanted to get weird.

In lieu of being the thousandth amateur cocktail historian to pour through the Jerry Thomas Bartenders Guide or The Savoy Cocktail Book, I started looking at the fringes of the early cocktail scene, which is how I landed upon What’ll You Have?, a 1933 cocktail and wine tome by Julien J. Proskauer.

1933 was a terrible year for history — see: rise of Hitler, Great Depression, last year of Prohibition — but it also served as a good parallel to today. We’re poor, we’re isolated, we’re dealing with [insert sad political fact here]. And when it comes to alcohol, we’re making do with what we have.

Proskauer may not be a cocktail legend, but he was popular and well-known enough that he merits his own Wikipedia entry. A friend of Harry Houdini, Proskauer’s claim to fame was debunking fake mediums (as, uh, opposed to the real ones). He also wrote non-fiction books like Spook Crooks! and Small Arms Shooting.

Proskauer begins his cocktail book by noting the painful aftermath of Prohibition, which was still one month away from a full repeal when he wrote the foreword to Have.

He then tackles the basics of both wine and cocktails, assuming his audience has lost most of its basic boozy knowledge since Prohibition. Still, the bootlegging mentality is front and center; there are numerous pages on making your own wine (homemade tomato or parsnip vino, anyone?). The book also serves as a treatise on freedom (as it’s “affectionally dedicated to the thousands of Americans who died that our personal liberty might live”) while serving up a healthy dose of 1930s misogyny (“The perfect hostess never serves cocktails without some little appetizers accompanying them”).

Thankfully, the cocktail recipes here aren’t just culled from whatever bootlegging manual Proskauer had hiding around. He sourced the drinks from The Wehman’s Bartender’s Guide (1891), The Shaw Book of Cocktails (1897) and The Standard Handbook of Wines and Liquors (1907). Most of the recipes here are fairly standard: whiskey sour, Manhattan, Old Fashioned, gin fizz, etc.

There were also some trends unique to that time period, though. Multiple recipes included Benedictine, creme de roses, kirschwasser and, well, whole eggs. Brandy and gin were at the heart of the cocktails as often as whiskey is, while Scotch, Irish whiskey and rye were the most prevalent brown spirits mentioned — for good reason. As the late master distiller Dave Pickerell once wrote about the early days after Prohibition, “It was already noted that the stock of well-aged American whiskey was very low when prohibition ended … as a result, American distillers were put at a massive competitive disadvantage to imported aged spirits.”

The recipe I decided to test? The Whiskey Egg Nog, which calls for rye, the yoke (sic) of one egg, Grenadine and ice. (Note that this is absolutely nothing like the egg nog you’re used to drinking at the holidays.)

When writing on rye, Proskauer mentions the spirit’s prevalence in Maryland and Pennsylvania, so I chose Whiskey Rebellion, a recent collaboration of seven Pennsylvanian craft distilleries. That rye’s only aged for a minimum of nine months — a baby in whiskey years — but again, the distilleries coming out of Prohibition didn’t have time on their side.

As for the grenadine, I made mine my own from scratch with pomegranate juice, sugar and a bit of lemon.

Overall impression? First of all, I’d highly suggest using a softer rye that’s been aged longer (maybe something like Sagamore Spirit from Maryland) so you’re not overwhelmed with the youth and spiciness of a baby whiskey. Still, the rye does impart a granola-y, breakfast-cereal flavor, while the homemade grenadine adds tart (your OJ substitute!) and the egg yolk serves up some much-needed protein while softening the final result with some creaminess.

That nutmeg? It’s pretty much all you’re getting on the nose here, which’ll trick you for a moment into thinking you’re about to enjoy a custard or cake. And who doesn’t love cake for breakfast?

No joke, you pair this with banana bread, and your 2020 mornings are gonna feel fucking electric.

If you want to temper this bad boy down and make it a little less Rocky-esque, you can substitute egg whites (and dry shake it a bit before adding ice). Something more contemporary with egg whites, bitters and maple syrup can be found here. And a reproduction of Proskauer’s book can be found on Amazon.