The Best Amaro You’ve Never Heard of Comes From Appalachia

In the hills of North Carolina, the Eda Rhyne Distillery is reinventing an Italian classic

Every spirit should tell a story. In the case of Eda Rhyne, a small craft distillery in Asheville, North Carolina, an actual spirit — the phantasmal, goes-bump-in-the-night kind — is at the center of that story, and everything they do.

“The name Eda Rhyne actually comes from a ghost story based in Haywood County, North Carolina, where my family is from,” co-owner and distiller Chris Bower tells InsideHook. “We knew from the beginning that we wanted to have a name that captured the beautiful names of the South, because the South has so many beautiful names. We also wanted it to be a female name, because the spirits industry uses predominantly male names. This story, about a young woman named Eda Rhyne, captured those elements but also tapped into the amazing tradition of Southern murder ballads and ghostly revenge stories.”

The distillery uses folk knowledge passed down from generation to generation to create their version of classic Italian liqueurs such as Appalachian Fernet, Amaro Flora and Rustic Nocino, and they honor the people of southern Appalachia by harvesting their herbs and botanicals from the surrounding mountains and fields. Being that no other distillery in North Carolina produces an amaro, their products are distinctive spirits that borrow from old family recipes and local traditions with an Italian twist.

“When I had an opportunity to live in Europe, I started to discover Amari and a lightbulb went off in my head — this was the same thing that my grandparents were doing, but instead of bitter medicine, the Europeans added sugar, which made it enjoyable,” says Bower. He also discovered that European amari have regional diversity, since each region has its own specific style and flavor because of its biodiversity — just like the plants in North Carolina.

“The plants we have in our region, which is one of the most biodiverse regions on the planet, have flavors that are unique to our area,” states Bower. “We are trying to capture our regional terroir. When you taste our amari, it should not taste like any other.”

Although neither Bower nor his partner, Rett Murphy, have previous experience in the spirits and distilling industry, both come from an agricultural background. Murphy has been a farmer for more than 15 years, while Bower has knowledge of herbalism from growing up in the mountains. He also owns and operates two popular Asheville bar’s, Lazy Diamond and the Double Crown.

Even though both of Eda Rhyne’s owners are knowledgeable about herbs and flowers, it’s Bower who carries out most of the foraging in the nearby mountains or Murphy’s farm. He’s also the one who creates the recipes for their products by using old family recipes.

“The idea of making amari came as a natural progression in my life,” says Bower. “Growing up as a young child in the Appalachian Mountains, I learned from my pappy about edible and medicinal plants. My grandparents were using these plants as folk medicine. As I grew older, I learned what I call ‘a matter-of-fact herbalism’ from all kinds of sources, from old-timers to hippies back to the earth folks. At the same time, I learned from other old-timers how to make corn liquor and various fruit wines and beers the traditional mountain way. As is tradition, I started using homemade liquor as a base for different herbal tinctures and elixirs, preserving the healing compounds of therapeutic plants — which are often seasonal — effectively with alcohol. I take a folk medicine approach to the recipes for our products. That’s where bitters and amari came from — they were originally healing tonics and elixirs from antiquity.” 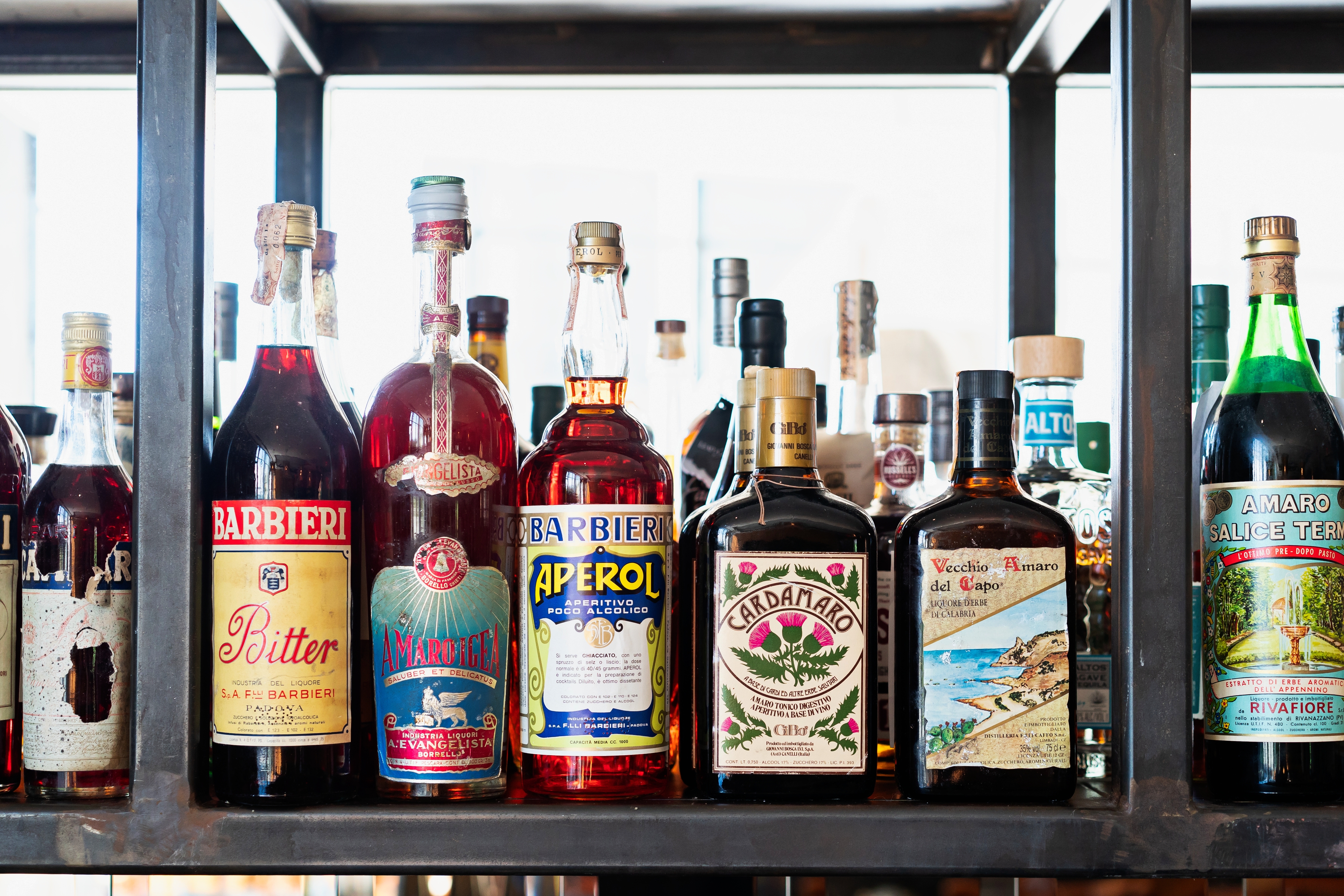 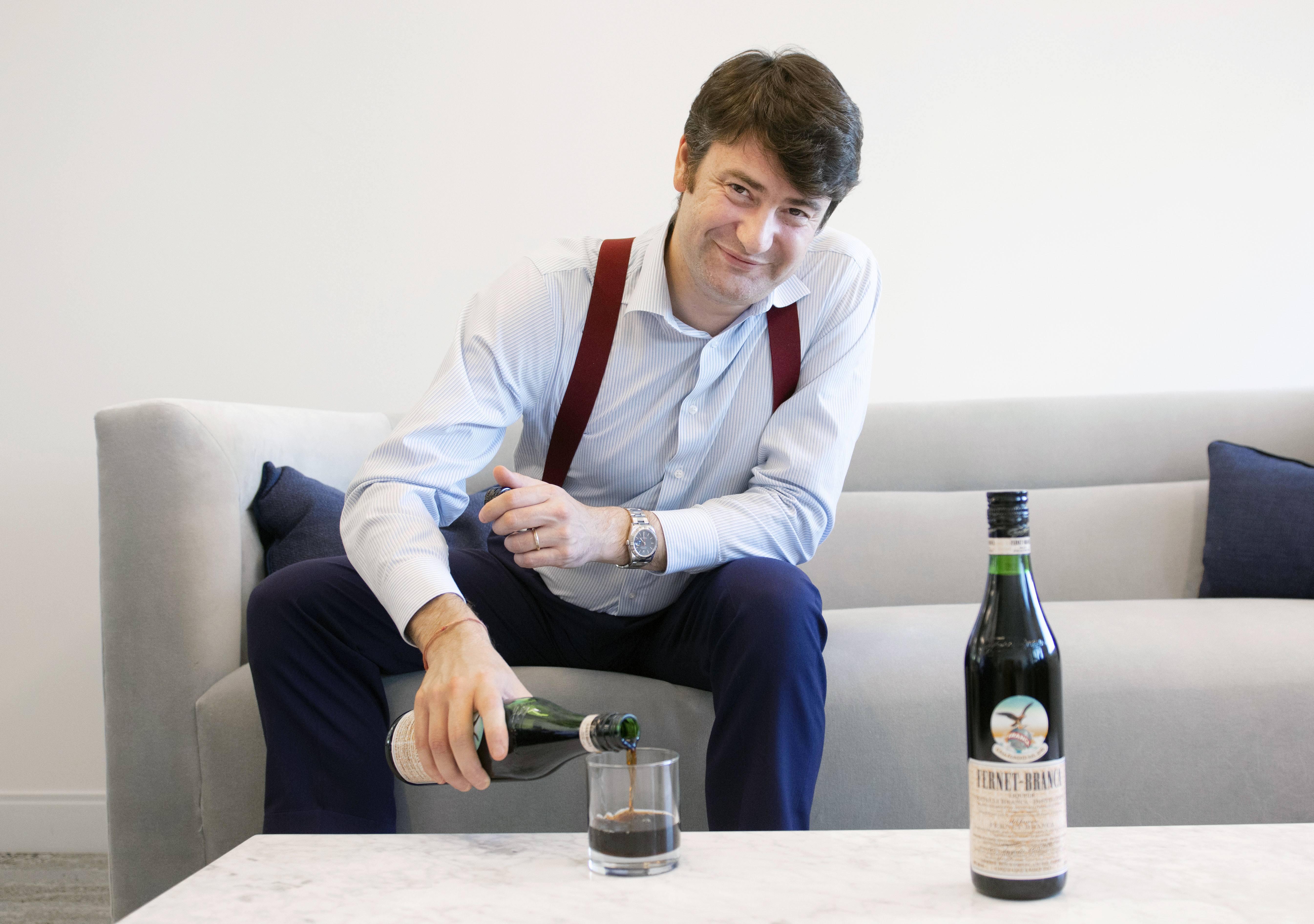 The Life and Times of a Fernet-Branca Scion 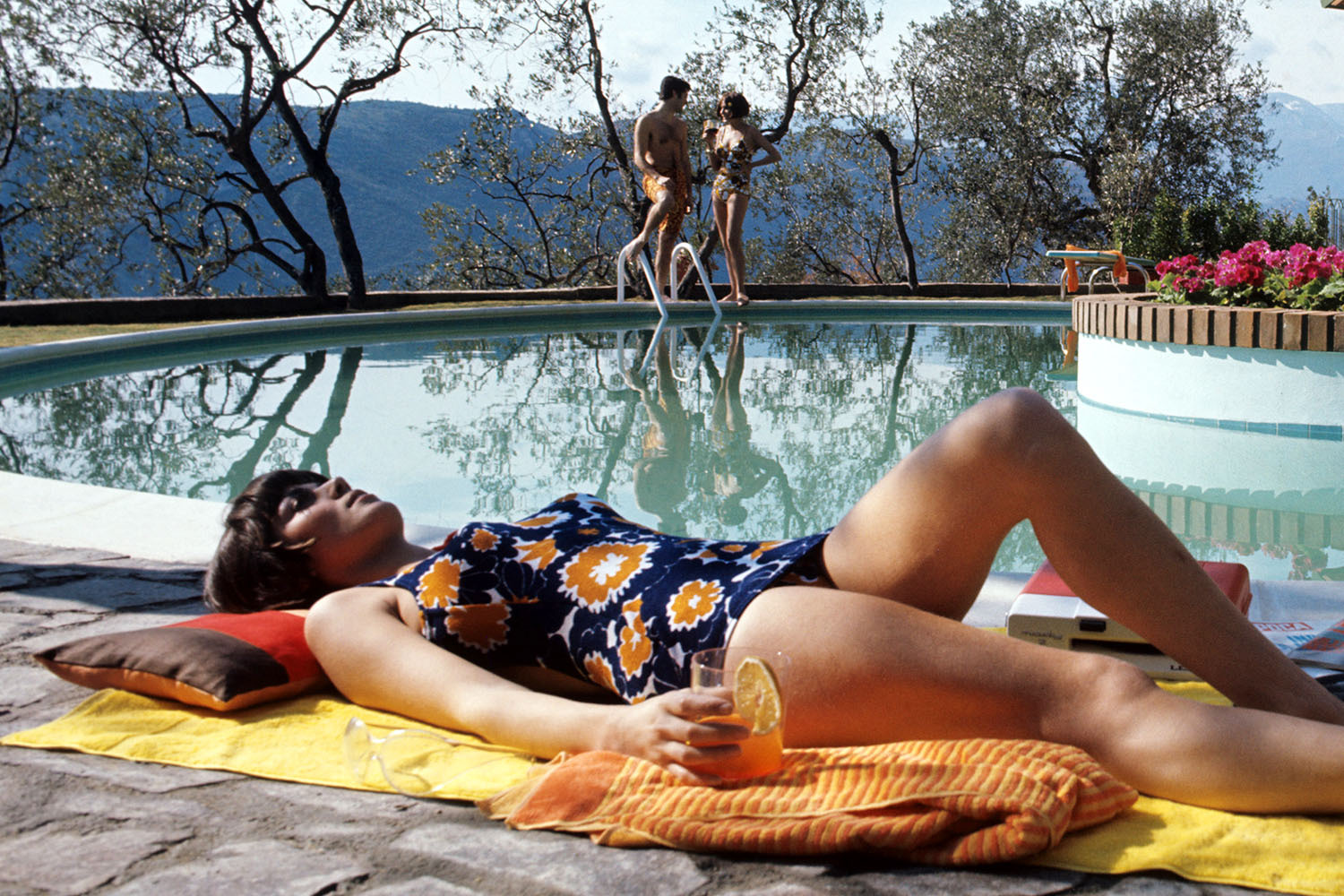 By using these family recipes as inspiration, Eda Rhyne’s portfolio is utterly unique. The Italian-inspired but locally bred amari capture the tastes and character of the region instead of chasing contemporary follow spirit trends.

“We are trying to represent the character and flavors of our region here in western North Carolina,” says Bower. “We went the direction of making amari because these plants are what grows around us. We have a long-standing tradition in our region of working with these plants that comes long before the European colonists. These plants have been used by the indigenous people of our region since time immemorial.”

Bower’s approach to distilling differs depending on what he wants the Amaro to capture. The house favorite, Amaro Flora, is the most distinctive product they make. You will immediately recognize its extremely complex floral and bitter notes, which owe to the many different flowers, roots and leaves that are macerated to extract the flavor compounds from the plants. The Appalachian Fernet, which was the first product that created for Eda Rhyne, has an interesting story as well, and one that feels very of the region.

“I used to live in a cabin on 60 acres in Fairview, North Carolina,” says Bower. “And one morning, I don’t want to sound to woo-woo about this, but I woke up and it was like a voice of inspiration saying go make a fernet. So I got up and spent about four hours picking flowers, leaves, cutting twigs, digging roots and collecting seeds. I came home, put it all in a jar of moonshine and forgot about it for two months. When I came back and tasted it, it was an amazing fernet. That was the rustic beginning of the Appalachian fernet that we now have.”

Like any good spirit, the first step is believing.