Start by paying attention to the most important ingredient

Some essential tips, whether it's the official G&T Day or not.
Mario Gutiérrez/Getty
By Kirk Miller

Even though you’re stuck indoors, a gin and tonic is still refreshing and one of the easiest drinks you could make for yourself as you stay at home. Enjoy.

If you’re reading this on April 9th, happy International Gin and Tonic Day!

Please celebrate with many rounds of this fantastic and (seemingly) simple cocktail, but heed our advice: For a drink with essentially two ingredients and a bit of citrus, there are still things you can do to improve your G&T experience.

A quick background: The gin and tonic was created, indirectly, as a remedy against malaria in the English colonies. Quinine, the active ingredient in the bark of the cinchona tree, was isolated by chemists early in the 19th century and used as a medicine, with British soldiers adding sparkling water and sugar to take away the bitter taste. A commercial tonic first appeared in 1858 and Schweppes made it famous a few years later. And then, of course, people inevitably brought alcohol into the mix and the gin and tonic was born.

While the medicinal elements of the G&T have been largely disproven, the drink remains popular and a warm-weather staple.

We can make it better. Below, five things to look out for when ordering (or making) a gin and tonic:

Ratio is important
“European-style gin and tonics are beautiful,” says Marshall Minaya, the head bartender at New York’s Valerie, an upscale cocktail bar/restaurant in Midtown with its own custom gin-and-tonic menu. “Here, we drink a 1-to-1 gin/tonic ratio in a Collins glass. In Spain, you’ll get them in a large wine glass with tons of ice and an artisanal tonic.” He suggests a ratio closer to 1.5 oz of gin to 5 oz of tonic.

Go for the bottled tonic
Put down the (bartender) gun. “Two of the most important factors in tonic water are the sweetener and level of carbonation,” says Camper English, a renowned cocktail journalist, founder of the boozy blog Alcademics and author of Tonic Water AKA G&T WTF. “Tonic from the gun is nearly always going to be flat and over-sweetened with high fructose corn syrup. Glass-bottled tonic tends to have the best carbonation, even when compared to cans or plastic bottles, and you can actually read the ingredient list to avoid HFCS.”

A few suggestions: Minaya likes Fever Tree (“it’s what all the gin reps like, they think it brings out the botanicals….”), as does English, who also suggests Q Tonic and East Imperial.

Not all lo-cal tonics are bad
Not happy about the sugar in your tonic? There is a workaround. “I see a lot of people ordering with half soda and half tonic, and that depletes the flavor,” says Minaya. Instead, he suggests Fever Tree’s Refreshingly Light, which has about half the calories of a regular tonic but maintains a lot of flavor.

Not all gins work with all tonics
A few years back we were drinking G&Ts with (now former) Bombay Sapphire ambassador Gary Hayward, who explained how the brand released an off-shoot, Bombay Sapphire East, specifically for gin and tonics. “Tonic is a hindrance to the gin category,” Hayward told us. “Most people first experience gin in a gin and tonic, and they complain about it being bitter. That’s the tonic, not the gin!” Bombay Sapphire East utilizes Thai lemongrass and Vietnamese black peppercorns, and the overall effect has more citrus and juniper notes popping out. Pair it with lime, not lemon, to give it a bit of tartness. A good recipe can be found here. 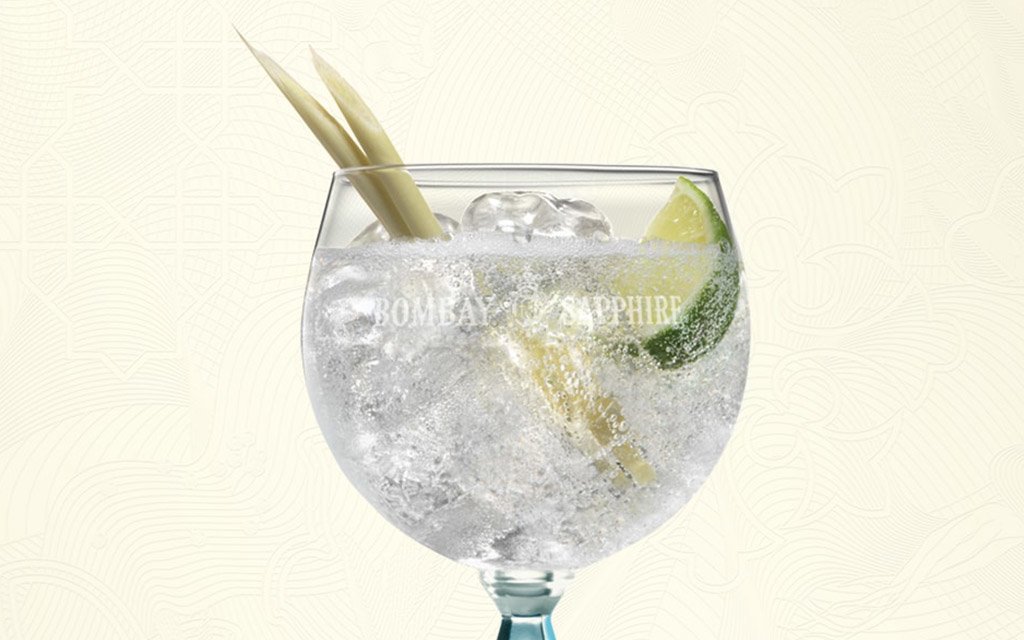 So, pairing is important (and a good bartender can help). “A soft gin like New Amsterdam or Seersucker might get lost when mixed with the regular Fever Tree,” says English. “They might pair better with their Mediterranean or Elderflower tonics. Bold, traditional gins like Beefeater, Tanqueray and Junipero are a great pairing with full-flavor tonics.”

Be careful of custom tonics
This one’s pretty much for the bartender crowd, but some professional drinks-slingers are crafting their own artisanal tonic syrups. Which is great, but it poses health risks due to using too much quinine, as English’s CocktailSafe site notes … but probably won’t be an issue if you’re just enjoying a G&T at a bar.

After all, you’re drinking these for your health.