Tips for Visiting Portland from the Author of Fight Club http://www.wired.com/2016/05/what-to-do-in-portland/?mbid=social_twitter OREGON, UNITED STATES - 2014/11/07: View of Multnomah Falls with foot bridge in the fall, a waterfall near Portland along the Columbia River Gorge in Oregon, USA. (Photo by Wolfgang Kaehler/LightRocket via Getty Images)
LightRocket via Getty Images
By Matthew Reitman 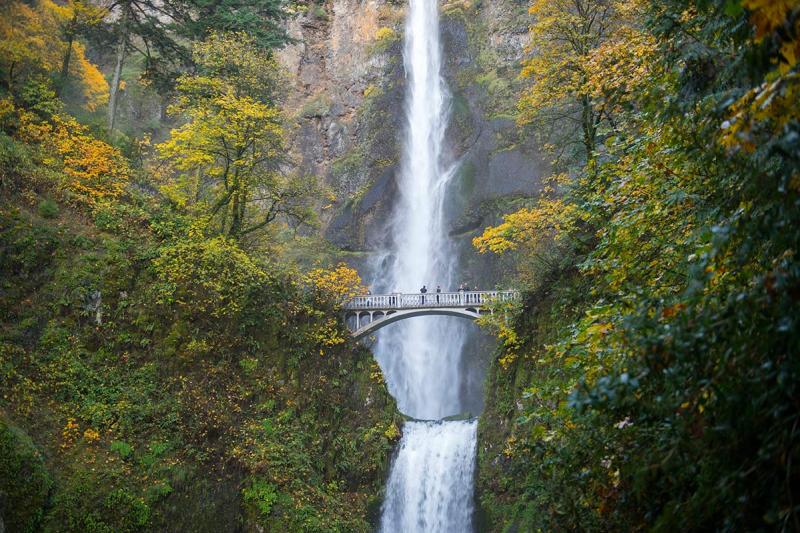 Writer Chuck Palahniuk is responsible for many books involving the strange journeys of antiheroes. In the spirit of his bizarre-yet-beloved novels, the Pacific Northwest native sat down with Wired to give them a list of his favorite weird spots to patronize in Portland, Ore.

“Portland used to have these old themed restaurants—big grand old supper club kind of places. For the most part they’ve disappeared, but one of the very few left is Wilfs. It’s in the train station. Nobody really thinks to go and have dinner at the train station, but there’s a jazz club and a classic red-velvet-filled dining room. They still do steak Diane and all these flaming things that they prepare tableside, so it’s like walking into Mad Men.”

“St. Johns is a cool neighborhood now, but I’ve always liked the St. Johns Twin Cinema. It opened in 1925 and typifies theaters of that era. They originally called it the Venetian. It has the ornate shabbiness of century-old plush everything.”

“I like the Hawthorne Hophouse up at Southeast Hawthorne and 41st Avenue. They have outdoor tables, and they let me take my dog there. I go almost once a week all summer, because they will serve my dog from the children’s menu.”