100 Years Later: Celebrating the Work of ‘Call of the Wild’ Author Jack London 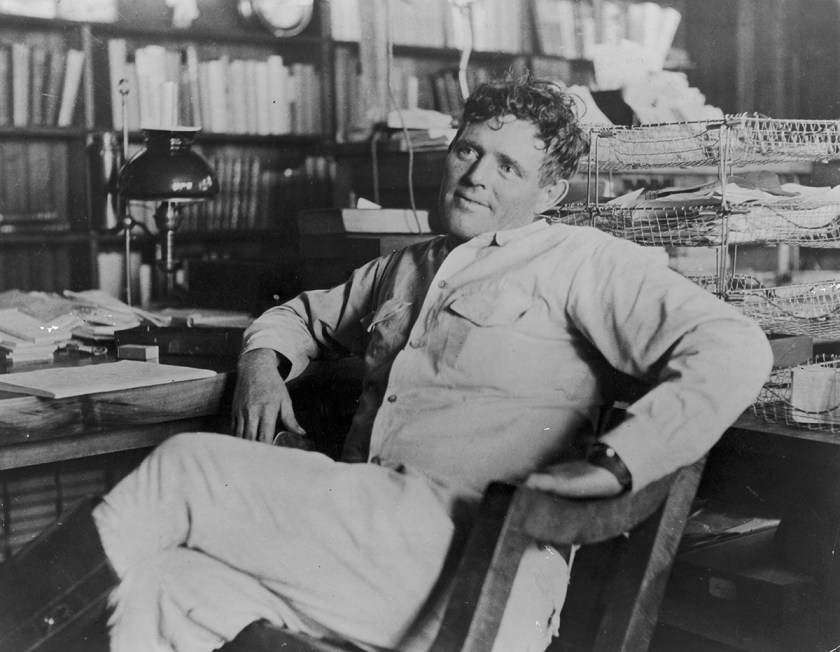 Author Jack London might be best known for the high school English class staple, The Call of the Wild, but he was so much more than just that book. As of November 2016, it’s been a century since his death at the tender age of 40, and his own story deserves to be retold—at the very least, so that you might be compelled to pick up another one of his books or re-read the classics. He’s nothing short of an American treasure.

(Let’s get this out of the way up front: London is certainly a controversial figure, having been an unabashed atheist, socialist, and at times, racist. That said, we’re looking at his body of work, not his character or belief systems.)

Known for his prolificness, the San Francisco–born London was first published at age 17, going on to publish over 50 books, scads of short stories, essays, and other written works over his short lifetime. (His bibliography reads like James Brown’s discography.) As the Jack London Museum in California notes, his great motivator was money, because he grew up poor—and his pen eventually made him a fortune, earning him millions of dollars. But he seemingly never lost sight of his craft. In 1913, three years before his death, he was quoted as saying, “All I wanted was a quiet place in the country to write and loaf in, and get out of nature that something which we all need, only the most of us don’t know it.”

During his career, he would average anywhere from 1,000–5,000 words a day, hence his tremendous output. And during that time, he would develop a distinct narrative voice, one that easily stands up with the Hemingways and Kerouacs of the world. Says Smithsonian magazine’s Kenneth Brandt of the author’s groundbreaking writing style:

“With a keen eye and an innate sense, London recognized that the country’s growing readership was ready for a different kind of writing. The style needed to be direct and robust and vivid. And he had the ace setting of the ‘Last Frontier’ in Alaska and the Klondike—a strong draw for American readers, who were prone to creative nostalgia. Notably, London’s stories endorsed reciprocation, cooperation, adaptability and grit.”

For a comprehensive look at London’s short but highly prolific career, read Smithsonian‘s feature here. If you want to dig yet deeper, watch this 30-minute interview with Jack London Museum docent, Louis Leal, about the author’s career.