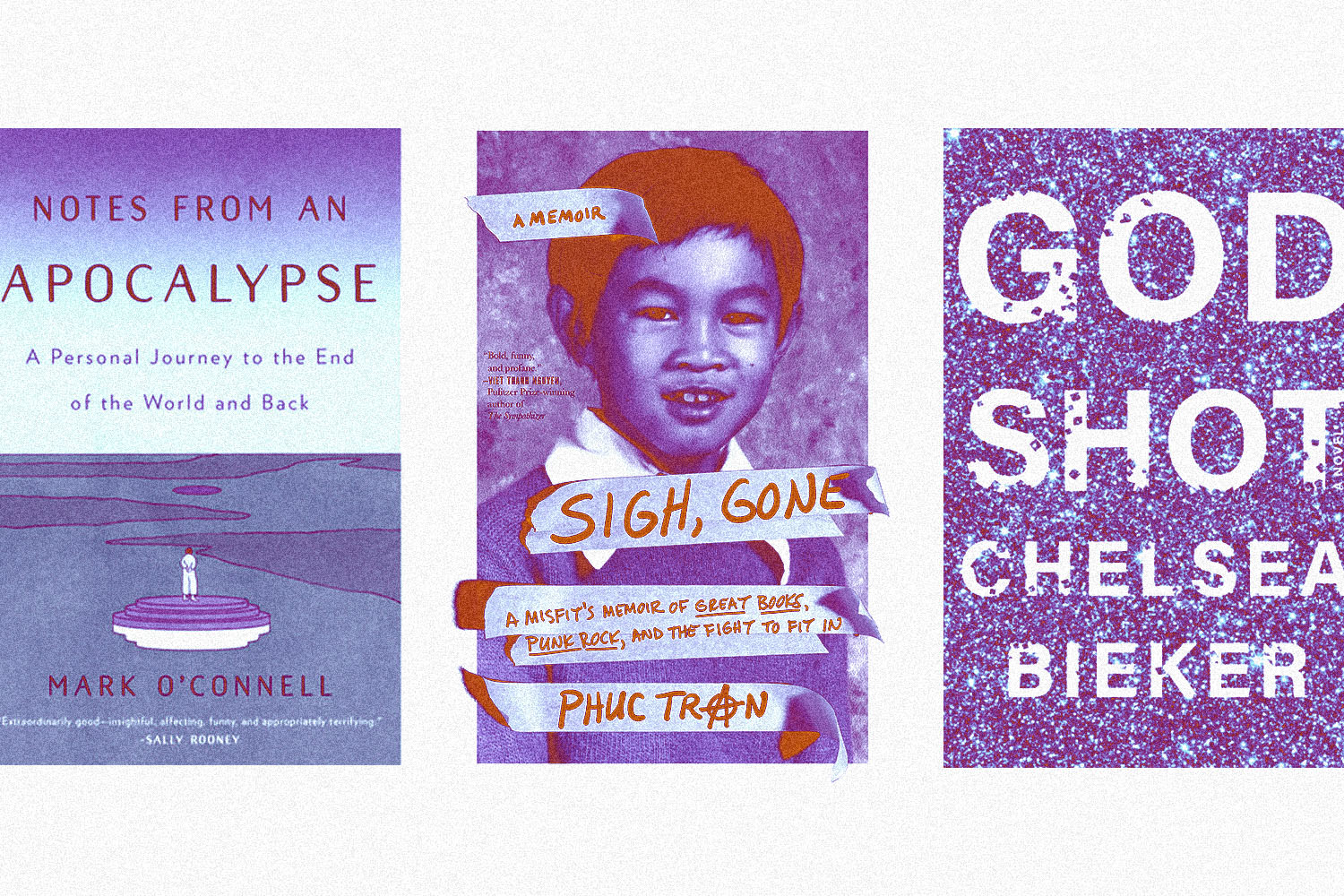 Hey. If you’re reading this, you’re no doubt stuck inside. Since we’re also not really going out these days unless it’s to walk our dogs or drink a beer alone on our stoops, we’ve had plenty of time to suggest pants to wear while working from home, British shows you can stream and what you can do with all those bananas you bought in a panic. But besides trying to stay fit and staying at least six feet away from people, the thing we might suggest the most is taking this time to read. Pick up that novel you’ve been meaning to get through for years, then pick up another and another. Read because it helps to pass the time, but also do it so your mind doesn’t go to mush.

And one more word to the wise: if you do buy any of the books below, we recommend supporting indie bookstores by purchasing through a new online marketplace called Bookshop. Amazon’s making plenty of money on TP and hand sanitizer right now; buy your literature elsewhere.

With that, here are five new books to consider ordering to the comfort of your own home.

Godshot by Chelsea Bieker (Out now)

Haven’t read this one yet, but a friend described it to me as “Dystopian California gothic,” but didn’t elaborate much beyond that. To be honest, I’m sold on that description. Plus, the publisher, Catapult, hasn’t put out one bad book since its founding a few years back.

Two of the nonfiction books that have stuck with me in the last few years are This Blessed Earth: A Year in the Life of an American Family Farm by Ted Genoways and God Land by Lyz Lenz. In a sense, both books are about faith: Genoways’s on the undying faith middle-American farmers put in the land and their trade only to face heartbreak and financial ruin because of a system that doesn’t care; Lenz’s on people in the same part of America who put their hopes in religion. Marie Mutsuki Mockett’s American Harvest sits comfortably between those two titles, following evangelical Christian Eric Wolgemuth through the wheat fields of Nebraska to tell a tale that is at times haunting, sometimes moving and always reported with a keen eye and open mind. This is one of the most important books of 2020.

Hidden Valley Road: Inside the Mind of an American Family by Robert Kolker (April 7)

Nothing short of groundbreaking. Robert Kolker’s latest explores the story of the Galvin family: at first glance, they’re the all-American family — well, with 12 kids, at least. Don has a good job, the kids are all born throughout the ’40s into the ’60s, and everything looks normal on the surface. But behind closed doors is an entirely different story. By the ’70s, six out of the 10 boys in the family are diagnosed as schizophrenic. That leads to one of the first studies of an entire family by the National Institute of Mental Health, and this fascinating account of it.

Notes from an Apocalypse: A Personal Journey to the End of the World and Back by Mark O’Connell (April 14)

In the coming months and years, there will be no shortage of books about the sort of apocalyptic horrors that faces us between this current pandemic and all the damage we continue to cause the environment. That’s why Mark O’Connell’s timing is, well … I wouldn’t say “good,” because there’s nothing good about writing a book about people preparing for the end times. But O’Connell, the timing of this book and his eye for observation make this not only one of the most topical books of 2020, but also one of the best.

Sigh, Gone: A Misfit’s Memoir of Great Books, Punk Rock, and the Fight to Fit In by Phuc Tran (April 21)

This is just the kind of book that will take your mind off things. The story of Phuc Tran’s immigrant family moving to the middle of Pennsylvania, and young Tran finding their way through America by reading classic novels and getting into ’80s punk rock is the sort of coming-of-age story that’s hard to not love.