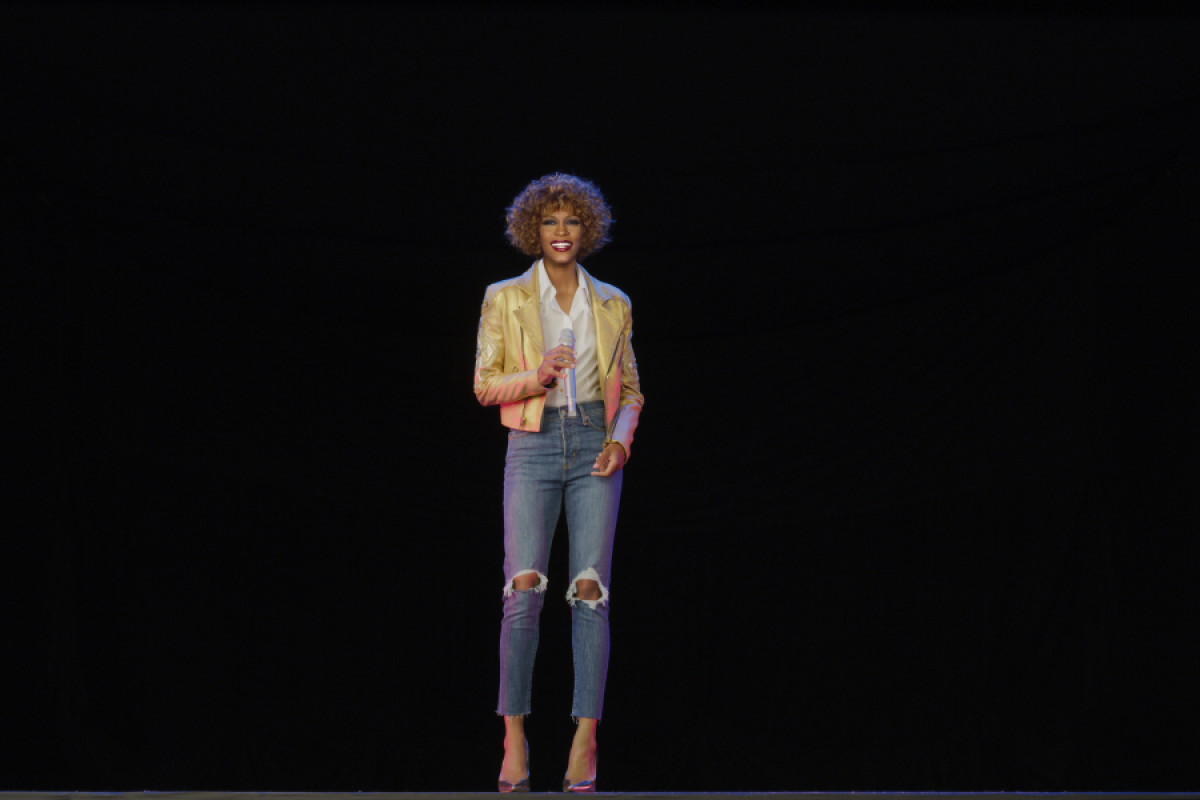 The Whitney Houston hologram, courtesy of Base Hologram.
By Bonnie Stiernberg / February 21, 2020 11:51 am

Earlier this week it was announced that eight years after her untimely death, Whitney Houston will be hitting the road again, touring Europe —  in the form of a hologram. After a clip of the hologram singing “Greatest Love of All” hit the Internet, fans were quick to jump all over it, noting the reanimated Houston’s inherent creepiness and pointing out its awkward movements, which one person likened to a Sims character wafting away a fart.

But the quality of the hologram isn’t to blame. No matter how lifelike we make them, turning deceased musicians into holograms will always be creepy, weird and immoral.

Besides the fact that tours like these are almost always nothing more than an obvious cash-grab, there will always be something off-putting about seeing someone we know to be dead moving around, talking, and yes, singing. Turning someone into a hologram after they’ve passed away is, for all intents and purposes, reanimating a corpse. It may look a little smoother, but when it comes down to it, we’re basically turning our beloved artists into the dead guy from Weekend at Bernie’s.

As the Los Angeles Times points out, one of the creepiest parts of the Whitney Houston hologram is the banter they’ve come up with for her to say in between songs. “For the next part of her act, the superstar entertainer said, she wanted to sing a few songs ‘from the movies that I did’ — not ‘the movies that I’ve done,’ as a living (and still-ambitious) artist would surely have put it,” the publication notes. The reminder that we’re watching someone from beyond the grave makes it feel less like a concert and more like a visit to the Hall of Presidents at Disneyworld.

But beyond simply being creepy, turning an artist into a digital marionette after their death raises plenty of ethical questions as well. After Justin Timberlake stirred up controversy in 2018 with his plans to perform with a Prince hologram at the Super Bowl, the hologram was swapped out for a large projection on a screen. As many fans and former collaborators pointed out at the time, Prince had gone on record before he died as saying he was not a fan of digital technology that could “create a situation where you could jam with any artist from the past.”

“That’s the most demonic thing imaginable,” he said. “Everything is as it is, and it should be. If I was meant to jam with Duke Ellington, we would have lived in the same age. That whole virtual reality thing … it really is demonic. And I am not a demon. Also, what they did with that Beatles song [“Free as a Bird”], manipulating John Lennon’s voice to have him singing from across the grave … that’ll never happen to me. To prevent that kind of thing from happening is another reason why I want artistic control.”

There’s something grotesque about making an artist do something they’re not around to say no to, whether it’s Prince (who, again, pretty explicitly did say to never turn him into a hologram) or Elvis Presley duetting with Celine Dion on American Idol. Family members or estate managers have to sign off, of course, but unless a musician specifically gave a blanket OK to use their image for anything and everything after their death while they were still living, there’s really no way of knowing what they’d be uncomfortable with. Even if they were fine with the general concept of a hologram, they’re not there to approve every performance, every collaboration or every line of awkward banter we’re sock-puppeting out of their mouthes.

Would Tupac, whose hologram performed Coachella back in 2012, be okay with someone Photoshopping a pair of Supreme boxers onto him and making the dead rapper the face of the brand’s Spring 2020 collection? We can only speculate, and that’s reason enough to not do it.

But even if you’re able to compartmentalize the moral dilemmas, there remains the simple question of why. We live in an era where everything is at our fingertips. What’s the point of shelling out money to go see a digital bastardization of a legendary dead musician when you can just pull up the same performances on YouTube? There’s no way the hologram can compare to the real thing; why can’t we just let the greats rest in peace? Stream their music, watch their old performances, buy their merchandise — but please don’t, as Whitney Houston once sang, take away their dignity.