Songs of the Week: Lauryn Hill, Noel Gallagher and More 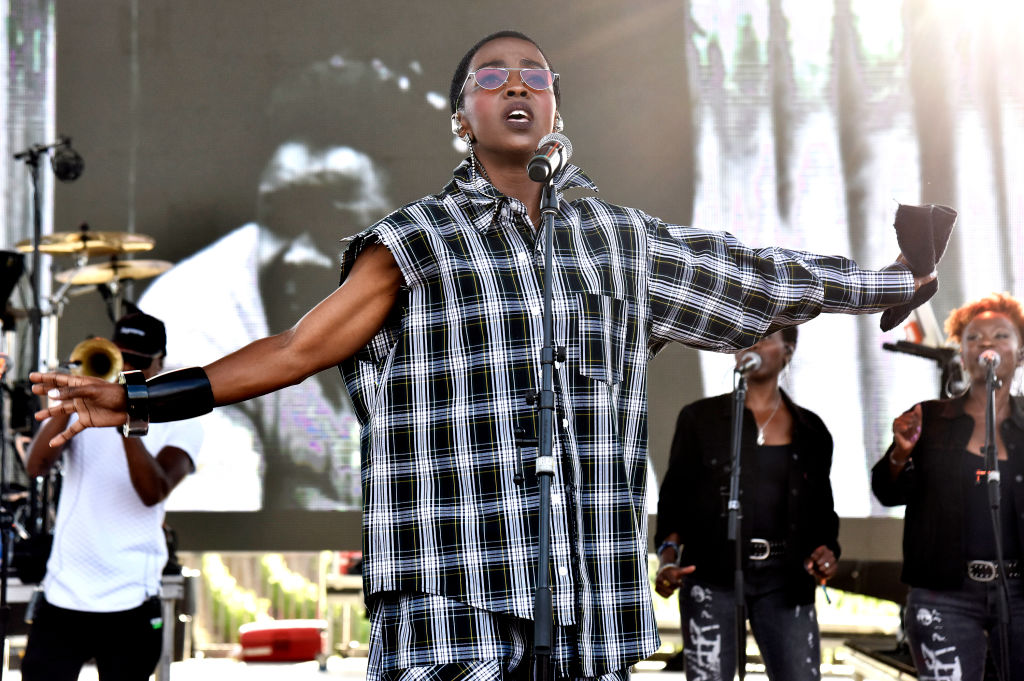 Maybe it’s because as winter sets in we inch ever closer to awards season, but this was a big week for soundtrack releases. Less than 24 hours after posting that Scooter Braun was attempting to block her from performing her own songs at the AMAs, Taylor Swift dropped her Cats ballad. Earlier in the week, Jewel released the emotional “No More Tears” from the documentary Lost in America. And from Queen & Slim we got a new track from none other than Ms. Lauryn Hill.

Of course, there were plenty of normal releases worth checking out as well, including everything from a Neon Indian protest song to a stunner from Moses Sumney. We’ve put it all together into one playlist below.

Billie Eilish, “everything i wanted”

Becoming a superstar as quickly as Billie Eilish did would do a number on anyone, so it should come as no surprise that the 17-year-old’s new single “everything i wanted” is a meditation on fame. (“I had a dream/I got everything I wanted/Not what you think/And if I’m being honest/It might have been a nightmare,” she sings.) But the song also pays tribute to her brother/collaborator Finneas and the way they lift each other up. “No matter what happens, we always have been and will be there to make it better,” Eilish said in a statement.

Of Montreal, “Peace to All Freaks”

Of Montreal’s new album UR FUN will be out Jan. 17 via Polyvinyl, and this week we got our first taste of the follow-up to 2018’s White Is Relic/Irrealis Mood in the form of “Peace to All Freaks.” Frontman Kevin Barnes cites Janet Jackson and Cyndi Lauper as influences on the album’s sound in a press release, and you can definitely hear those ’80s vibes on the synthy track.

Just in time for Trump’s impeachment hearings, Neon Indian unveils the excellent “Toyota Man,” which features Alan Palomo singing in Spanish for the first time to voice his support for migrant laborers and DACA recipients. “We came here to study, we want to work, we’re all Americans,” Palomo, who was born in Monterrey, Mexico, reminds us. He also directed the music video for the track, which features appearances from his parents and a Trump piñata.

“Guarding the Gates” has been a part of Lauryn Hill’s live show for years now, but we finally have a studio version thanks to the Queen & Slim soundtrack. The Lena Waithe-written movie follows a black couple (Daniel Kaluuya and Jodie Turner-Smith) who are forced to go on the run after they shoot a police officer (played by Sturgill Simpson) in self defense.

“There’s an ice cream party at my house, please come over,” Isaac Brock sings on Modest Mouse’s new single, the aptly titled “Ice Cream Party.” And if you happen to be in Portland, you can sample your own Modest Mouse ice cream; the band collaborated with local shop Ruby Jewel on a special ice cream sandwich to celebrate the song’s release.

“Wandering Star” is the first offering from Noel Gallagher’s High Flying Birds’ forthcoming EP, Blue Moon Rising (out May 6, 2020), and the former Oasis guitarist is pretty confident you’ll like it. “It was written in Abbey Road last November on the same day I wrote ‘Black Star Dancing,’” he said in a statement. “It’s that good, it sounds like it took 5.4 people to come up with it. It’s already a live standard and we haven’t even played it yet.”

At long last, we have new Moses Sumney album: græ will be released in two parts next year, first in February and again in May. This week, Sumney debuted its first single, “Virile,” along with a self-directed music video. He describes the concept for the video in a press release thusly: “In a post-human world, the last remaining man is caught between Beauty and Brutality’s battle to dominate the earth and his body.”

Jewel’s first new song in four years comes as part of the forthcoming documentary Lost in America, which examines youth homelessness and the failures of the foster-care system. The musician co-produced the doc, which will be out next year, with Rosario Dawson and Halle Barry. “You see love is a mystery/And I still see its shining face,” she sings. “There are no more sad songs, just blue skies/No more tears to cry.”

Taylor Swift plays a cat named Bombalurina in the movie adaptation of Cats, and she collaborated with Andrew Lloyd Weber on a new original song for the musical’s soundtrack. “Beautiful Ghosts” is sung by Francesa Hayward in character as Victoria the White Cat and reprised later by Judi Dench (as Old Deuteronomy) in the film. The Swift version released this week, which features some impressive vocals from the pop star, plays over the closing credits.

Danger Mouse and Sparklehorse’s Mark Linkous recorded a lot of music (including the collaborative album Dark Night of the Soul) before Linkous’s death in 2010, and this week the previously unreleased “Ninjarous” finally saw the light of day. “Mark and I worked on a lot of music together,” Danger Mouse said in a statement. “But the song we did with MF DOOM was always one of Mark’s favorites. He’d kept on me to put out, so I’m happy to pay tribute to him by getting it out there.”