15 Other Hidden Figures Throughout History

These women deserve credit for their game-changing work.

On board Scene-Astronaut Sally K. Ride, STS-7 mission specialist, communicates with ground controllers from the flight deck of the Earth-orbiting Space Shuttle Challenger. Dr. Ride holds a tape recorder. The photograph was taken by one of her four fellow crewmembers with a 35mm camera.
Bettmann Archive
By Rebecca Gibian

The movie Hidden Figures was released in 2016 to high praise and huge box office success. The movie wasn’t just entertaining: It underscored just how many women in history were never given proper credit for their impact.

In 2018 there is more focus on women’s roles, both now and in the past. The New York Times recently addressed the fact that the subjects of their obituaries are mostly white men and the paper is trying to rectify that with a new collection of obits for women and others who never received them. Movies like Wonder Woman  and A Wrinkle In Time and TV shows like Orange is the New Black or Sharp Objects have also featured complex, well-rounded female leads.

We wanted to acknowledge the roles women have played in industries around the world. So we decided to take a look at other amazing women who deserve to be put in the spotlight for their game-changing work. 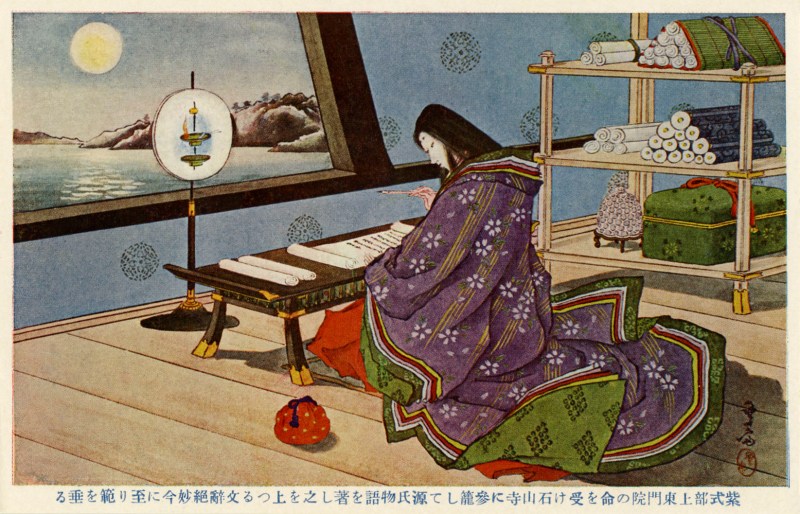 Lady Murasaki (Murasaki Shikibu c.978-1014) writing the Tale of Genji at Ishiyama Temple. The Tale of Genji was a court Romance, relating the story of emperor Genji, and is sometimes considered to be the world’s first novel. (Photo by Culture Club/Getty Images)
Getty Images

Murasaki Shikibu is considered the first modern novelist. Her novel, The Tale of Genji, is thought of as one of the world’s finest and earliest novels. She is the best known writer to emerge from Japan’s Heian period. 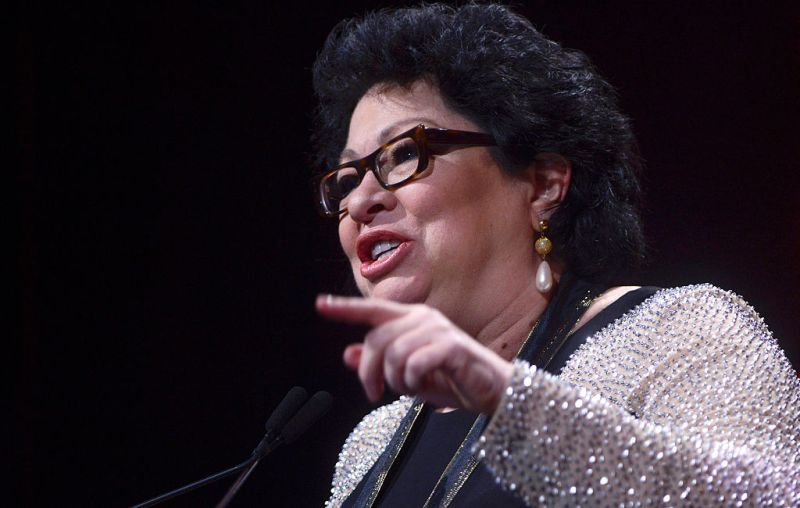 Sotomayor became the first Latina Justice of the Supreme Court in 2009. She voted for the legalization of gay marriage in all 50 states in 2015. 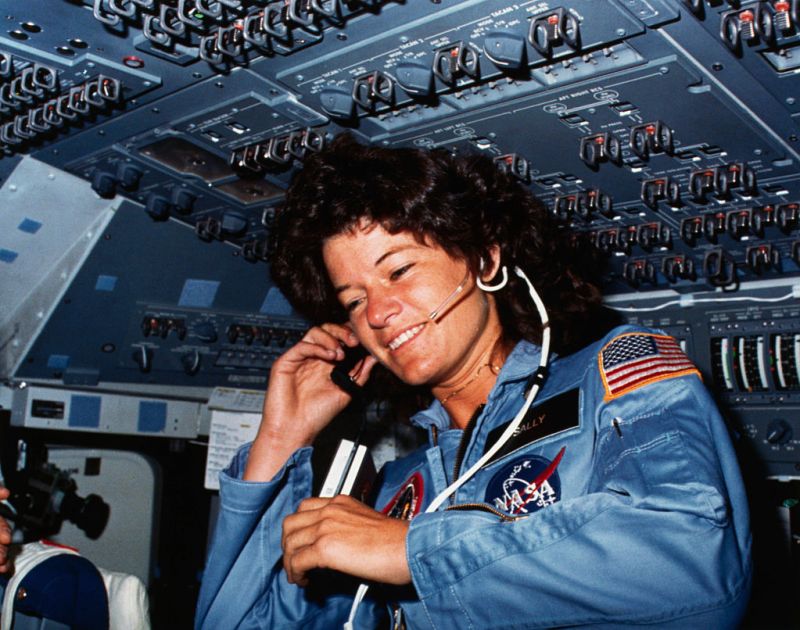 Onboard Scene-Astronaut Sally K. Ride, STS-7 mission specialist, communicates with ground controllers from the flight deck of the Earth-orbiting Space Shuttle Challenger. Dr. Ride holds a tape recorder. The photograph was taken by one of her four fellow crewmembers with a 35mm camera.
Bettmann Archive

She became the first American woman in space when she flew the Challenger on June 18, 1983. She had joined NASA in 1978 and was the third woman in space overall. She was the first woman to operate the Challenger’s robotic arm, and she later became a champion for science education. She served on the accident investigation boards set up in response to the two space shuttle tragedies, the Challenger in 1986 and Columbia in 2003. In 2009, she was on the Augustine committee that helped define NASA’s spaceflight goals.

Clarke was a pioneering electrical engineer who worked as a “computer,” someone who did difficult mathematical calculations before modern-day computers were refined. She had trouble finding work as a female engineer but eventually because the first professionally employed female electrical engineer in the United States in 1922. Her career paved the way for women in STEM. She was inducted into the National Inventors Hall of Fame in 2015. 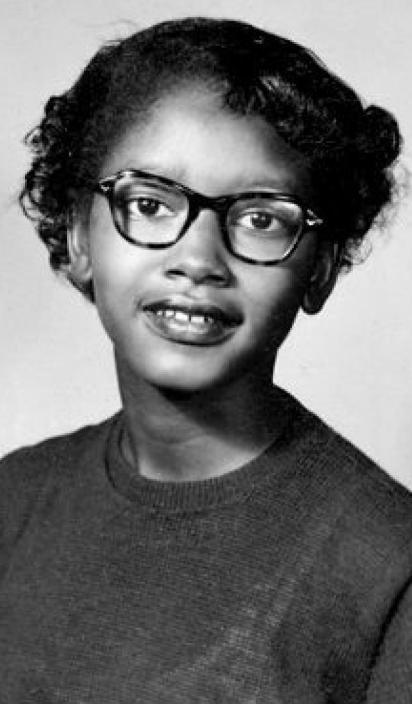 Though Rosa Parks is widely recognized for not giving up her seat on a bus, 15-year-old Claudette Colvin did the same thing in Birmingham nine months before Parks. She later served as one of the four female plantiffs in Browder v. Gayle, which overturned bus segregation laws in Montgomery. Colvin became pregnant at 16, and the NAACP decided to not publicly use her case to challenge segregation, according to Odyssey.

A famous American transgender and gay activist, Marsha P. Johnson is well known for her prominence during the Stonewall Riots. She also co-founded STAR, which is a transgender group that provided shelter to homeless trans teens. Johnson worked with the Gay Liberation Front, which advocates for rights and safety for the LGBT community. 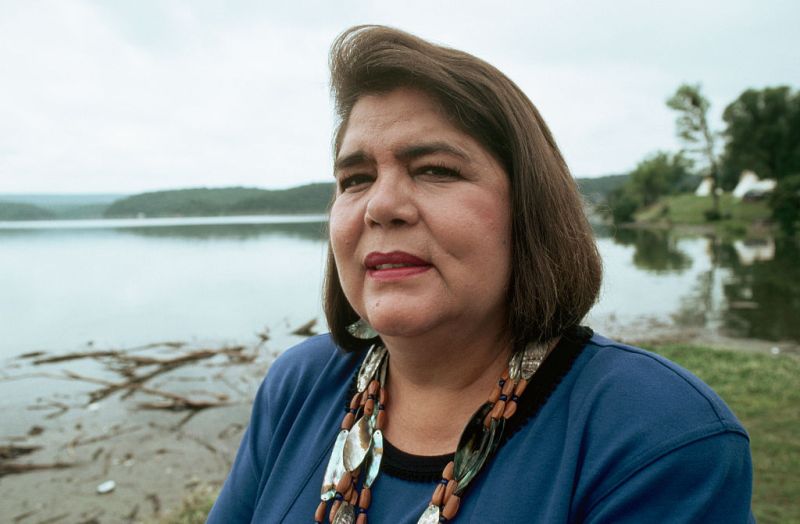 Gilbreth received her Ph.D. in psychology from Brown University, and is best known for revolutionizing management techniques, which she applied to both major corporations, and also to her household of twelve children, as written in the book Cheaper By The Dozen. She was the first female commencement speaker at the University of California, first female engineering professor at Purdue, and first woman elected to the National Academy of Engineering.

Ochoa was the first Latina astronaut in history. She now serves as the director of the Johnson Space Center. She has three patents on optical systems. 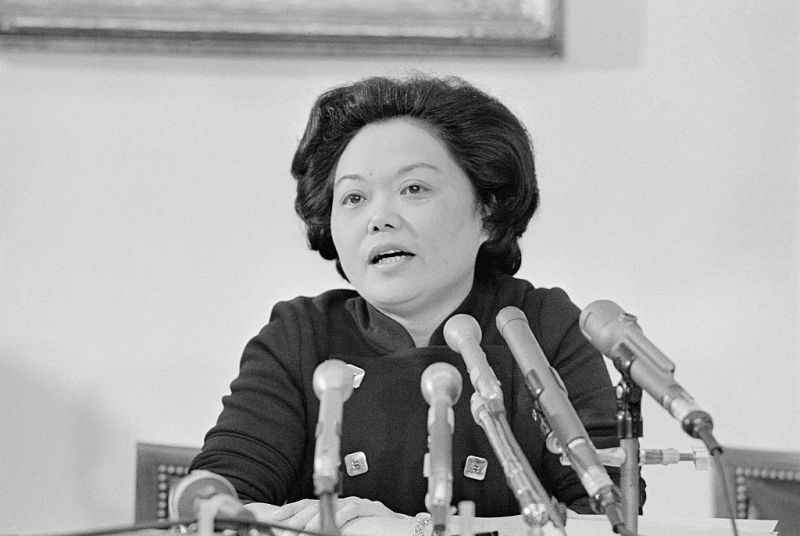 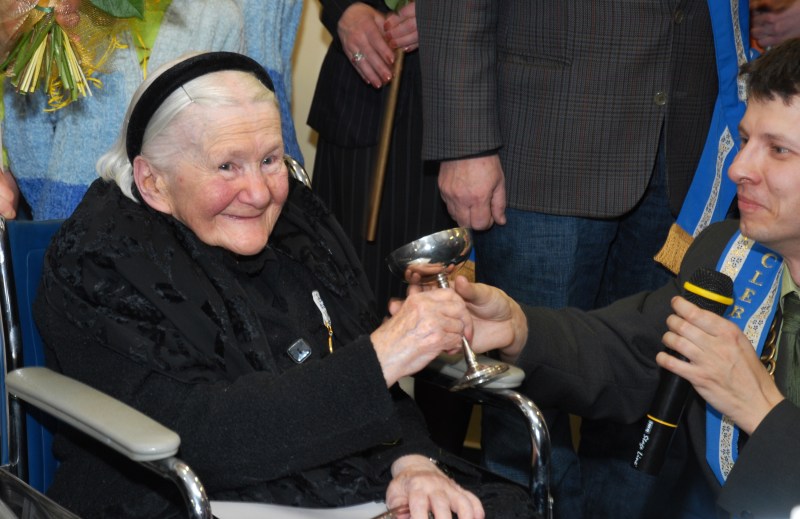 Irena Sendlerowa attends a reception at which Polish children presented her with the Order of Smiles at Bonifraters Monks nursing home on April 11, 2007 in Warsaw, Poland. Nobel Peace Prize nominee Mrs Senderlowa is renowed for her efforts in rescuing an estimated 2,500 Jewish children from the Warsaw ghetto during World War II. (Wojtek Laski/Getty Images)
Getty Images

Sendler saved over 2,500 Jewish children during the Holocaust by smuggling them to safety in an ambulance. She was captured and beaten by the Nazis, but she did not tell them anything and was eventually rescued. 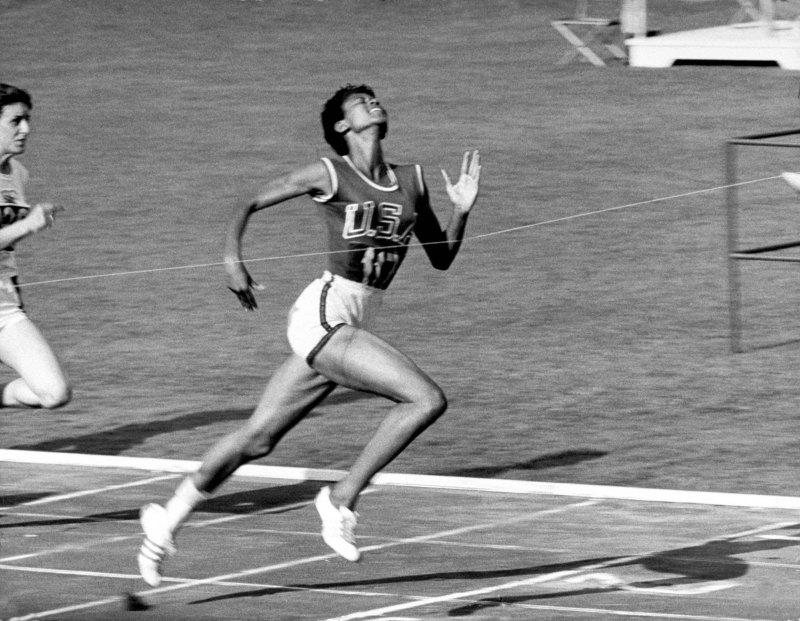 Rudolph was only 20-years-old when she became the first ever woman to win three gold medals in track and field at the 1960 Summer Olympics in Rome. She was born prematurely, and suffered from polio. She wore metal leg braces until she was 12. 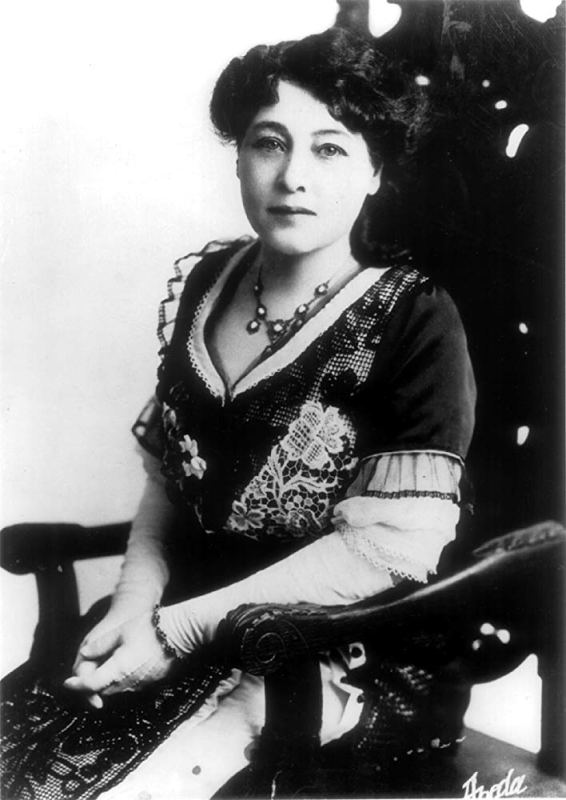 Guy is recognized as the first ever woman film director. She is also credited with being one of the first filmmakers to sync sound with picture. She had a hand in more than 1,000 films during her career. 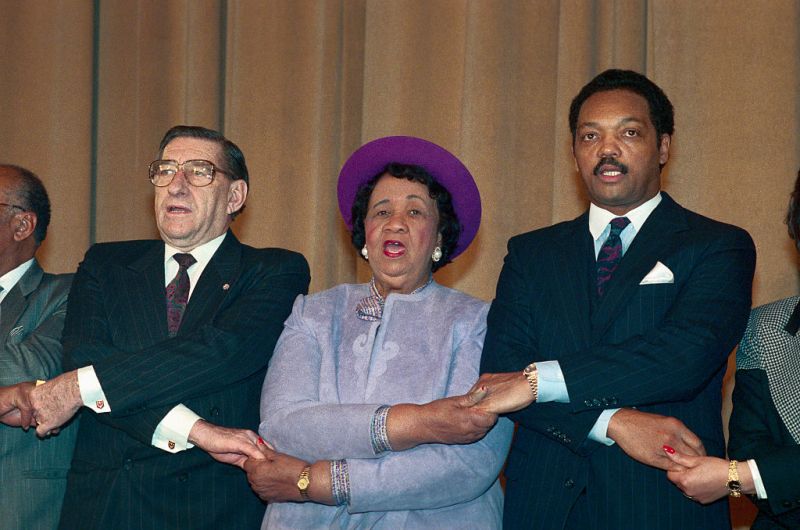 Dr. Piet Koornnor, the South African ambassador to the U.S., joins hands with Dr. Dorothy Height, President of the National Council of Negro Women, and Rev. Jesse Jackson, during a chorus of “We Shall Overcome” at the conclusion of the First International Ecumenical Prayer Breakfast 1/15. The ambassador took the stage midway through the song on Jackson’s invitation. The breakfast celebrated the birthday of Martin Luther King, Jr.
Bettmann Archive

Barack Obama called Height the “godmother of civil rights” for her work on many social movements in the 20th century, including equal pay for women, voting rights and desegregation of schools. She was the president of the National Council of Negro women for 40 years and was an adviser for many American leaders, like Eleanor Roosevelt and Lyndon B. Johnson. She received the Gold Medal in 2004, Congress’s highest honor.

Editor’s Note: The photograph of Alice Guy was inaccurate and has been replaced.