The Odd Obsession Guide to the Chicago International Film Festival

5 sleeper picks for your viewing pleasure

The Chicago International Film Festival kicks off today and, man alive, is it a doozy.

Two weeks. Two-hundred-plus films from all over the world. One you. Much overwhelming.

That’s why we linked up with cinephile and all-around good guy Brian Chankin — owner of our favorite independent video shop, Odd Obsession — to clue us in on the festival’s best sleeper flicks.

Chankin’s a collector. A sci-fi and horror lover. A modern-day polymath who dabbles in all genres. His Bucktown movie emporium, which just expanded to a new location, exists largely off the grid. It’s every film buff’s secret weapon of resource.

Out-of-print gems. Experimental oddities. Cheap ‘80s B-roll. Stacks on stacks of indie pictures from all over the world. The list, like a Scorsese melodrama, goes on and on…and on.

Point is: Chankin knows how to spot a lesser-known gem, and as it turns out, the Chicago International Film Festival’s got a few. Below, the five films on Chankin’s personal watch list.

As for tickets, find ‘em right here. Sally forth.

“The only West African film I saw on the list,” which, if you know Chankin, makes a lot of sense. His other project is Deadly Prey Gallery, an art gallery dedicated to hand-painted movie posters from Ghana and West Africa. Adama is an animated French film that follows a young boy in search of his brother during the First World War. Good for the whole family.

Winner of the Best Director prize at this year’s Cannes Film Festival. It’s Chankin’s most accessible pick and a definite must-see for all. “Hou Hsiao-Hsien is a very popular director at the video store. Basically, it’s a fantastical action movie with a pretty lens to it.” We like the sound of that. Nutshell: a historical martial arts movie set during the ninth-century Tang Dynasty.

Chankin’s “wild card pick,” Entertainment follows a down-on-his-luck comedian (Gregg Turkington) as he tours small clubs in the American southwest. Be warned: Director Rick Alverson’s sense of humor is decidedly not for everyone. But the all-star cast — John C. Reilly, Michael Cera and up-and-comer Tye Sheridan — make up for it.

“Not my typical pick, but I chose it after reading the completely dreadful and depressing synopsis. But then I realized [director] Jia Khangke also did A Touch of Sin, my favorite from 2013.” Themes of family, capitalism and society are at the core of this Chinese drama, which is told in three parts spanning 25 years. 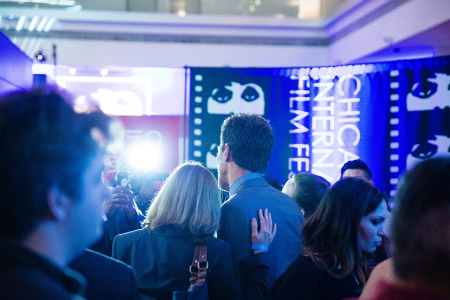 10 Movies to See at the 2018 Chicago International Film Festival 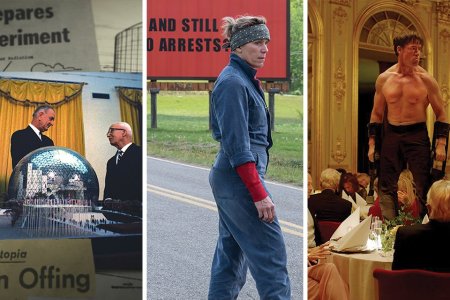