Yet another reason to hop aboard the hit musical's hype train

The Hamilton Mixtape hit the internet last week, a 23-song homage to the original featuring remixes, cut demos and brand new tracks. After spending the weekend giving it a thoughtful listen, we can say with confidence that you really messed up if you haven’t also been listening to it on repeat.

With guest spots from Alicia Keys, Wiz Khalifa, Chance The Rapper, Usher, Kelly Clarkson and Nas, it’s clear Hamilton’s creator Lin-Manuel Miranda could pick anyone he wanted for this project (11 Tonys, a Grammy, the Pulitzer and unprecedented revenue will do that). He even got Jimmy Fallon to sing — jokingly at first, but then for real, and without impressions.

“That was probably the most fun we had,” producer Ahmir “Questlove” Thompson told EW about Fallon’s take. It’s also a rare moment of levity on an otherwise soulful recording, highlighted by “Immigrants (We Get The Job Done)” — a new song based on one of the show’s most popular lines — by K’naan, Snow Tha Product, Riz MC and Residente.

Say I won’t add Dear Theodosia to my set list. Say I won’t

While we’ll gladly feed the Hamilton hype machine and agree that every song on the original Broadway cast recording is essential listening, the same cannot be said of every remake. Usher valiantly takes on the best song in the show, “Wait For It,” sung by the character Aaron Burr, but the conviction of Leslie Odom Jr.’s original is out of his reach. Knowing Miranda was pickiest about this song makes it all the more surprising. As he told EW, “I may never write a song that good again.”

What comes next? Well, if your favorite song by George Washington didn’t make the cut or you’re still holding out for a Beyonce cover of King George, don’t stress. Miranda promised a second volume.

What, y’all though we’d leave Schuyler Sisters unremixed? Room Where It Happens? One Last Time?
OF COURSE vol. 2!
(Lemme finish vol 1 tho) https://t.co/OE4soxfPLJ 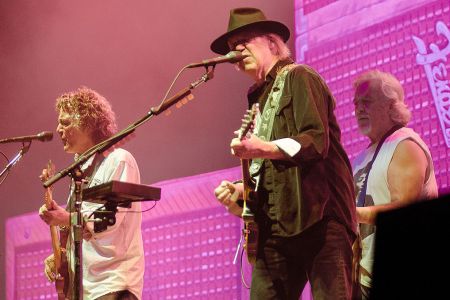