This week intergalactic badass Peggy Whitson broke the record for longest stay in space. To mark the achievement, President Trump personally gave the astronaut a call, during which Whitson described the practice of purifying urine in space to make it drinkable, as water is especially precious up there, assuring the incredulous Mr. Trump that “it’s really not as bad as it sounds.”

We’ll have to take your word for it, Astronaut Whitson, but in the meantime there is promising ongoing research into growing vegetables in space, with the hope that future Earthlings-cum-Martians will have something a little more appetizing to look forward to.

In partnership with the Agriculture Department at the University of Arizona, NASA has developed a prototype for an inflatable hydroponic greenhouse that allows plants to use carbon dioxide exhaled by astronauts to generate oxygen and photosynthesize.

Under the direction of Dr. Gene Giacomelli, Director of the Controlled Environment Agriculture Center at UA, the team developed the  greenhouse — which measures 18 feet long and 7 feet in diameter — to run on either artificial or natural light. In addition to growing plants, the greenhouse can be used for air purification, waste recycling and water recycling.

For a little extra horti-pop-culture trivia, read Dr. Giacomelli analyze the facts and fiction behind the way intergalactic gardening was portrayed by Matt Damon in the Martian. 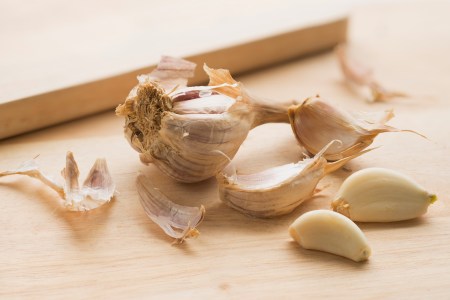