Yes, it was for charity

What else do you need?

Throw in a gorgeous beshingled private home in the Hamptons, with a tennis court and a glittering blue pool. A mess of sponsors peddling everything from cocktails to baseball caps and other swag. A worthy beneficiary in the Jack Brewer Foundation, run by the former NFL safety. The regal presence of social media superstar and all around branding maven YesJulz. A “money cannon” spewing bespoke dinero designed by Instagram art star Mister E. And all the pork tacos with pineapple salsa you could eat.

But it was the notion of all those gorgeous women (and their chisled male counterparts, let’s not forget them…) ditching the chic runway apparel in which they’re often clad for tiny scraps of Lycra, then hitting the sand in an all-out bid for athletic dominance, that drew several hundred onlookers to the swanky South Fork hamlet of Bridgehampton on Saturday.

Thus did Model Beach Volleyball — a Miami Beach mainstay for seven years now — make its Hamptons debut. “In Miami, it’s very competitive,” cofounder Olivia Ormos told Inside Hook. “A lot of the models there happen to be volleyball players.” While New York is better known for a different sort of mannequin (less sporty, more skinny), the participants’ dedication was palpable. “Usually they’re bickering and fighting over clients, whereas this is like a happy kind of place for everyone to get together,” Ornos added.

In the end Red Model Management beat out teams from Trump, Major, NY Models, One, BMG, Q Models, and Elite in a double elimination tournament.

To us, they’re all winners. 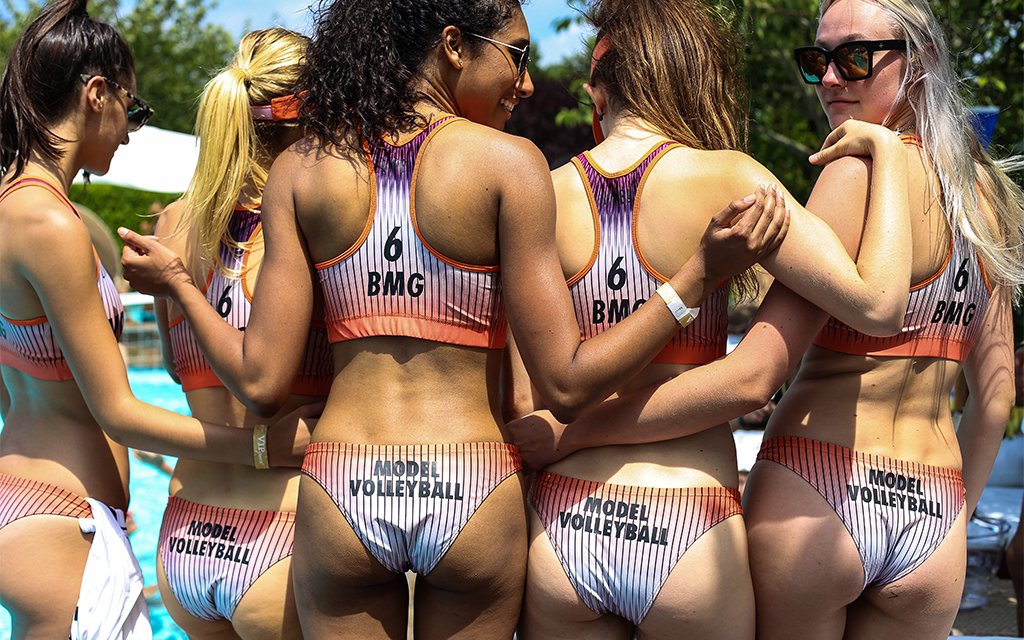 The BMG team huddles up. (Photo: Gmartnx for Model Volleyball)

The Blind Side star Quinton Aaron with a fan. (Gmartnx for Model Volleyball)

The BMG crew rocks out. (Gmartnx for Model Volleyball)

Everyone into the pool! (Gmartnx for Model Volleyball)