Items on Nia Franklin's agenda include robots and supporting a good cause.

For a good cause? Let’s talk.

The life-size robots are the handiwork of Advanced Robot Solutions. “It was exhilarating and such a rush — my first time walking in New York Fashion Week,” Franklin, 25, told RealClearLife.

“The focus of the show was charity,” she added. Donations went to funds to help the Cristian Rivera Foundation, which helps children with rare brain tumors.

Franklin told RCL she made the event, which featured Taiwanese designer, Sami Chen, of HappyFish Fashion, memorable by including her nearest and dearest. 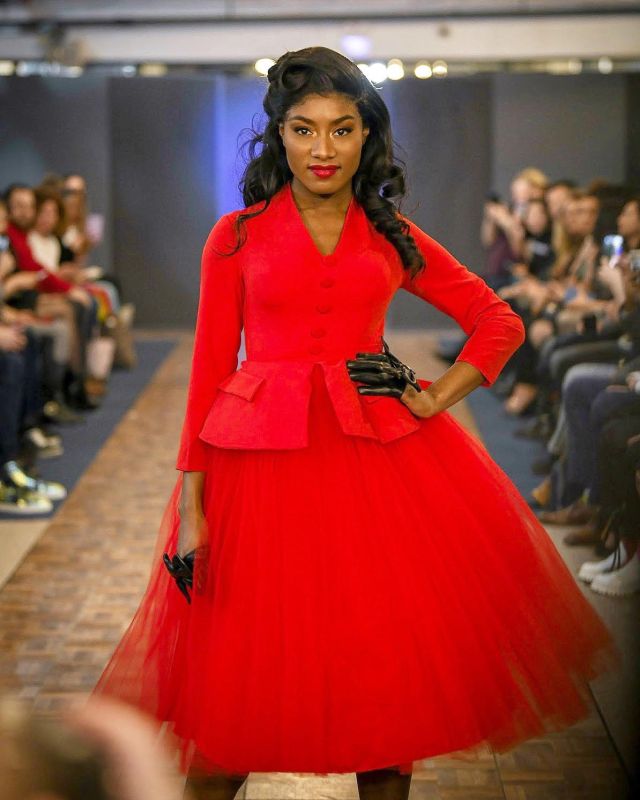 “I made sure to invite close friends so they could share this experience with me and see me walking for a cause,” she said.

As for being in the spotlight alongside some, well, robotic costars, Franklin was all for it. “I went in knowing that the robots would be in the show and that the show would make history.”

In a Fox 5 interview, Franklin said that her show is a taste of things to come. “They will be having robots at Fashion Week in New York all over next year,” she said. “It’s going to be like the 22nd century. Can’t wait.”

Asked if she had a favorite robot from pop culture — whether Rosie from The Jetsons or R2D2 from Star Wars, Franklin told RCL, “Ex Machina was a great film. It opened my eyes to how much androids and robots are integrated into everyday lives.”