The computer nerd ended up with the homecoming queen. 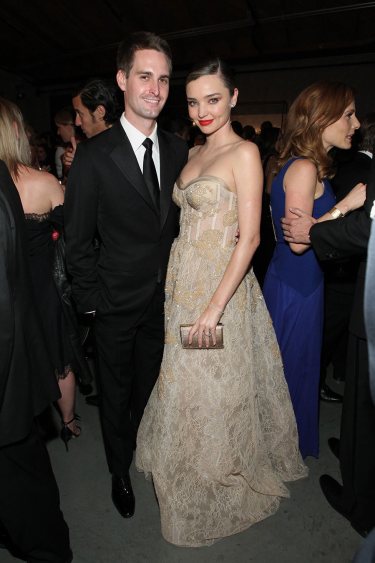 A source told the gossip news site that the guest list was limited to 50 people, and Miranda Kerr’s 6-year-old son, Flynn, was part of the ceremony.

Of course, it wasn’t so intimate that they couldn’t get music superstar Jason Mraz to perform a set.

Kerr, 34, was previously married to Flynn’s father, Pirates of the Caribbean actor Orlando Bloom. This is 26-year-old Spiegel’s first marriage.