In 2015, a team of lifelong robotics geeks put together a dream proposal: to create a league of multi-ton metal humanoids battling it out to the death—er, scrap heap—before a live arena audience. The robots would be manned by two human drivers—one to pilot and the other to fire cannonball-sized paintballs at the armored competition.

Produced by Boston-born, Bay Area-based MegaBots Inc. the metal realization of that dream, Mk2 — 15 feet tall, 12,000 pounds, and capable of hurling projectiles at speeds of over 130 miles per hour — was finished last summer. But what’s a killer robot without a worthy opponent? That’s when the MegaBot team challenged the world’s only other known giant fighting robot, the 9,000 pound Kuratas made by Japan’s Suidobashi Heavy Industries, to a duel.

On Wednesday, MegaBots officially launches its YouTube series documenting the building of their robot and its debut fight. Co-founder Matt Oehrlein got on the phone with us from the MegaBots shop to offer a look behind the steel curtain.

What have you been doing since building the robot?

Well, fundraising, for one. To help fund the work needed to make MK2 ready for battle, we launched a Kickstarter, which raised more than $550,000. Many more months were spent raising funds from venture capital firms in the Bay Area to fund the filming of the YouTube series that would track the build, as well as to fulfill the vision we’ve had from the beginning of creating a billion dollar sports league. Ultimately, we raised $3.85 million to start a giant robot combat sports league that’ll launch after the duel. So on the public face, it’s some guys putting on a hilarious and entertaining robot fight, but what’s behind it is a plan to create the next Formula 1.

Testing the bot’s stability. (Via Megabots/YouTube)

What does building a league entail, exactly?

Developing a robust robotics platform that is standardized but can be customized. When teams apply and join the league, they get a giant robot kit made up of, essentially, known components that we have battle-hardened and tested, from the hydraulic actuators and the controlling systems to the wearing harnesses. Basically, the really hard robotics technology that only the most advanced robotics labs in the world have a grasp on. Taking on all that work for the teams means that we can accelerate their build times, allowing them to create a multi-ton fighting robot in six months versus four years. We can guarantee performance—robots that work well, fail gracefully—and we can also guarantee new seasonal content for audiences around the world.

The MK2 is a 15-foot tall, 6-ton, twin-piloted combat robot, or “combat mech.” The term “mech” is probably more accurate — it’s from science fiction lore and is basically the word to describe a human-shaped vehicle commanded by a pilot. The new robot, MK3, will be bigger, taller, faster, and much more powerful, with hand-to-hand combat capabilities that might include a giant chain saw, a stump grinder, and a drill, because one of Japan’s requirements in accepting the challenge was that the robots would be able to engage in hand to hand combat. They thought it was “just too boring” to have the robots only shoot at one another, so both teams are building entirely new robots to compete in this duel. That’s a plot point that gets revealed during episode 1 of the series, but I think I can reveal it now. But ultimately what makes a good robot a great one will be a collaboration of robot and pilots.

What qualifies someone to pilot a giant fighting robot?

It’s mostly robotics knowledge, and an ability and willingness to get very familiar with the capabilities of the robot. That means lots of time inside the robot testing the weapons systems, learning what it feels like to put a brain in whole new body. There’s some physicality, but, I mean, we’re not doing lots of pushups or long-distance running or anything to prepare for a fight.

And two pilots are better than one?

MK2 is piloted by two people and MK3 will be as well. Japan’s Kuratas is piloted by one person. I don’t know if their new robot will have one or two pilots. But our hypothesis is people will really like watching the dynamic between two pilots so the MegaBots league will be standardized with two.

Who will compete in the league?

We imagine teams will be made up of a variety of people—engineering teams from tech companies, Formula 1 teams, battle bots builders, universities… basically anybody who has the passion and skills to build and control a giant fighting robot. From the financing side, we envision the teams may be funded by existing sports teams’s owners or paid for by sponsors, like the DuPont robot or the Red Bull robot.

The series will document the process of building MK3 as we prepare for this duel with Japan. We have planned 10 primary episodes, one to air every two weeks, as well as ancillary content. We’re hoping to launch the first league tournament with 8 to 16 robots about a year after the duel.

Aren’t you worried Japan will see what you’re up to?

We’re still in the build process, but filming a bit ahead of time, so we already have the first four or five episodes filmed. I don’t think there’s enough time to watch our videos and then go back and make changes to their robot. I’m not super worried. And ultimately I think our fans want more than the competitive advantage of us just going silent. They want to follow along with the process.

So when’s the big showdown?

We haven’t yet released that, or where in the world the battle will take place.

I imagine transporting a giant robot is as challenging as building it in the first place.

Yeah, well, that’ll be our next problem!

Photos (from top) by S.N. Jacobson, Megabots/YouTube, and Kristine Ambrose. 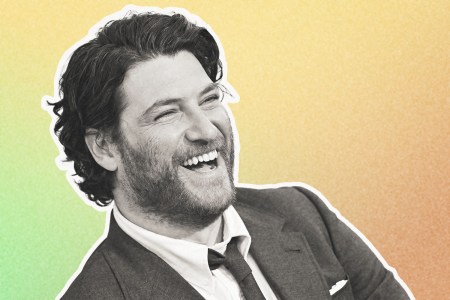