What It’s Like to Meet the North Korean Cheerleaders

Are we all just dancing to Kim Jong-Un’s tune? 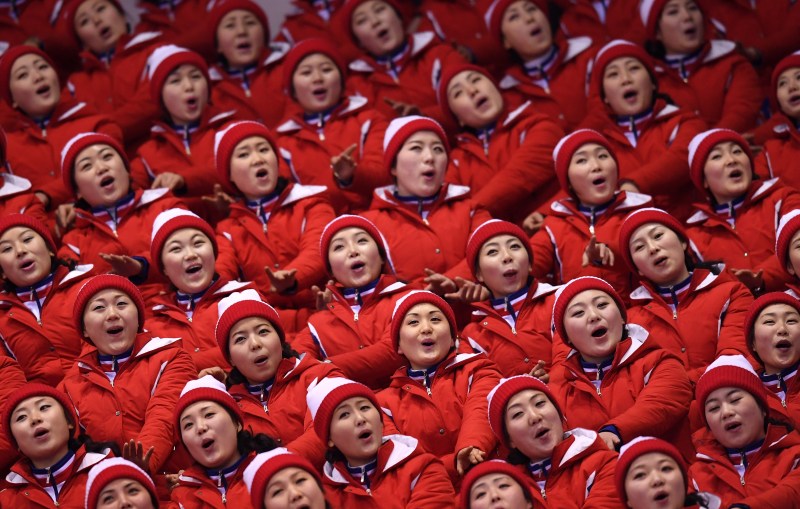 Beautiful women with red lipstick smiles swayed back and forth at the command of a conductor, flicking their red-starred flags in well-trained formation. Their songs were haunting, yet strangely soothing. My entire body tingled with excitement, curiosity and sentimentality — I’m going to be telling my future grandkids about this.

I ran into North Korea’s all-female cheer squad at the Women’s Slalom Alpine Skiing event in PyeongChang at the 2018 Winter Olympics. They were circled by dozens of spectators taking photos with their smartphones, I was one of them.

What must be going through the minds of these women, I thought. Do they find us as strange as we do them?

Gonna be telling my grandkids about seeing North Koreans at the Olympics. I have chills. #pyeongchang2018 pic.twitter.com/mVJtYVQMh3

North Korea’s “army of beauties” has been one of the most fascinating storylines of the Olympics. They made well-publicized appearances at the Opening Ceremonies with flags of a unified Korea and at several competitions, including a hockey game where they brought signs showing a man’s face (some believe it depicted supreme leader Kim Jong-Un’s grandfather Kim Il-Sung). They’ve also been under the microscope here in Korea. Local TV channels have been watching their every move – even voyeuristically filming them through their hotel windows or while washing their hands, The Washington Post reported.

Teasan Kang, a 28-year-old South Korean told RealClearLife about how he and his friends feel when they see the North Korean cheer team. “We feel two emotions: interest and pity,” he said. “But I’d put the point on pity.”

Like with many things in the hermit kingdom, nobody knows for sure who the women in the cheer squad or how they got here. But Suki Kim, a journalist who posed as an English teacher to go undercover in North Korea, told Business Insider she believes they’re college students who won a sort of “beauty contest.” Contrary to the moniker, “army of beauties,” they’re not soldiers. Rather, Kim says the cheer squad is “one of North Korea’s greatest propaganda successes.” 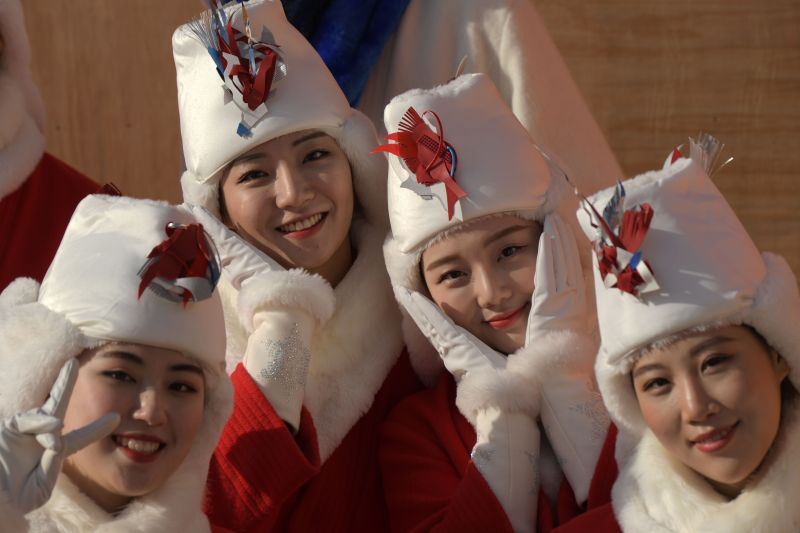 It’s easy to see what she means. It was just last month that Kim Jong-Un and U.S. President Donald Trump were comparing the size of their nuclear buttons and North Korea’s most recent missile test was only a few months ago.

Is Kim Jong-Un trying to distract us as he develops his nuclear program? It’s not quite so simple.

Park Sung-Jun, a North Korean refugee who defected three years ago, told RealClearLife that North Korea really does want a united Korea. (Park Sung-Jun is pseudonym because he that his family would be at risk if he used his real name.

“The North Korean people are participating for a deeper reason. I think the country should be unified because we are the same ethnicity. They want a good and fair evaluation from South Korea and the government. So this Olympics is a good chance to show that.” 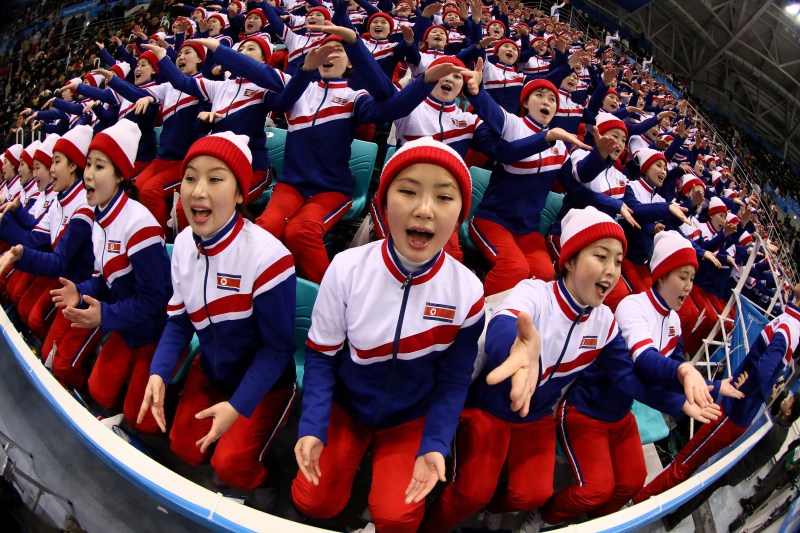 But if the cheer squad is really part of Kim Jong-Un’s master plan – either for destabilization or for unity – then he seems to be flying by the seat of his pants. North Korea almost didn’t attend the Games after missing the January deadline.

A deal was eventually agreed upon at the eleventh hour and 22 athletes were allowed to compete.

The decision to invite the North Koreans hasn’t come without criticism. There were flag-burning protests on the streets of Seoul and President Moon Jae-In has taken heat for agreeing to foot the $2.64 million bill to fund Korea’s 229-person cheer squad and 140-person orchestra; the latter is reportedly staying at the five-star Sheraton Grand Walkerhill hotel in Seoul. 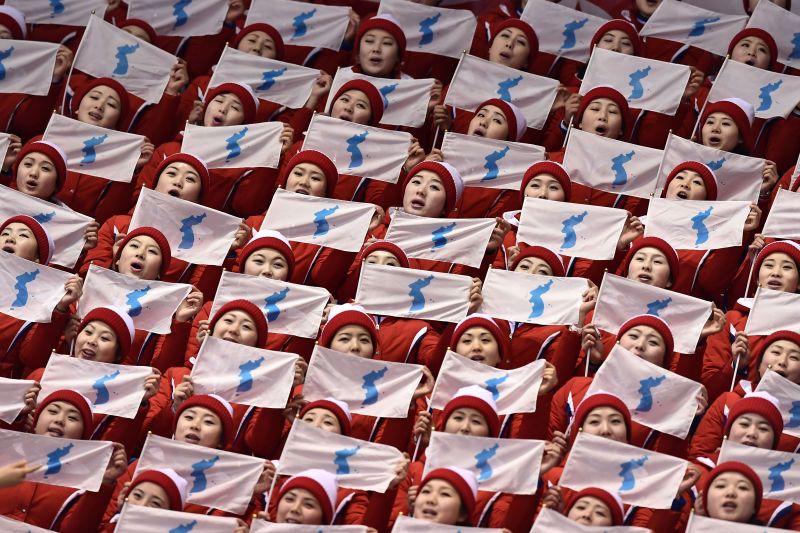 In his defense, Moon said he hopes “this will lead to an improvement in inter-Korean relations” and “growing common sense for the need of dialogue between the United States and North Korea.”

He might be right. Vice President Mike Pence signaled a shift in North Korea policy when he told The Washington Post he is willing to talk, as long as the U.S. can simultaneously push “maximum pressure.”

But is Kim Jong-Un truly sincere about peace?

“I don’t believe it,” said Kang, the Korean I spoke with. “Since we know that [peace] is not actually happening, it’s like what the f-ck?”

I just hope that by the time my grandkids are around, it will no longer be a wonder to see a group of North Koreans out being fans with the rest of us.