Everything Larry David Has Done Since the Last Season of Curb

When HBO announced Curb Your Enthusiasm would be returning for its ninth season, reactions across the interwebs were pretty good.

When the Seinfeld co-creator was asked why he decided to revive the Emmy- and Golden Globe-winning series, he responded: “In the immortal words of Julius Caesar, ‘I left, I did nothing, I returned.’”

Which is … fairly true. At least by David’s standards. After ceasing production of the HBO show in 2011 following eight seasons and 80 episodes, the man who made his mark with a show about nothing has done a good deal of just that over the past five years.

The Three Stooges, 2012
The Role: Larry cross-dresses as a nun in a movie that never should’ve been made. Not a good first post-Curb project.
Watchability: Pretty, pretty, pretty bad

Clear History, 2013
The Role: Larry lives in reclusion under a pseudonym a decade after bowing out of a soon-to-be-lucrative startup because of a trivial misunderstanding in this straight-to-HBO comedy. He sets out for revenge when his former business partner (Jon Hamm) comes to town.
Watchability: Pretty, pretty, pretty mediocre

TripTank, 2014
The Role: Larry plays himself in a sketch from this animated series that depicts fictional situations based on the lives of non-fictional comedians. Due to bias related to Saturday mornings of our youth, cartoons are in a whole different category and tough to evaluate. Good or bad, David gets a pass on this.
Watchability: Pretty, pretty, pretty animated

The League, 2014
The Role: Larry plays the super-neurotic older version of the show’s resident neurotic, Ruxin (Nick Kroll). The FX show had its moments, but in later seasons they were increasingly few and far between. Enlisting David for the series finale was too little, too late.
Watchability: Pretty, pretty, pretty, mediocre

Saturday Night Live, 2016
The Role: David dropped into SNL for two cameos as a hybrid of David’s fictionalized “Himself” from Curb and David’s real-life political doppelganger, Bernie Sanders. Playing a crotchety old man is David’s bread-and-butter, and he knocked this one out of the park.
Watchability: Pretty, pretty, pretty good

Fish in the Dark, 2016
The Role: David plays the lead role (“Norman”) in a Broadway show he also wrote. The show generated a lot of cash (it will have grossed $28 million by the time it closes on August 1st), but David run has already passed. That said, the part’s current occupant, Jason Alexander, is more than well-equipped to fill his shoes.
Watchability: Pretty, pretty, pretty over 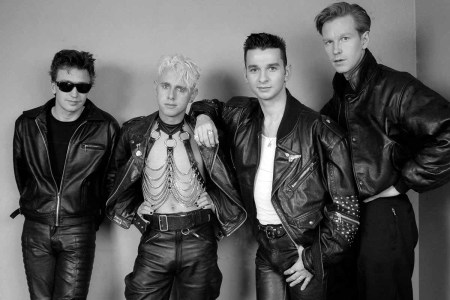