If this doesn't get you on an exercise bike, nothing will

If you’re going to sit on an exercise bike, why not take a proper tour?

That was the dilemma faced by British coder Aaron Puzey. The man wanted to cycle the classic “cross-country” British tour: from Land’s End in Cornwall to John o’Groats in mainland Scotland.

But how to do it from the comfort of his living room and without taking any vacation days? Puzey hacked it together.

Using a Galaxy Gear, Google Street View, and his exercise bike, he created a program that allows him to make the trip — riding through a virtual space across Britain. It’s the world’s first cross-country VR bike tour, and at the moment, Puzey is “in” Manchester, in northern England. He thinks he needs a month and a half to finish the trip.

It’s not perfect, and rudimentary at best (as New Atlas put it, “the final effect frankly looks pretty crappy“). His route is completely locked in — so no off-track exploration. And the nature of “pedaling through” Google Street View scenes means that the visual effect can be nauseating.

But as for motivation? It’s top-notch. And it hints at a rich future of VR-enable fitness: Pick a tour, slip on the headset, and you’re off; no need to worry about crashing, weather or traffic.

If this ain’t the easiest way to get off the couch, we’re not sure what is. 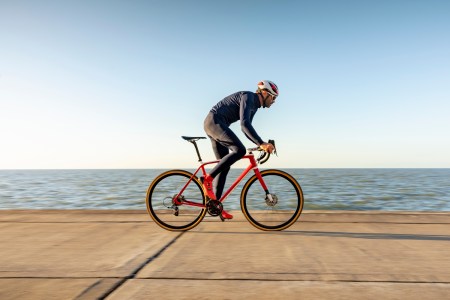 Here’s How to Ride a Bike Without Crushing Your Dick 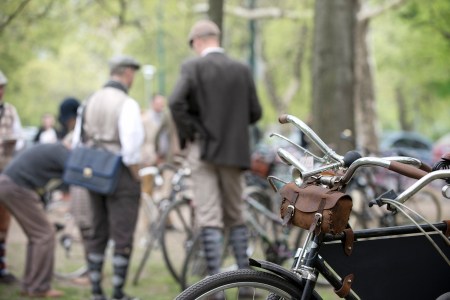