How Instagram Is Keeping the Bootleg Band Merch Tradition Alive 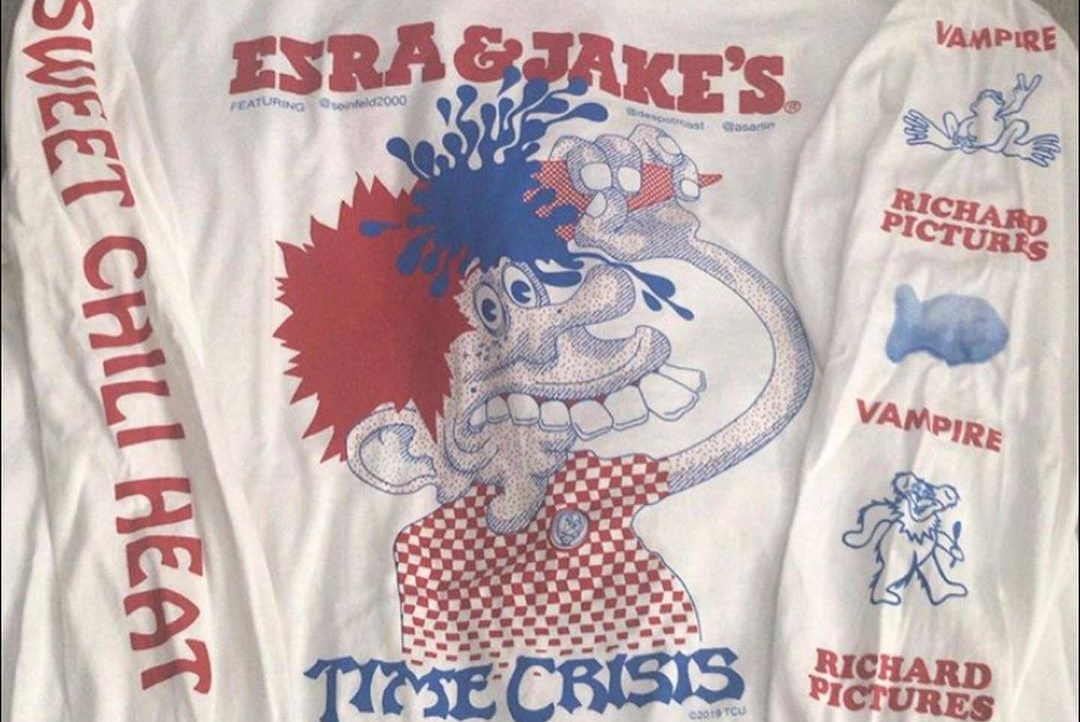 When Mason Warner first created the @fromthelot Instagram account in 2015, he had no idea it would take off the way it did. “It was more just a resource to collect graphics,” he tells InsideHook. But since then, the account, which highlights bootleg Grateful Dead merch past and present has evolved into a bonafide fan community, a digital extension of the Shakedown Street parking-lot vending areas outside the band’s concerts in the ’80s and ’90s.

“The funny thing about From the Lot is when I sort of decided to make it more like ‘okay, this is gonna be like the Instagram archive of Grateful Dead graphics,’ I assumed there would be an end date at some point, like, dude, how many Grateful Dead tees can there be out there, you know what I mean?” he says. “But yeah, it’s almost five years, and I still see stuff like almost weekly that I’m like, ‘whoa, I’ve never seen that one before.’”

That should come as no surprise if you know anything about the power of Deadheads’ devotion. But it’s not just fans of the Dead or punk and hardcore bands (whose long history with making and sharing bootleg t-shirts and other merch make their continued DIY-ing a no-brainer) who have taken to showing off their undying love in the form of unlicensed merch posted online. Fans of Vampire Weekend, once saddled with the college-kids-in-boat-shoes stereotype, have built what GQ recently called a “very deep merch galaxy” that put the band “squarely into the Grateful Dead merch tradition.”

That Dead connection makes sense if you’ve picked up on the band’s influence on Vampire Weekend’s latest album, Father of the Bride, or if you’re a regular listener to Vampire Weekend frontman Ezra Koenig’s Time Crisis Beats 1 radio show — cohosted by Jake Longstreth, who plays in a Dead cover band called Richard Pictures. Dillon Krieger, who created the @fromthefreezer Instagram account chronicling the many fan-made Vampire Weekend and Time Crisis designs, also cites Warner’s From the Lot as a major influence.

“My page, to be real, it’s like a duplicate ripoff of that account but in a Vampire Weekend/Time Crisis/Richard Pictures format,” he tells InsideHook with a laugh.

From the Freezer has earned Koenig’s stamp of approval, and the singer has publicly endorsed the idea of fans making their own designs. (“I really like the amount of homemade tie-dye jobs and bootleg merch I’ve been seeing at shows,” Koenig told Rolling Stone earlier this month. “I think there’s something about this album that, maybe because of all these symbols, encourages people to do their own thing with it. It obviously feels good to sell a bunch of merch, but it also feels good to look out see that people took the symbols and made their own hats and shirts.”)

Krieger, who cites Koenig’s lyricism as the inspiration for much of the homemade merch (“Like, he made a year famous,” he says, pointing to the amount of t-shirts and stickers he’s seen that reference Father of the Bride track “2021.”), says he was initially apprehensive about making From the Freezer since the designs it highlights are unlicensed.

“It’s cool that he approves of it,” he says. “It’s cool because I’ve had people tell me ‘he shared your stuff,’ so it’s exciting. I was a little hesitant to make it because it was like, ‘how is he gonna feel about this?’, but it’s nice that he mentioned it on Time Crisis and it’s much appreciated.”

Koenig, presumably, understands the difference between fans getting creative to show their appreciation for Vampire Weekend’s music and vendors hawking counterfeit goods to make a buck off of the band. Even in the early days of the Dead, Warner notes, fans didn’t sell their bootleg merch hoping to turn a profit.

“From my understanding, the Dead never really made merch in the late ’60s or the ’70s,” he says. “There was like band tees or crew tees, but there was no merch booth like we have today, so fans started to make their own shirts because they wanted to wear their favorite band’s t-shirt, and in addition to that, once the whole sort of like Deadhead, traveling culture took off, once people were going to literally every show they could possibly go and the camping and all that rose out of it, it was a good way to sort of pay for your ticket and pay for your food and pay for your gas money.”

But, as Warner points out, while Shakedown Street is perhaps most iconic, the phenomenon isn’t unique to the Dead.

“You’ve always had that,” he says. “You’ve had that in hardcore, you’ve had that in even pop music, definitely in hip-hop. I think as much as from a corporate standpoint, you have the behemoths that try to control that and kids getting their stuff taken in the parking lot at shows and stuff, I really feel that without the bootleg culture, you really wouldn’t have the fanbase that you have now. And that goes for almost any band of any genre of music.”

“And what’s funny to me,” he continues, “I’ve always sort of been into bootlegging stuff, like skateboarding or punk rock or Bart Simpson or Grateful Dead or whatever, but you’ve got fashion houses like Gucci putting out stuff that was like bootlegged in the ’80s. To me, it’s like nine out of 10 times, you show me something that’s licensed versus something that’s bootlegged, and usually the bootleg speaks to me better than something that’s licensed…I think it all started from the DIY, and it’s like ‘oh man, this is my favorite band, and maybe I can’t afford a $100 ticket and a $40, $50, $60 t-shirt on top of it to have that experience, but I can make my own shirt.’”

That distinction is perhaps why artists like John Mayer, who has frequently been spotted in bootleg Dead designs, have embraced the world of unlicensed merch, often going as far as to help them go legit. Mayer has collaborated frequently with designer Jeremy Dean, whose “Wonders of Black Flag” merch combines Dead imagery with the logo and other iconography related to the legendary hardcore band.

Dean, who has worked with Mayer on his own official merch as well as Dead & Company and Mac Miller tribute designs, recently told the Philadelphia Inquirer that when the guitarist first summoned him backstage at a concert, he had no idea what to expect. “I thought I was busted,” he said. “I said, ‘I’m not going to show up to you with a full team ready to take me down, right?’ He goes, ‘[No,] I promise you.’”

Now Dean and Warner have signed a license with the Grateful Dead to launch a new company called Play Dead, which will feature all official merch. “The contract is signed, we’re working on our first few designs now, and From the Lot has been approached by them as well,” Warner says.

Though he has never seen himself as a bootlegger — “A bootlegger to me is somebody that like straight-up rips off something that was officially produced and you have a whole flock of people selling them in the parking lot for like $20, you know what I mean?” he explains — Warner is excited about the freedom and new challenges that being official might bring. He’s always been motivated by creativity rather than financial gain (“It’s kind of more from an artistic standpoint, like, ‘hey, I like this band and I know a little bit about graphic design, and I like making cool stuff, and it’s cool to make a few to give to my friends and sell to make enough money to make the next t-shirt,’” he says), and securing a license with the Dead will allow his work to reach a wider audience.

“From the Lot functions like I sell stuff for 48 hours, basically like Friday night to Sunday night, because I can’t leave the website up and I don’t use hashtags and I don’t want to get a C&D or whatever,” he says. “It’s interesting to me like, ‘okay, there’s a good little following now, and people know where everything’s at, so what if the website never has to turn off?’ So right now I’m really challenging myself to work within the confines of the provided license but [see] how far can I push that envelope through other mediums like a dying process or a collaboration with somebody that I admire and want to work with. So it’s really cool.”

But official or not, the artistic validation and the sense of community with fans is what drives Warner and Krieger to keep their accounts active. “I recently went to Vampire Weekend’s San Francisco show, and there was definitely some merch that I posted on the page that I saw in person,” Krieger says. “So that was exciting to see. And you know, people are just sending me stuff and it’s just continued to grow every day, and it’s becoming like a little underground thing, and I’m here for it.”