The Story of “Hamburger Eyes,” America’s Most Influential Photo Zine 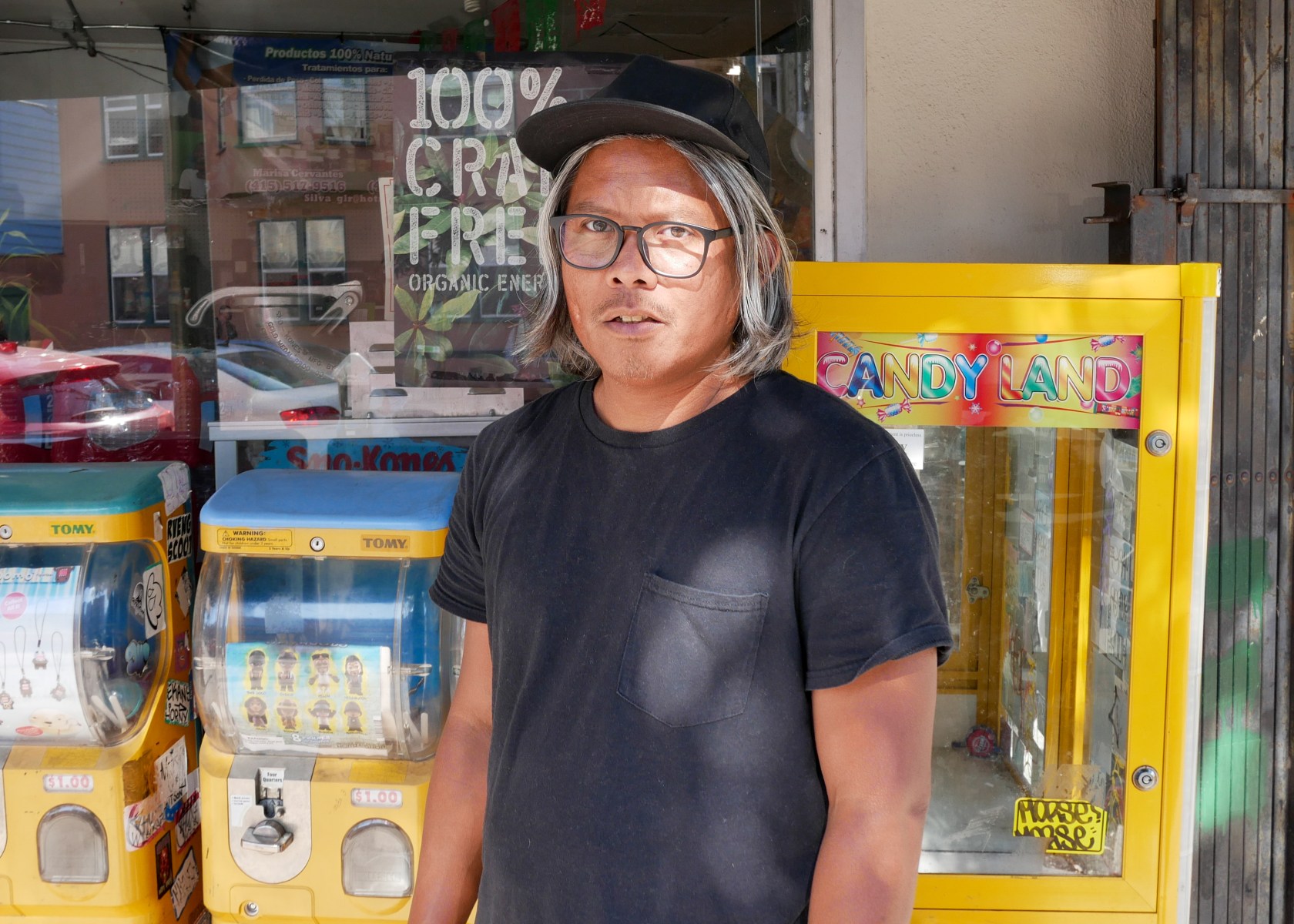 Born and raised in San Diego, Ray Potes made his first zine with a friend when he was in the eighth grade, full of hand-drawn cartoons, skateboarding photos, weird writing and more. Moving to San Francisco in the early aughts, Potes’s photo zine, Hamburger Eyes, would eventually catch the attention of photography lovers the world over. Forty issues, two books and a documentary later, Potes and his talented collective of photographers who are — as is written on the inside cover of each issue — set on capturing the continuing story of life on Earth. InsideHook spoke with Potes recently while he was visiting with friends in S.F. to talk about his departure to Los Angeles, the origins of Hamburger Eyes and the Supreme-branded zine that sold out online as soon as it dropped.

What’s the origin of the name Hamburger Eyes?

It was something my friends were saying, like “Hey, you should go talk to that girl, she’s giving you hamburger eyes.” That was kind of the vibe of it. At the time I was making different zines and I titled one of them Hamburger Eyes and people liked that one, so I made a second issue and a third and it just kept going.

Were you prepared for it to take off the way that it did?

No, not at all. It was really a surprise. I feel like it didn’t really take off until issue eight or nine, then we kept upping the quantity of it. From 30 to 500, then eventually 1000. Around that time is really started to take off.

How did you produce the early issues?

The first four issues were just xeroxed. I made them at Kinko’s, where I worked during the first release.

You’ve made so many zines. What was your intention with this one in particular and did that ever change?

When I made the first 10 issues I just wanted to make the zines. I’ve made them for years and have fun doing it. It’s my preferred way of sharing my photos. Over the years Hamburger Eyes had a photo lab going, and a gallery, and too much stuff going on at some points. But it was always the same idea, to just share cool photos and meet cool photographers. I mean, it’s tempting, right, because you get offers. We do art shows and sometimes we sell photos and you think you should be doing that more often. Or I make a T-shirt that sells well and spend time thinking I should be making more T-shirts. But I’m not a T-shirt designer. I’m just a dude who wants to make photos and make zines and share them with people.

Tell me about the Hamburger Eyes studio and how you managed to get it.

We didn’t get the studio until 2008. I was working out of my apartment before that. That studio was a color and black-and-white darkroom rental facility right in my neighborhood. I’d hang out there a lot, processing my film there. The woman who owned it told me she had to close the place and asked if we wanted to buy any of the equipment. We were like “Nah nah nah, you can’t close this place, we hang out here all the time.” We offered to help her pay rent by renting a few offices there and helping her get customers. So we were partners with her for a year and a half. Eventually she was over it and we slowly started buying all the stuff from her. Then it became our place for seven or eight years.

If you could go back and change anything about Hamburger Eyes over these past 18 years, what would it be and why?

I wish I had spent more time putting more stuff out. Some months we’ll go without publishing anything because we get busy with other things, travel or whatever. I kind of just wish I put out one thing per month the entire time.

How did the collaboration with Supreme happen and what was that process like?

They’re opening a store in S.F. and hit me up and said it would be cool to have a zine to go along with it. I knew some of those dudes from skating and we work with a lot of the same photographers. So my friends who work at Supreme wanted to pitch it to their boss. And it was a total collaboration. Half our photographers and half theirs. I started the layout and worked with them to make changes. It was awesome because it wasn’t so much about the brand. We all just wanted to make a cool zine. It was a really easy project to make happen.

What do you see as the bridge between skateboarding and photography?

I can’t speak for all photographers, but for me, I grew up skateboarding and so the first magazines I was looking at were skate magazines. Then I find out that these older skaters were making zines and being creative and that got me fired up at a young age to start making things.

Every day is ideal here and I try to visit as often as I can. Just being out and about all day with the good weather. Breakfast at Sunrise Cafe, lunch at Whiz Burger or the buffet at the health food store. Hanging out on 24th Street, all around the Mission District. Dinner at Blue Plate.

Why did you leave the city?

It was because the rents were going up all over my neighborhood and just the whole economy of San Francisco. A lot of photo labs had shut down and I knew the writing was on the wall. And then my friends who were artists started losing their studios and I just knew. The last few years that we had our space there was a black cloud over it telling us the end was near, you know. End of 2014 we lost our studio because they hiked up our rent. I didn’t really know what to do. I couldn’t find anything else. I had an opportunity to go to L.A. and I just took it. I kind of knew I wasn’t going to stay in San Francisco forever. I bounced to L.A. and it was kind of impulsive, maybe, but it worked out.

I prefer the beaches of L.A. and I feel more productive here because I party less. Also, that might just be an age thing. But I do miss the pedestrian lifestyle of S.F.

Any advice for people putting out their own zines?

If I had any advice to give it would be to put out stuff all the time. Do twice as much as you’re doing. Actually, I’m going to change that. Do 10 times more than you’re doing now, and do it forever.