Debate Rages Over How ‘Attractive’ Female Video Game Characters Should Be 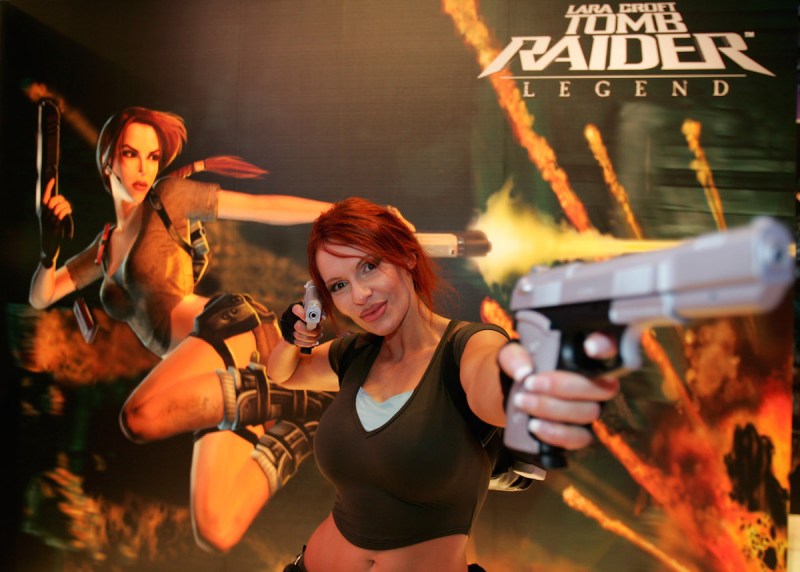 No matter how cutting edge graphics get, the video game industry is often accused of being stuck in a previous century when it comes to portraying women.

Now there’s a new objection. After complaints for years about the hyper-sexualization of female characters in games, there has been a backlash against the latest installment of the celebrated Mass Effect series for a different reason. Gamers are pointing out the female protagonist of Mass Effect: Andromeda doesn’t look like a model… which is odd because she’s based on the model Jayde Rossi, an undeniably beautiful woman. They also note that the male protagonist retains Steven Brewis’s hunkiness.

So has the gaming industry now officially overcompensated?

“Sexual objectification, I think, is decreasing,” says CNet Senior Editor Scott Stein, who has covered the gaming industry for over a decade and played many, many video games in the process. (Decreasing, however, doesn’t mean gone: “It’s still a big problem.”)

Stein notes that games today need to “reach out to huge and diverse audiences and ages.” This doesn’t mean there won’t be any sexy women moving forward, but that they’ll just be a piece in the overall puzzle: “TV and films present many perspectives at once. Games are now expected to do the same.”

Video games generate billions in revenue, to the point they now earn more than the movie biz. (The record $11 billion at the U.S. box office in 2015 was dwarfed by the $23.5 billion spent on video games in America that year.) The stereotypes about gaming only being for teen boys (and nerdy ones at that) have long been disproven. It’s not possible to reach those economic levels without crossover and plenty of girls powering up consoles.

Yet there’s no denying video games still experience a gender gap, even as women become more involved both as players and designers.

In 2014, GamerGate highlighted the division in the ugliest way possible. That controversy was triggered by claims a female designer had an affair with a journalist to advance her career. No proof was offered for this assertion, but the situation quickly escalated as “#GamerGate” led to assaults on alleged journalistic lapses and devolved into online threats against women involved in the gaming industry.

One of the women at the center of GamerGate, game designer Brianna Wu, recently announced a congressional run in Massachusetts District 8. She reports receiving more than 200 death threats.

“I mean, at a certain point you just tune them out,” she says.

GamerGate quickly came to be viewed as a battle between the dedicated old guard of gamers (who were overwhelmingly male) and the new generation (who include more and more women). Indeed, a survey at the end of 2015 found that 48 percent of women reported they played video games, nearly equal to the 50 percent of men who are gamers. Despite this, 60 percent of Americans still considered gaming to be a “male” activity, as perception had yet to catch up with the new reality.

As the audience for video games has grown and evolved, a particular point of contention has been the way female video game characters’ bodies are portrayed. Quite simply, often these women are borderline anatomically impossible. (Notably Lara Croft from Tomb Raider, who was portrayed by Angelina Jolie in two movies—in which padding was necessary for even one of the world’s most beautiful actresses to fulfill Croft’s dimensions.)

There’s also the way women in games are presented. The video below notes that female characters are often shown very differently from their male equivalents. A male character in a game, for example, is likely to take on the enemy in a trench coat. A woman, however, will often elect to go with short-shorts.

Wu says she has never had a particular problem with the Lara Crofts of the world: “I’m a bisexual woman. I don’t mind looking at gorgeous women.” She notes that if “feminism is looking to obliterate sexuality from video games, I think that’s a bad message” and says when designing she tries to create “the most beautiful thing I possibly can.” Consequently, it doesn’t surprise her that 3D modelers (who tend to be male) often create women that turn out looking like the Dead or Alive Xtreme Beach Volleyball gals. (If you’re not familiar with these ladies, you can meet them in the video below.)

Wu does, however, see larger problems, first with the backlash against a character not being sexier (she worries about the gamers who “have been socialized to really only value women for how we look”) and then with the lack of balance in the industry itself.

“My issue is I want to see more women in the process,” says Wu. “If you have more women art directors and more women writing these characters, the problems with the game industry go away.”

Unfortunately, Wu isn’t optimistic about gender equality occurring any time soon: “I can tell you, as a game industry insider, the industry is much worse. I see a doubling down on lip service, but I don’t see any concrete changes.”

To get a better sense of what video design is now capable of achieving, watch the trailer below and see what awaits in Mass Effect: Andromeda (a game Wu says she’s “super excited about”), which comes out on March 21.