Are These Man Nipples or Lady Nipples?

And how about this one — lad or lass?

You can’t tell. And that is the point.

The Instagram account Genderless Nipples posts close-up shots of nipples. And at that uncomfortably intimate vantage, it’s impossible to determine whether they are male, female or anything in between. The only constant is that nipples in larger-than-life high res are … kind of funny lookin’.

What began as a slow increase in followers gained momentum last December, when Instagram removed one of the account’s posts for violating their community standards. A nipple that, in fact, belonged to a male.

Another such crusader against the double standard, Melina DiMarco, more recently created Nood. Weary from seeing women’s bodies covered with hearts, stars and smiley face emojis, the body-positive app covers ladyparts with, well, pictorial ladyparts. You can download it here. Just kidding. The App Store won’t pick it up, claiming that Nood is inappropriate because everything is very sexualized. Bear in mind that the App Store currently carries apps like Perfect Girlfriend, a virtual girlfriend who responds favorably to light groping, and Adult Emoji, which is exactly what it sounds like.

(If you’re thinking “Hey, that’s not fair,” don’t worry — there’s a petition you can sign right here. And should you be even more inspired, Genderless Nipples is also accepting submissions.)

All in all, projects like Genderless Nipples and Nood are creatively disrupting the media’s self-appointed ownership over representations of the female body, which currently skew toward either exploitation or shaming, with little grey area in between. And if supporting that cause means ogling a few mystery nipples along the way, count us in. 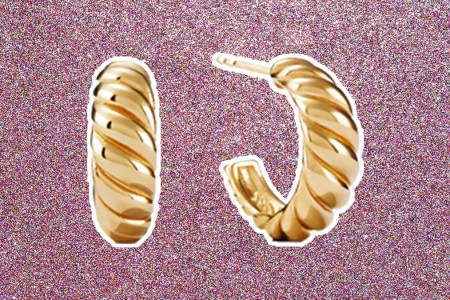