The best movies, TV, books and music for May

LISTEN: The Virginmarys
Remember guitars? This U.K. trio does. Divides, the band’s second record, offers a beguilingly retro mix of Southern-tinged classic rock, anthemic Brit-rock and ‘90s alternative — hat tip here to producer Gil Norton (The Pixies, Foo Fighters), who keeps all the disparate elements codified. It’s the rare band that could play nice with Buckcherry, Queens of the Stone Age or Ash … and they have. (May 6)

READ: The City of Mirrors
This is your can’t-put-down summer beach read. Mirrors is the third and final book in Justin Cronin’s The Passage series, a post-apocalyptic “vampire” epic that plays like a mix of The Stand, 28 Days Later or even Colson Whitehead’s Zone One. Basically a more literary take on a genre tale. (May 24)

SNATCH: Super 8 Art Show with Amy Sedaris
While high-brow art fairs take over NYC, Super 8 will be hosting the antithesis: the first-ever exhibit enticing gallery-goers to take the art — and for free. All the overlooked works have been sourced from the bygone bedrooms of Super 8s across North America, and actress/author Amy Sedaris is giving them a proper sendoff. First-come, first-serve. It’s like the saying goes: “One man’s trash is another man’s Trumbull.” (May 4)

EXPERIENCE: CONTEXT New York Art Fair
Kicking off NY Art Week, the contemporary Miami art fair heads north to showcase more than 150 galleries and 1,200 artists from 50 countries at Pier 94. Exhibitions not to be missed include: Galerie von Vertes with a never-before-seen 1947 Picasso piece, a $3.5 million work by Gerhard Richter, David Benrimon with a Superman by Andy Warhol and British artist Piers Secunda’s ISIS Bullet Holes. (May 3 – 8)

WATCH: Preacher
Seth Rogen helped develop this AMC adaptation of the acclaimed ‘90s comic book, a violent supernatural tale of a possessed preacher, an Irish vampire and an ex-girlfriend who attempt to find God … but instead run into a rogues’ gallery of supernatural weirdos. Including a guy named Arseface. (May 22)

PERUSE: A whole lot of NSFW videos
Rihanna’s “Needed Me” isn’t really a happy summer jam, but it does make for a rather seedy, NC-17 strip club tale, as portrayed by Spring Breakers auteur Harmony Korine. For even creepier vibes: a bootleg of a never-seen “snuff” film meant to accompany Nine Inch Nails’ 1993 release Broken just popped up on the Interwebs. And finally, on a peppier note: model Zippora Seven goes streaking over a French indie pop number in a video celebrating lifestyle mag Monster Children’s 50th issue.

GO: Vulture Festival
Primarily taking place at Milk Studios, this year’s Vulture Fest lineup is a slice of heaven for pop-culture buffs. It was tough to even pull the highlights, but we’ll try. We’re definitely hitting the Happy Endings reunion, an exclusive interview with the creator of The Sopranos, comedy night with Sarah Silverman and friends, a private tour of the MET Breuer, and a chat between The Daily Show’s Trevor Noah and New York Magazine writer-at-large Rembert Browne. And it all kicks off with a big ‘ol party at the Top of the Standard. (May 21 – 22)

LISTEN: The Ray Charles Handbook
Together with award-winning Jazz drummer Jamison Ross and the Jazz at Lincoln Center All-Stars, Grammy Award-winning singer and pianist Diane Schuur pays homage to “The Genius” by performing some of his greatest works. (May 21 – 22)

LISTEN: The best songs of May

Take a listen to our monthly Spotify playlist of the month’s best new music, featuring Gold Panda, Barns Courtney, the return of DJ Shadow (with Run the Jewels), The Avett Brothers and over an hour of good tunes.

Also: Chelsea Handler begins her new thrice-weekly, thankfully uncensored talk show on Netflix (5/11) … M. Night Shyamalan’s surprisingly decent mind-twist Wayward Pines returns for a second season (5/25) … The Lobster is sort of like a rom-com without the com, but with a lot of Logan’s Run and Dr. Doolittle (5/13) … Anthony Weiner gets exposed (more) in the doc barring his last name (5/20) … Hey, it’s got Wolverine and Olivia Munn. All hail X-Men: Apocalypse (5/27) … Don DeLillo’s explores tech, death and dystopia with Zero K (5/3). 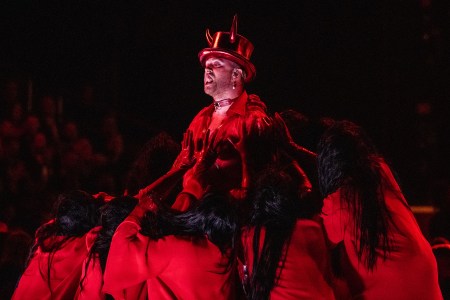 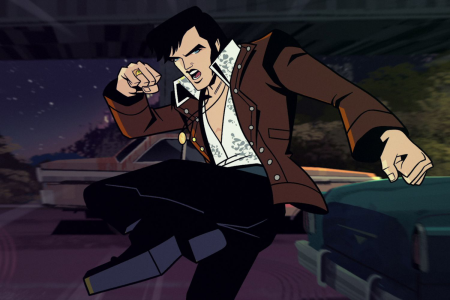