RCL's Kinga Philipps catches up with a Black Mamba to discuss the team's mission and future. 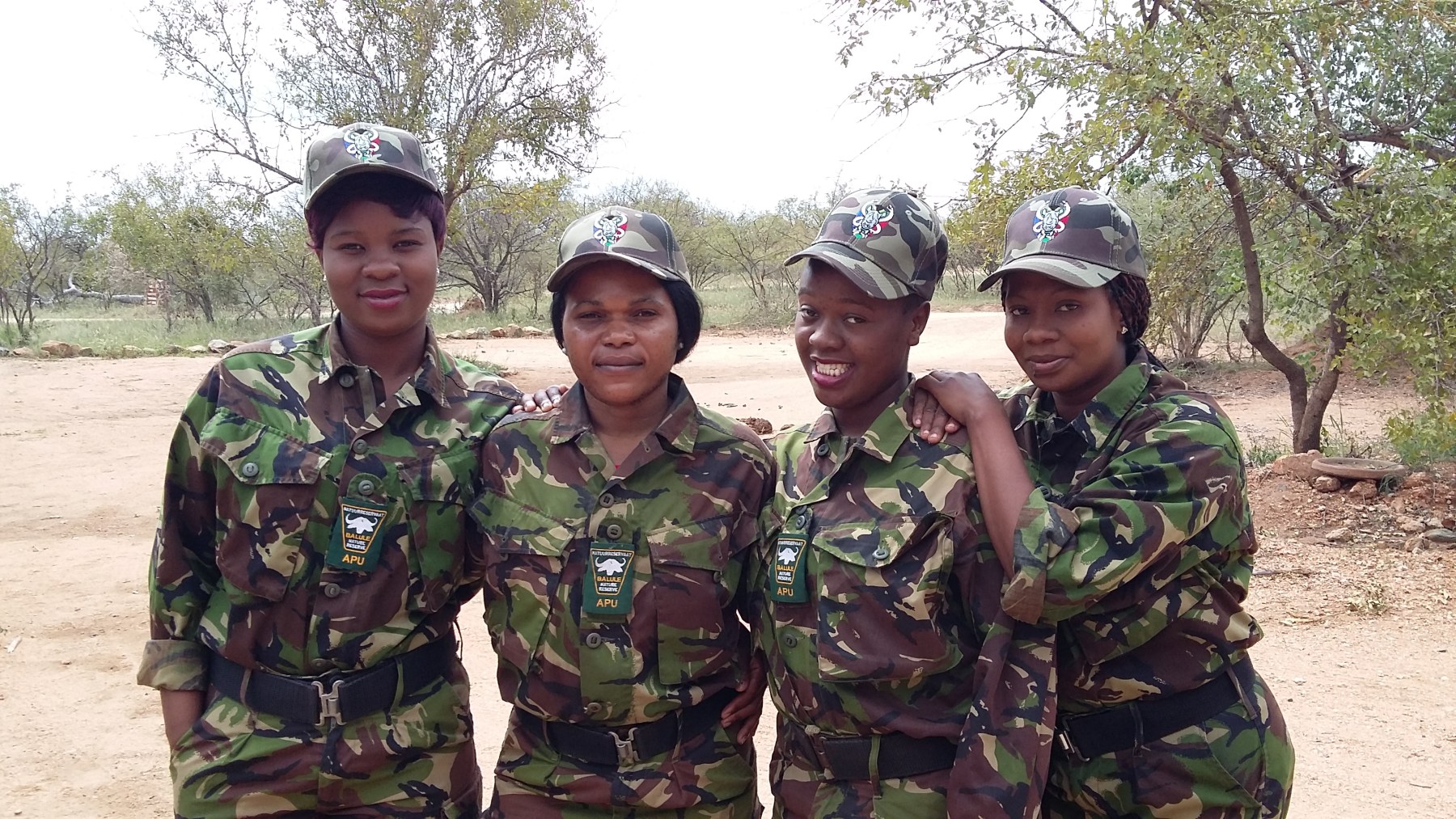 When life sounds like a movie, there is usually an interesting story to be told. And so it is with Africa’s first mostly female anti-poaching unit, The Black Mambas. The name is telling. The Black Mamba snake is fast, lethally venomous and highly aggressive when threatened.

Since 2008 Rhino poaching has skyrocketed fueled by rising demand for horns in Asian markets. It’s big business. Over 6,100 rhinos have been poached in South Africa in the last nine years … and that’s just the ones we know about. In 2011 a seizure of horns valued between three and 12 million dollars took place in Hong Kong. The horns are used for medicinal purposes … without any actual scientific merit … good luck charms and as status symbols for the affluent to flaunt their wealth. If that sounds like a tragic waste, it’s because it is. The numbers of living rhinos in parks like South Africa’s famous Kruger National Park are kept secret for the protection of the animals, but it’s not always good news.

Fighting an uphill battle to protect wildlife, the parks realized they needed a new tactic. And so the Black Mamba Anti-Poaching Unit was created in 2013 and became the first majority female unit in South Africa.

The team consists of 32 women and two men whose passion for wildlife and rhino conservation is turning the tide in field work and creating a paradigm shift of thinking in local communities. 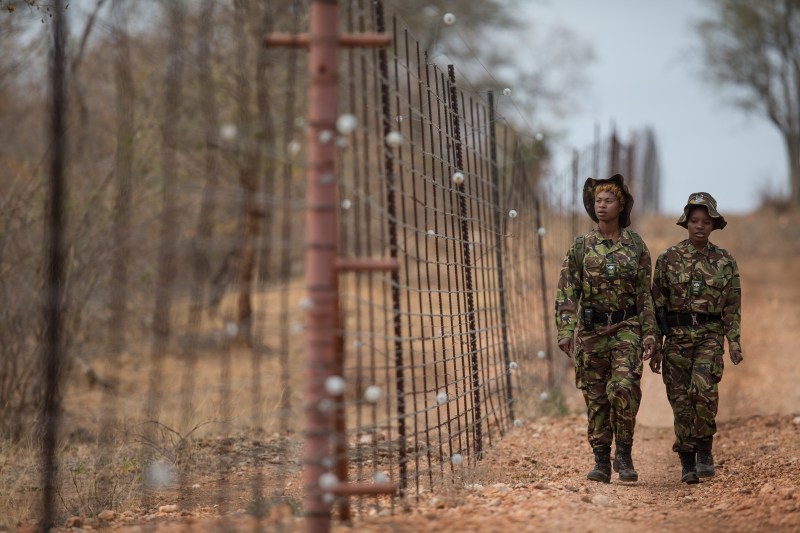 The units patrol the Balule Nature Reserve, part of the Greater Kruger National Park, a mecca for wildlife … and poaching. Their approach is high alert ground visual policing of the park boundaries, setting up observation stations near vulnerable areas like watering holes, searching suspicious vehicles, gathering intelligence and enforcing park rules. They also seek out and destroy poaching setups like snares and bushmeat kitchens…basically butcher shops found near poacher’s camps where they dismember animals for transport. Horrible? Yes. Happening somewhere this very moment? Most certainly.

Are they effective? The numbers certainly indicate so. In their first active 11 months, the Balule Nature Reserve was rhino poaching free. To date, they have assisted in six arrests, destroyed 29 poacher’s camps and seven bush meat kitchens.

Their work extends far past the boots on the ground protection of wildlife. Part of the anti-poaching strategy is to create healthy communities that value the ubiquitous nature and resources of the area. They visit schools and mentor future generations as responsible stewards of the land they live on. The goal is education and a sense of pride for the majestic wild that surrounds local villages. A pro-environment community is less susceptible to the corruption brought in by poaching.

The Black Mambas themselves are recruited from local, disadvantaged communities, to not only provide jobs for local women but also as inspirational incentives for others who might follow in their footsteps.

They go through a rigorous 10-week training program that includes everything from search and seizures, vehicle maintenance and trauma level first aid to courtroom procedures, paramilitary training, hand to hand combat, weapons training and bush skills.

Since their inception, the unit has taken home a plethora of awards and accolades for their work. The  Eco-Warrior Silver Award – Eco-Logic Awards 2017,  Best Conservation Practitioner of the Year – Rhino Conservation Awards 2015, Champion of the Earth Award – United Nations Environment Program.

For the rhinos, for Africa’s wild spaces and for the pride of women everywhere, The Black Mambas are fierce defenders of integrity and the animals that we should all claim as ours…not as trinkets and worthless salves…but as cohabitants of this planet that bring value and a sense of wonder to the experience of living on earth.

What inspired you to join the Black Mambas?

Shadu Hlangwana: For a love of animals and to protect the wildlife.

What have been your greatest personal and professional victories?

SH: Finding an injured animal that’s been snared and being able to set it free from the snare. Finding lots of snares and poachers.

SH: Sweeping the fence. Sweeping and checking locations. It is part of my job description, but I am very proud and give my all when doing it. Most especially sweeping for snares.

What has been the most high stakes situation you have been a part of?

SH: We came across an elephant and that elephant was very angry, but we managed to escape it as we are very well trained.

What does it mean to you as a woman to be part of the Black Mambas?

SH: It has made me into an independent woman and a brave one because we are able to do a man’s job.

What message would you like to send out to future generations of women who look at you as a hero and role model?

SH: To stand their ground and to always achieve what they want in the future and to never let anyone discourage them.

If you could share one bit of wisdom about humanity that you have learned from your boots on the ground perspective in the midst of the wildlife trade what would that be?

SH: There is a saying that says we are the mothers of the nation. That is why it is our responsibility to protect the wildlife and we are proud to do this very difficult job in a man’s world. “You strike a woman you strike a rock.” Wathint’ abafazi, wathint’ imbokodo’.