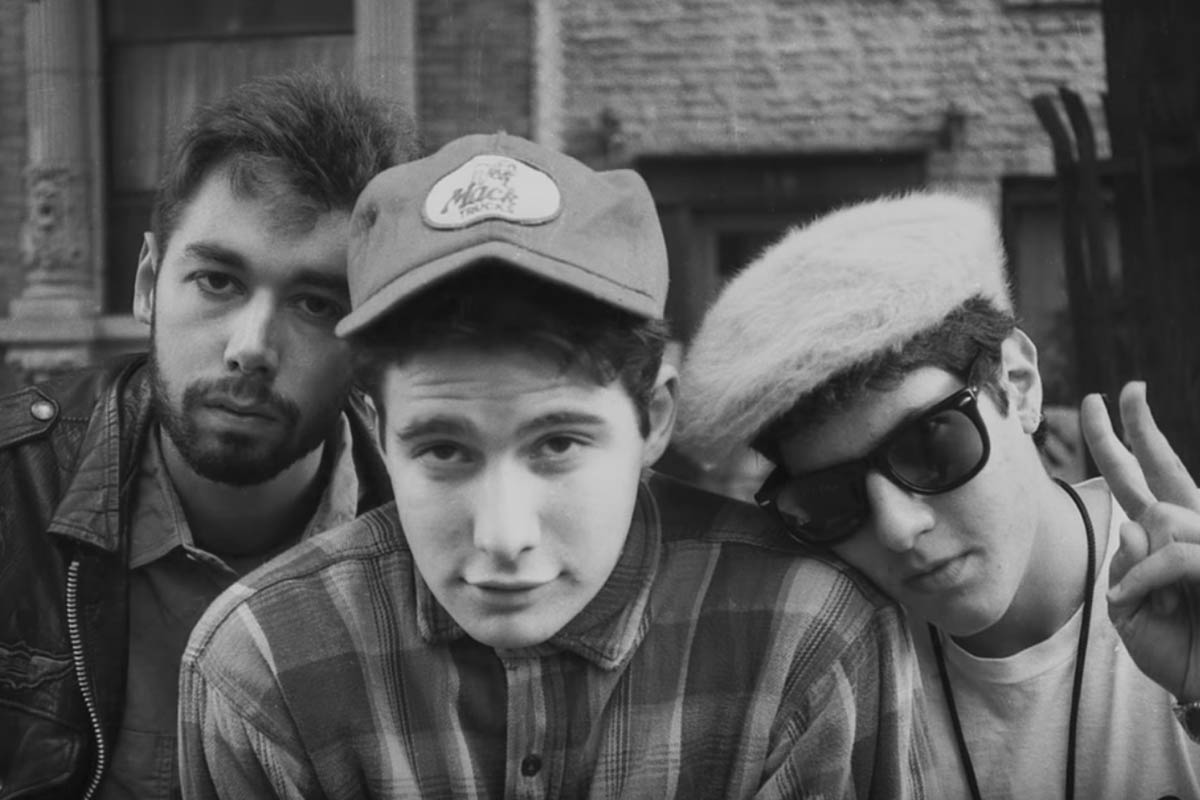 A new Spike Jonze documentary chronicles the career of the Beastie Boys
Apple+
By Kirk Miller / April 2, 2020 5:47 am

Welcome to Culture Hound, InsideHook’s deep dive into the month’s most important cultural happenings, pop and otherwise. Note, due to the on-going COVID-19 pandemic, release dates are highly tentative.

Spike Jonze helms this documentary about the legendary NYC hip-hop group that includes plenty of vintage video clips but also a live (well, taped in front of an audience) discussion with Mike Diamond and Adam Horovitz. (April 24, Apple+)

Do you miss workplace humor? Do you miss drinking beer with other people? Do you miss The League? One of the co-creators of that beloved comedy series heads up this Netflix sitcom about two estranged brothers who run a brewery together. The trailer seems to suggest a League/It’s Always Sunny ideal of horrible people who learn no lessons and make jokes that end with the punchlines like, ““It’s like a beer festival Human Centipede.” I am here for this. (April 10, Netflix)

At a time when we’re aching for longer, more immersive content, we get … 50 new shows that average less than 10 minutes per episode. The good news is that the shows seem to cater to a wide audience and feature A-level talent. Best bets at launch? Survive, a plane-crash thriller with Sophie Turner; a real-estate reality show about homes with dark pasts (Murder Flip House); a real-estate non-reality comedy (Flipped) with Will Forte and Kaitlin Olson; reboots of MTV staples Punk’d and Singled Out; and Dishmantled, a Titus Burgess-hosted cooking show where they blast mystery ingredients (“flavor explosions”) at competing chefs from a cannon.

The good news is you can sample the service for 90 days for free; you’ll just need to give ‘em an email address. (April 6)

In a time when we keep going back to The Office, why not tackle all seven season and 138 episodes of Tina Fey’s equally brilliant (and often more absurd and pointed) satire of late-night talk shows? The new 20-disc set features cast and crew commentary, deleted scenes and more. (April 21)

READ: Notes from an Apocalypse

Mark O’Connell must have known something was coming, because in his new book, the author travels the world to visit survival bunkers, talking to doomsday preppers and investigating areas (like Chernobyl) where the worst has seemingly already happened. Advance word is that this at times terrifying but also quite … funny? (April 14)

If you want something a little lighter and more geared toward spring, The Athletic baseball writer Keith Law dissects some of the best and worst calls throughout the history of the sport in The Inside Game (April 21)

We’re trying to use our home time to find new bands. So let’s start here: Social Animals is an alt-rock band originally from Duluth, Minn., that’s definitely listened to The Cure, Placebo and maybe a few mid-oughts emo bands. It’s dreamy pop with a bit of post-punk guitar that’s reminiscent of a lost John Hughes soundtrack. (Out now)