An Ode to the Peach, Music's Favorite Fruit-Based Innuendo 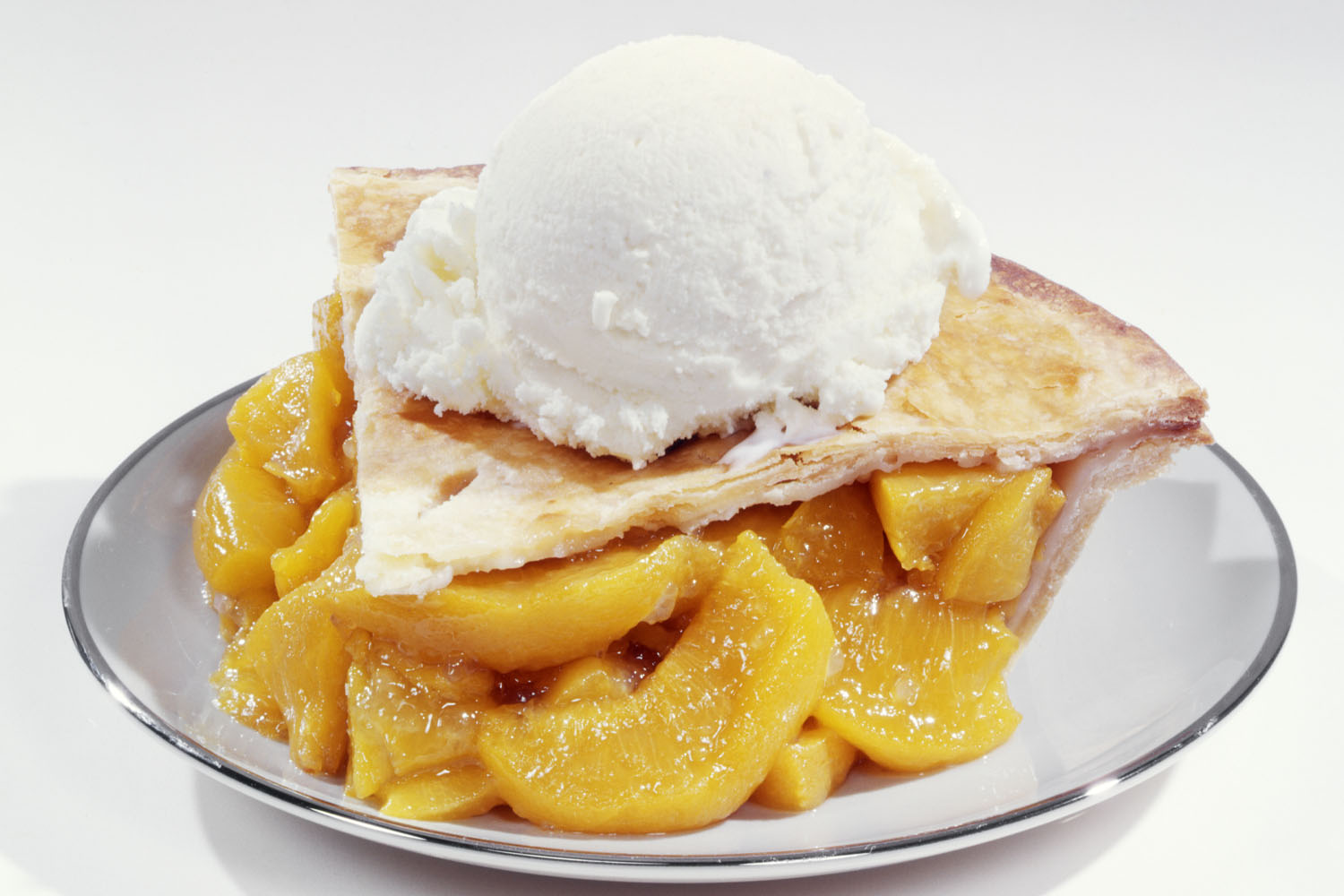 We all know what it means nowadays. Thanks to its resemblance to a butt, the peach emoji is a sexting staple, leaving little to the imagination and inspiring countless artists to make reference to the fuzzy fruit when they’re looking for a not-so-subtle innuendo. Of course, other types of produce have been used as scandalous stand-ins for by musicians, whether it’s Warrant’s “Cherry Pie” or Led Zeppelin’s “Lemon Song.” But no fruit metaphor gets as much airplay as the peach.

We don’t have to go into the specifics of why the peach is favored over other fruits when it comes to sexy lyricism (you can use your imagination, but let’s just say it’s one of the only fruits pulling double duty when it comes to resembling certain body parts). And while peach-related horniness has been amplified in song in recent years due to the emoji’s popularity, the stone fruit was already a musician favorite decades before smart phones even existed.

Perhaps the most obvious example is “Peaches” by ’90s alt-rock group the Presidents of the United States of America (who are celebrating the 25th anniversary of their debut album with a successful Kickstarter campaign to reissue it on vinyl.) I have a vivid memory from my teenaged camp counselor days of the panicked, horrified look on our camp director’s face as he ran over to chastise one of my coworkers for letting the kids choreograph a dance to the song. “Moving to the country, gonna eat a lot of peaches” is innocuous enough, but something about seeing a bunch of children dancing to lines like “sun-soakin’ bulges in the shade” or “I poked my finger down inside, made a little room for an ant to hide” sent him over the edge.

It turns out, however, that we all just have dirty minds, and “Peaches” is about … peaches. In an interview on VH1’s “100 Greatest Songs of the ’90s” special, lead singer Chris Ballew revealed that the inspiration came from an unrequited childhood crush. He went over to a girl’s house to confess his feelings to her, but she wasn’t home, so he sat under a peach tree in her yard and idly squeezed the overripe peaches on the ground before going home and writing the song.

In fact, there are plenty of innocent peach references in song: Particularly in older tracks, “peaches and cream” is often used to mean everything’s fine and dandy, or “just peachy.” Dean Martin’s 1965 song “Little Lovely One” utilizes the phrase to chastely tell the object of his affection how dreamy she is (“you’re such a living dream, like peaches and cream”), while Frank Sinatra’s 1946 version of “Soliloquy” uses it to imagine his future daughter (“my little girl, pink and white as peaches and cream is she”). Gladys Knight and the Pips use it to represent good times on “Part Time Love” in 1975, singing, “I know we’re gonna find our share of peaches and cream, and when the juice is low, I don’t want no excuses” — again, get your mind out of the gutter. If you prefer the naughtier interpretation of “peaches and cream,” look instead to 112’s 2001 R&B hit “Peaches and Cream,” which throws subtlety out the window with lots of mentions of tasting, a “wanna sex” admission and a winking “you know what I mean,” just in case we didn’t already know what the Atlanta quartet meant.

The group was actually beaten to the “peaches and cream” punch by Beck, who released his own “Peaches & Cream” on Midnite Vultures in 1999. While his former roommate and fellow peach enthusiast Ballew’s ode to the fruit only sounds dirty, Beck’s effort leaves little to the imagination, reminding the object of his affection that her peaches “make a garbage man scream,” adding that “we’re on the good ship menage et tois.”

A 1993 track from legendary horndog Prince sees the singer — never one for subtlety — making note of a woman’s gold hot pants before declaring, “She was dark, she was tan, she made me glad to be a man … she’s a peach.” The track features some suggestive moans from Kim Basinger, just in case we weren’t catching the Purple One’s drift, and it was covered by Rod Stewart on his 2001 album Human.

Seminal UK punks The Stranglers’ classic track “Peaches” takes it a step further; it was banned from the BBC in 1977 due to its sexually explicit lyrics in which the narrator is “walking on the beaches, looking at the peaches” before asking, “Is she trying to get out of that clitares?” — a word for a French bathing suit, which frontman Hugh Cornwell intentionally mispronounces as “clitoris.”

It’s the kind of over-the-top absurdity we’ve come to expect from the genre, and it certainly caused plenty of shocked listeners to clutch their pearls. But before punk made its way across the pond, rock stars in the late ’60s and early ’70s were already making heavy use of the peach metaphor. Steve Miller famously sang “I really love your peaches, wanna shake your tree” on “The Joker” in 1972, but the era’s most notable peach usage is also rooted in tragedy.

It’s an urban legend that the Allman Brothers Band’s 1972 Eat a Peach album is a reference to founding member Duane Allman being killed in a motorcycle accident after colliding with a peach truck in Macon, Georgia. It was actually a flatbed truck carrying a lumber crane that the legendary guitarist swerved to avoid, resulting in the Oct. 29, 1971 crash that tragically ended his life at the age of 24. Still reeling from his death, the surviving members of the band decided to name the record — which features some live cuts from their 1971 Fillmore East recordings as well as studio recordings like “Melissa” — after a quote from an interview Allman did with Good Times Magazine, responding to the question “How are you helping the revolution?”

“Duane didn’t like to give simple answers, so when someone asked him about the revolution, he said, ‘There ain’t no revolution. It’s all evolution,’” drummer Butch Trucks explained in One Way Out: The Inside History of the Allman Brothers Band. “Then he paused and said, ‘Every time I go South, I eat a peach for peace … the two-legged variety.’ That stuck out to me, so I told [label boss Phil Walden], ‘Call this thing Eat a Peach for Peace,’ which they shortened to Eat a Peach.”

It’s a phrase that has also been used as a kiss-off of sorts by another ’70s rock icon: In 1976, prior to the release of Long May You Run, Neil Young famously dropped out of a Stills-Young tour after just nine dates via a curt telegram to Stephen Stills, writing, “Dear Stephen, funny how some things that start spontaneously end that way. Eat a peach. Neil.” It’s a sentiment he’d (sort of) revisit years later, on Lucky Thirteen track “Ain’t It The Truth,” singing, “Eat watermelon, eat peaches and cream, eat ripe tomatoes, you know what I mean.”

“Eat a peach” takes on more of a sexy “carpe diem” meaning on John Prine’s “Spanish Pipedream,” where the narrator encounters a “level-headed dancer on the road to alcohol” who “pressed her chest against me” before telling him, “Blow up your TV, throw away your paper, go to the country, build you a home, plant a little garden, eat a lot of peaches, try an’ find Jesus on your own.”

Ultimately, the meaning you glean from music’s peach imagery depends mostly on you and what you see when you gaze into the pit of the unfortunately shaped fruit. And if you don’t like it, well, you can eat a peach. 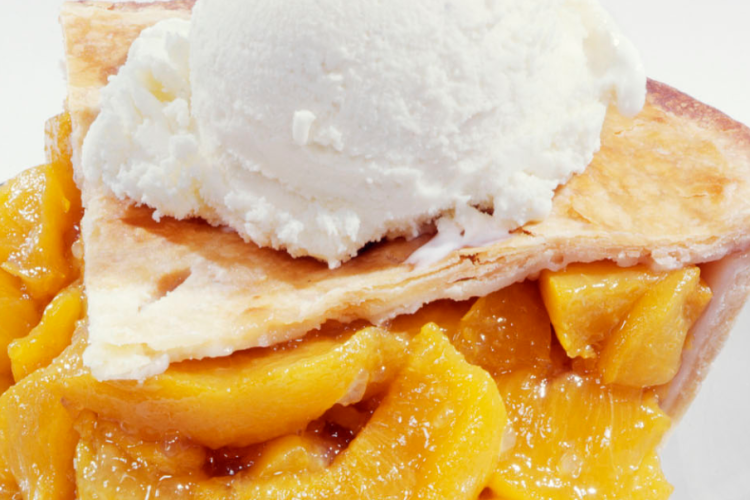