Lifestyles of the Rich and Now Famous

This week, Forbes released its list of the 400 richest people in the country, and two things are clear: one, America’s home to some damn rich people. And two: Donald Trump is definitely still running for office. The 2015 class, whose combined wealth adds up to $2.34 trillion, offers up the old moneyed mainstays — Gates, Buffet et al — but also 25 newcomers. Below: 10 of the freshest-faced 1% of the 1%, and how they got there.

The Beer Baron
Name: Alejandro Santo Domingo
Age: 38
Why He’s So Damn Rich: Beer. It’s big business. Alejandro, along with his brothers Julio Mario and Andrés (also newbies to the list) inherited his father’s brewing company, Bavaria. In 2005, they cashed in and became a part of SABMiller, the second-largest brewery in the world.

The Baller
Name: Gail Miller
Age: 71
Why She’s So Damn Rich: Gail Miller Inherited the mighty greenbacks from her late husband, Larry Miller. In total: 54 car dealerships. The Megaplex Theatre chain. Oh, and 100% of the Utah Jazz, which, according to Forbes, has an ownership stake worth an estimated $800 million. She got game.

The AirBnB of Billionaire CEOs
Name: Brian Chesky
Age: 34
Why He’s So Damn Rich: These days, there’s an AirBnB for everything. Boats. RVs. Campsites. These are the times we live in. Chesky’s the man behind the apartment-lending site that started it all, and he’s undoubtedly cashed in. No news yet on whether or not he’ll leave a review. 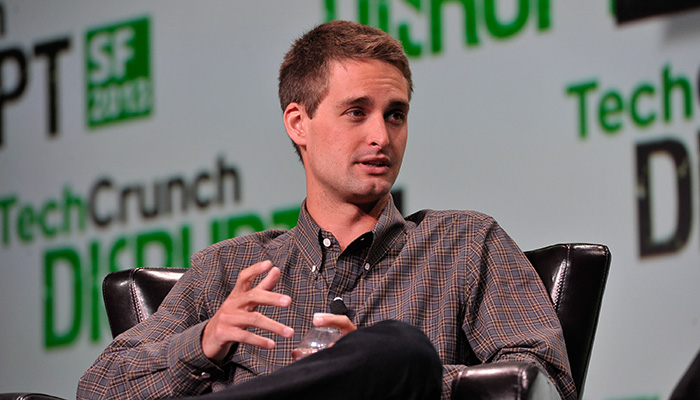 The Young Gun
Name: Evan Spiegel
Age: 25
Why He’s So Damn Rich: SnapChat. Ever heard of it? If you haven’t, there’s no use in trying to figure it out. Just know almost 100 million people use it daily. And SnapChat Chief Exec Evan Spiegel? He’s the world’s youngest billionaire. Okay, maybe you should check it out.

The Self-Made Titan
Name: Robert Smith
Age: 52
Why He’s So Damn Rich: The second-richest African-American in America, Smith left Goldman Sachs and struck out on his own to build Vista Equity Partners, one of the best-performing private equity firms of the last two decades.

The Image Consultant
Name: Aerin Lauder Zinterhofer
Age: 45
Why She’s So Damn Rich: You may have heard of Zinterhofer’s grandmother: Estée Lauder. So she’s got a pedigree. This year, Zinterhofer expanded Nana’s empire by launching her own brand of cosmetics on Net-a-Porter, Mr. Porter’s sister site.

The Governor
Name: Bill Haslam
Age: 57
Why He’s So Damn Rich: He’s the governor of Tennessee. But he’s also the heir of the ubiquitous Pilot Flying J truck-stop chain. Those trucks have made him this country’s richest elected official…for now.

The Philly Smoker
Name: John Middleton
Age: 60
Why He’s So Damn Rich: What happens when you sell your family’s tobacco business to Philip Morris’ parent company? You make a fortune. What happens when you’re the largest individual shareholder in the Philadelphia Phillies? Crushed hopes. But also more fortunes.