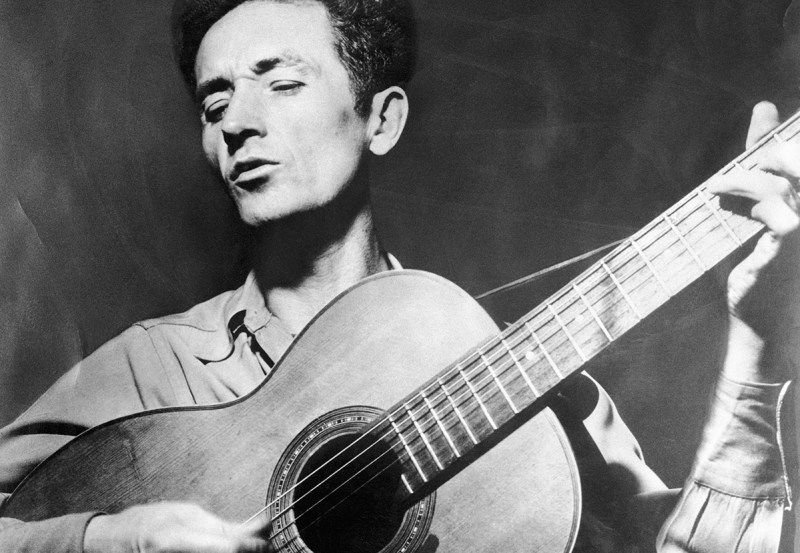 American songwriter and folk musician Woody Guthrie is the subject of a new (to America, anyway) graphic novel by British writer/artist Nick Hayes. Titled Woody Guthrie and the Dust Bowl Ballads, the book is a biography of the Oklahoma-born singer, who wrote hundreds of songs and became a voice of poor and working class America, wielding a guitar with “This Machine Kills Fascists” written on it as a weapon against the excesses of the rich and powerful.

The book covers the major milestones of Guthrie’s life, as well as his mother’s death from Huntington’s disease and the horrific 1935 dust storm, later called “Black Sunday,” that ravaged the Oklahoma and Texas panhandles and gave the Dust Bowl its name. 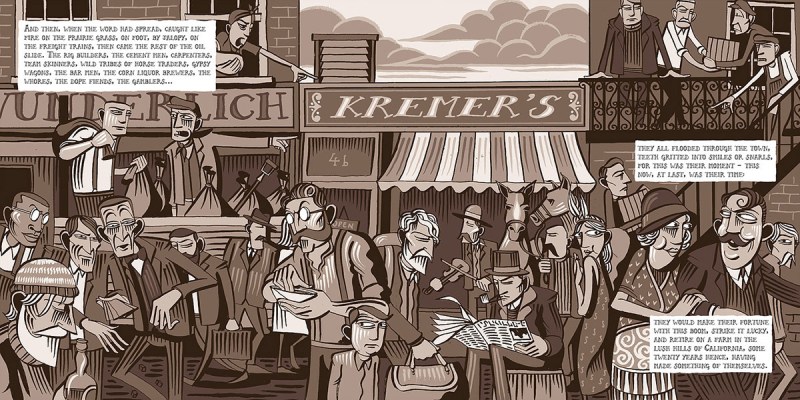 Hayes’ illustrations are crisp and dynamic, bringing to life a time, place, and feeling that few other artists have captured successfully. Interestingly enough, Hayes didn’t start this project with the intention of writing about Guthrie at all.

“I wanted to write about the desertification of the grass plains,” he told RealClearLife in an email, adding that details about Woody’s early life appeared in his research and piqued his interest. “When I hit upon the analogy between land rights and folk song, the idea that neither can really be fenced off and privatized, that was the moment I knew I had to tell his story,” Hayes said. “There were many correlations that I wanted to explore in this book.” 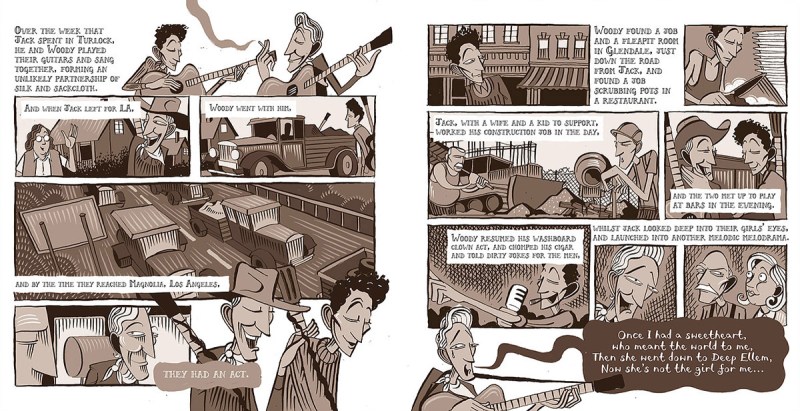 Once those connections had been made, visual inspiration was soon to follow. “I wanted to fill the book with the space and the endless skies of the plains,” Hayes said, and chose to format the book into a square, which allowed for wide-screen, cinematic scenes that emphasized the region’s flatness and its effect on the settlers.

Hayes also took inspiration from the Hoovervilles of the period, comparing them to modern slums in Mumbai and noting that “though the conditions that cause their necessity are awful, they do speak of a great human ingenuity and resourcefulness.” 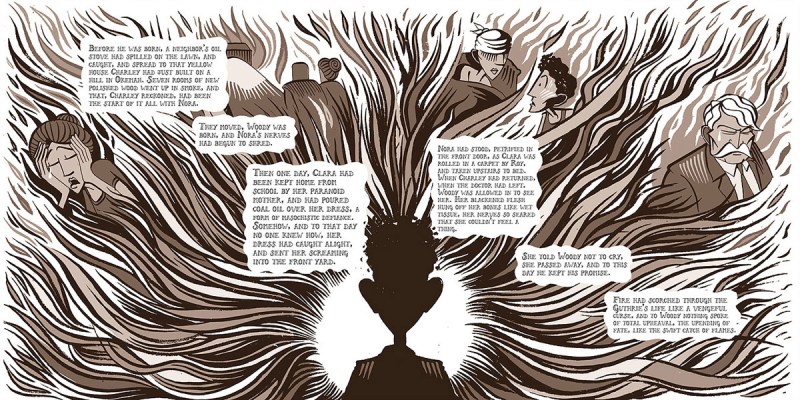 When asked what elements of Guthrie’s life would resonate with a modern audience, Hayes’ response was simple: “Well, nothing has changed.” He pointed to recent events like the migrant crisis, Donald Trump’s nativism and “silly wall,” and a political atmosphere where “the amorality of economic forces is still a superior force to the empathy of human beings” as evidence that the problems Guthrie saw and wrote about in his lifetime are still present today.

Get a copy of Woody Guthrie and the Dust Bowl Ballads from Amazon, or buy directly from the publisher, Abrams Books.  While you do, listen to Guthrie’s rendition of “This Land Is Your Land” with footage of the musician performing the song in 1945 below.