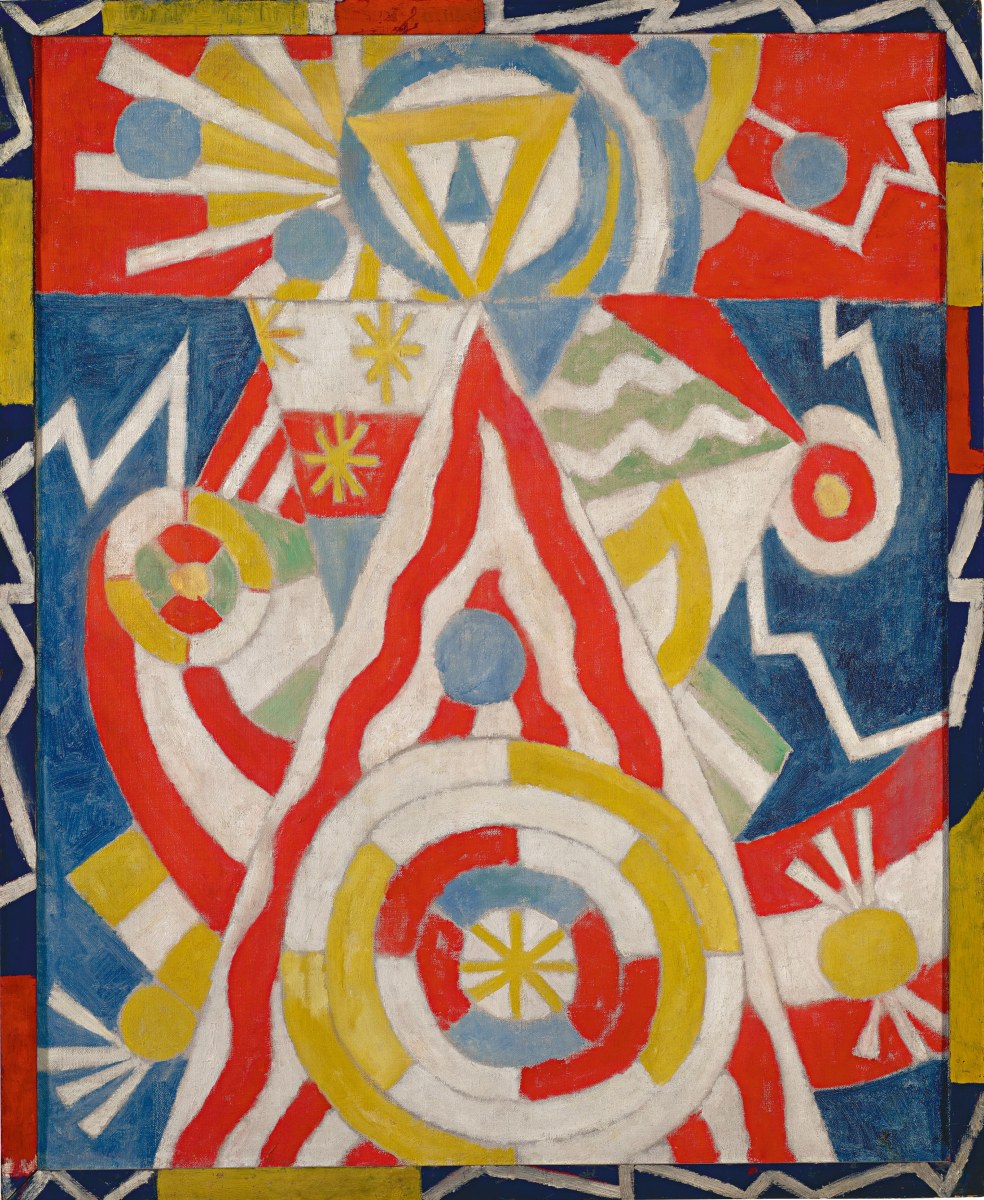 This year on November 11, which marks the centenary of Armistice Day, Sotheby’s is bringing together a group of works that illustrates the varied impact the First World War had on the artistic production of the time.

According to a press release sent to RealClearLife, the offering will be incorporated into Sotheby’s “Impressionist & Modern Art Evening Sale,” taking place in New York on November 12. The auction—presented under the moniker The Beautiful and the Damned, in reference to the 1922 novel by F. Scott Fitzgerald—will showcase work from immediately prior to the outbreak of the war though its aftermath.

Learn more about the art, shown below. 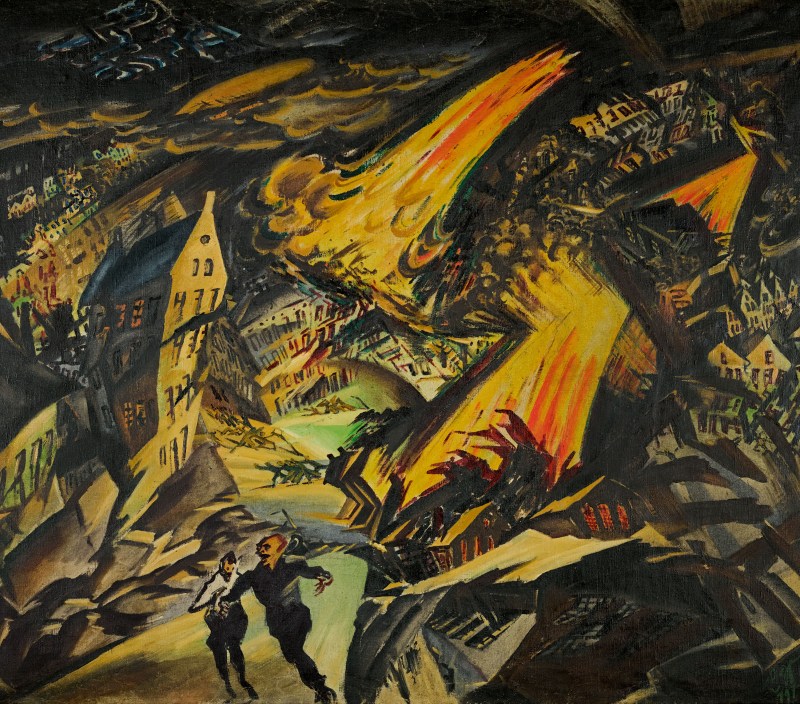 Meidner created this in 1912, right on the brink of World War I. It is one of about 15 paintings from Meidner’s series of apocalyptic landscapes, according to Sotheby’s. The dual-sided painting displays a “cataclysmic and arresting scene that reflects the social, political, emotional and artistic upheaval in Germany at the time,” writes Sotheby’s.

In the painting, the city under the night sky is lit up by two volcanic eruptions, and buildings are collapsing under the tremors of an earthquake. You can see two men, dwarfed by the devastation and destruction around them, trying to escape.

Very few works from this series remain, according to Sotheby’s, and those that do hang in international institutions like the Neue Nationalgalerie Berlin, the Saint Louis Art Museum in Missouri and the Los Angeles County Museum of Art (LACMA). 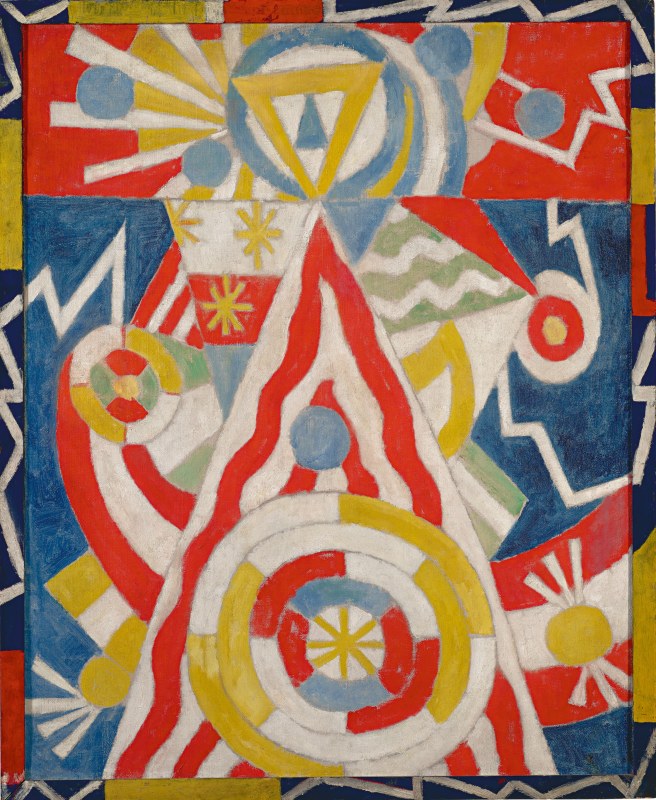 Painted during the development of Modern art, Hartley’s piece is one of the first examples of an American artist working in a purely abstract idiom. Along with the painting, you also get the original artist-painted frame. The painting comes from a group that the artist produced in Berlin between 1913-1915—most of the series can be found in museum collections, including the Metropolitan Museum of Art, the National Gallery of Art and the Whitney Museum of American Art. This painting is coming from the collection of Ed and Deborah Shein.

“It is a privilege to present Pre-War Pageant, which represents an extraordinary achievement in Modern painting,” said Liz Sterling, Senior Vice President and Senior Specialist in Sotheby’s Impressionist & Modern Art Department, in a press release sent to RCL. “The works that Hartley produced in Berlin from 1913–15 are boldly radical and widely considered to be the most important in the development of Modern art in America. Pre-War Pageant is a true masterpiece within this series, and one of the few examples left in private hands.” 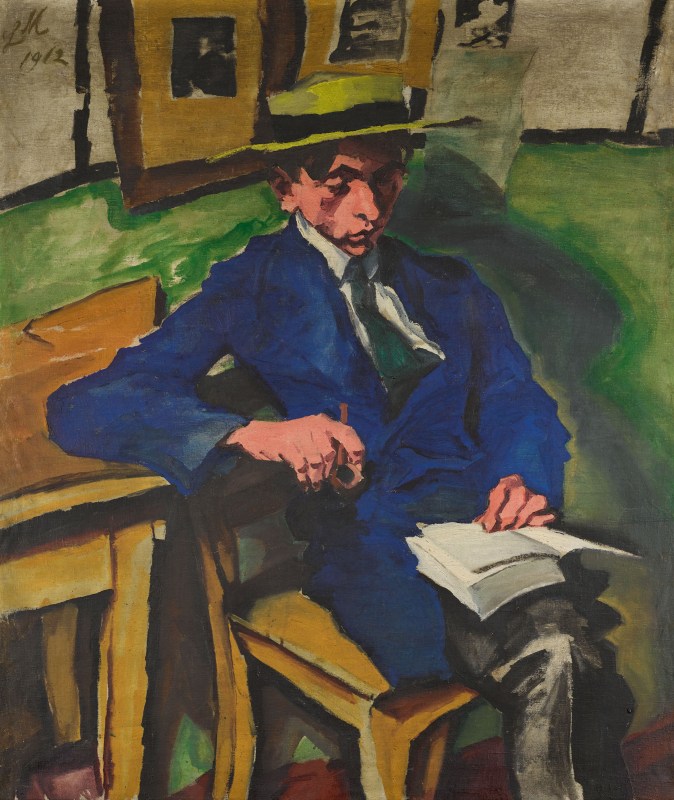 This Meidner painting is starkly different to his “Apokalyptische Landschaft.” It was painted during a crucial moment in Meidner’s career, following the creation of the artistic movement created by Franz Marc and Wassily Kandinsky. The painting features an unidentified young man wearing a blazer and straw hat, reading a book, a joy afforded during the pre-war era.

“This astonishingly prescient and profoundly-affecting image is not only a quintessential Expressionist painting but also one of the most extraordinary paintings of the early 20th century,” said Helena Newman, Head of Sotheby’s Worldwide Impressionist & Modern Art Department, to RCL. “Meidner’s visionary aesthetic carries as much power today as it did at the moment when the artist stood on the brink of cataclysmic events just over a century ago.”

It’s been three years since 'Call Me By Your Name,' Luca Guadagnino’s film adaptation of Andre Aciman’s novel by the... more