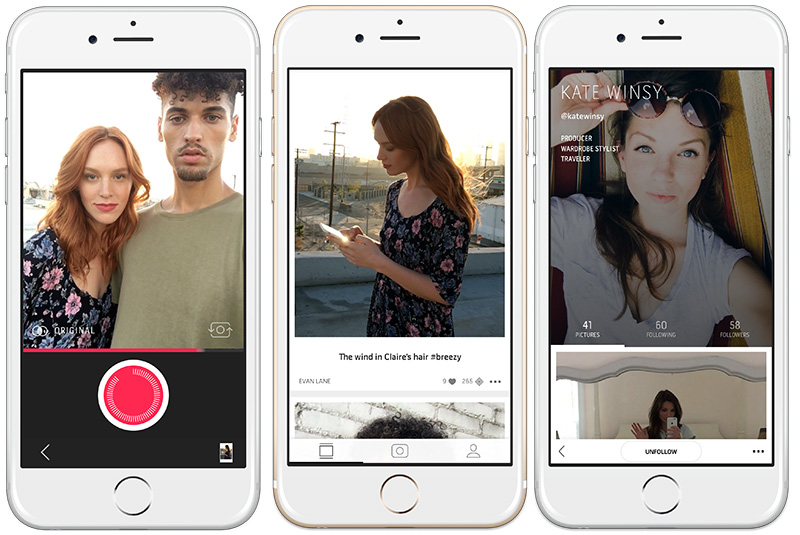 Despite the unlikely analog film resurgence, Polaroid is looking to get into the technology market with its latest product release: an app. Polaroid’s Swing enables people to capture one-second moments that come to life when you touch them or swing your phone–an engaging new visual medium the company hopes will stand alongside photos and videos.

However, Polaroid joins an already crowded marketplace. Both Apple and Google (which develop the two primary operating systems for smartphones) already have offerings for users who want more than just a snapshot with “Live Photos” and “Motion Stills,” respectively. The Verge‘s James Vincent elaborates on why this poses problems for Polaroid Swing:

“The challenge is whether Polaroid Swing will be able to compete in such a crowded market. It’s certainly not the first app to try adding a little movement to picture sharing, and as with any new mechanic like this, the danger is that Polaroid Swing’s images won’t be able to spread beyond the app itself.”

The ambitious app has some impressive talent behind it–the result of a partnership between the Polaroid brand and a Silicon Valley tech startup chaired by Twitter co-founder Biz Stone. From former Apple engineers to the man who designed Instagram’s original filters and logo, Swing has put together a world-class team of engineering and design talent. So talented, the group even surprised the man who helped put it together, Biz Stone. From his post on Medium:

“Months flew by. Then, I got my hands on Polaroid Swing. Amazing. I laughed out loud at what it could do. It was awesome. Calling this an app doesn’t do it justice. It digs deep into the inner workings of the camera and transforms it into something capable of producing magic. Tapping on glass creates a new, interactive, genre-defining medium that is, evolutionary. I started playing with it. My four-year-old son loves it. Now he says, ‘Daddy, don’t take a picture. Make a Polaroid.’ Perfect. Love that kid.”

As Vincent mentioned, the app’s biggest barrier is getting the movable images out of the app and onto other platforms. RealClearLife has given it a head start by including some of them here for you. Go ahead and interact with the picture with your mouse or finger.