Axel Ruger (center), director of Amsterdam’s Van Gogh Museum, stands next to the paintings ‘Congregation Leaving The Reformed Church of Neunen’ and ‘View of the Sea at Scheveningen’ by Vincent Van Gogh during Italian investigators’ press conference in Naples, Italy, on September 30, 2016 (ANSA via AP)
ANSA via AP

“The thieves used a ladder to reach the roof of the Van Gogh Museum and descended into the building. Although their presence set off the burglar alarm, they escaped before the museum opened its doors for the day, the police said.”

Stolen were a pair of works Van Gogh painted in the early 1880s, “Congregation Leaving the Reformed Church in Nuenen” and “View of the Sea at Scheveningen,” both of which were believed to be worth in the multiple millions of dollars (though the museum didn’t comment on their collected value at the time of the heist; The Times cited a work that had been auctioned off recently for $71 million). The FBI counted the theft among the Top 10 worst in history. 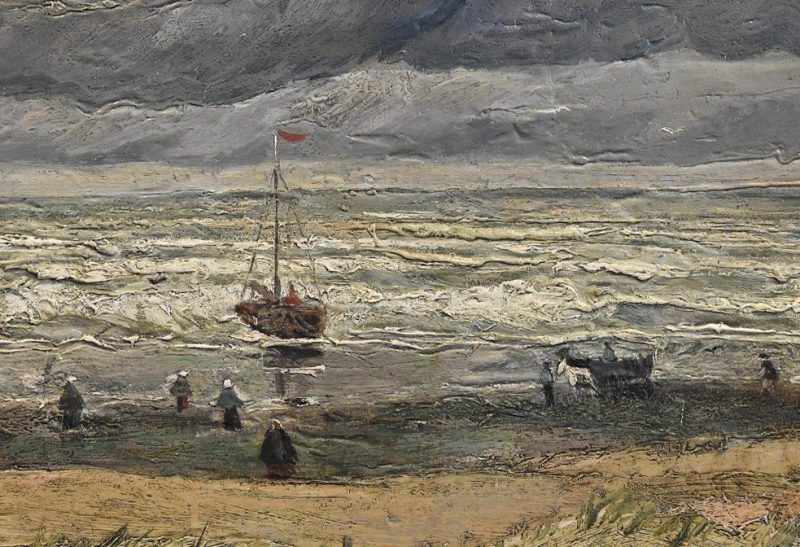 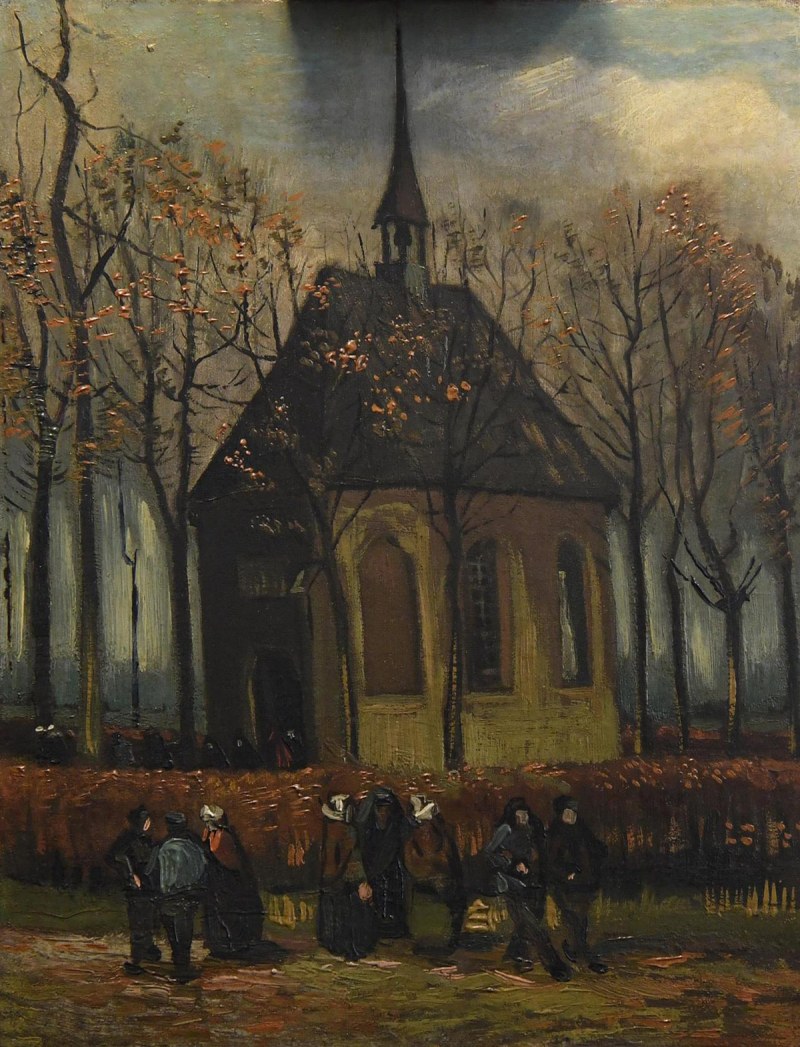 Miraculously, the two paintings turned up unscathed by Italian law enforcement officials at the end of last month. The find came as part of an investigation into a Naples-based, drug-dealing mafia syndicate, with the discovery coming in an alleged mob boss’ home.

“After so many years, I didn’t dare to think they would ever return….We’ve waited 14 years for this moment and of course we’d like to take them straight home. We’ll need to exercise a bit of patience, but I am convinced we can count on the support of the Italian authorities.”

To find out more about the 2002 heist and the recent happy conclusion, read The Guardian‘s story here. For more details on the sting that uncovered the two paintings, watch the video below.