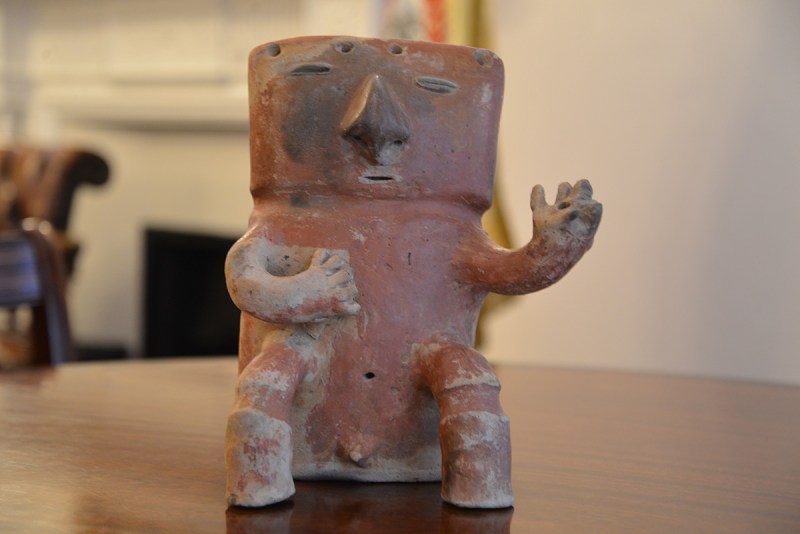 It happens more often than you think: stolen or looted artifacts from the ancient world wind up in the hands of top auction houses, who after doing their due diligence, return the pieces to their true owners.

This exact thing recently occurred in London by way of the South American country of Colombia. Nearly 80 years ago at Colombia’s National Museum, a priceless pre-Columbian clay sculpture went missing under mysterious circumstances and was never recovered. That is, until recently.

Known as a Quimbayan sculpture, the ceramic statue was produced by the people native to the middle Cauca River region prior to Spanish conquest in the 1530s. The statues range in height from four to 20 inches in height and are fashioned out of square or rectangular slabs of clay. (The septum of this one was pierced, likely once holding a gold or copper nose ring.) The sculptures were included as offerings to the dead at burial sites. 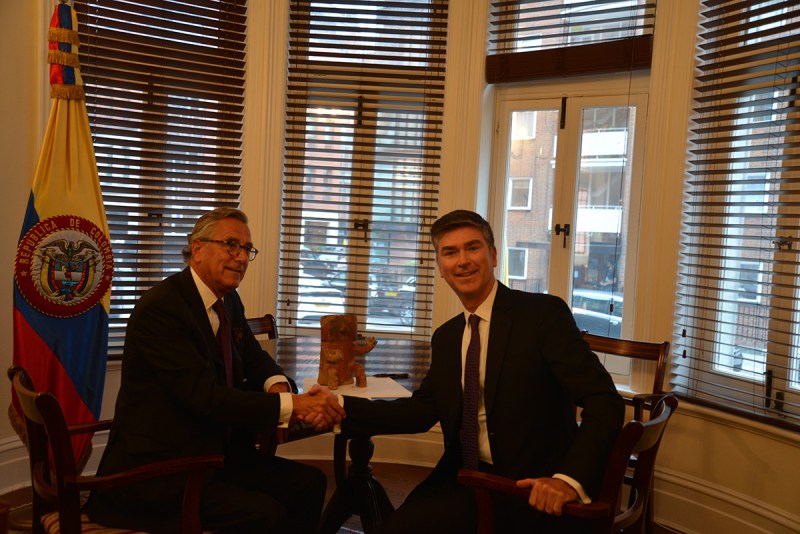 After the sculpture was rejected by curators at Sotheby’s, it was then consigned by an unknown collector—who claims he or she received it as a gift in 1999—to Hampstead Auctions in London. The auctioneer’s in-house art historian, Beth West, then sought out its provenance and noticed a number of red flags, ultimately contacting the Art Recovery Group, which manages a database of stolen or missing art (the FBI has a similar database of open art theft investigations). The group then contacted Colombian authorities, whose National Museum director, Daniel Castro, confirmed that is was the missing piece. It hadn’t been cataloged since 1939.