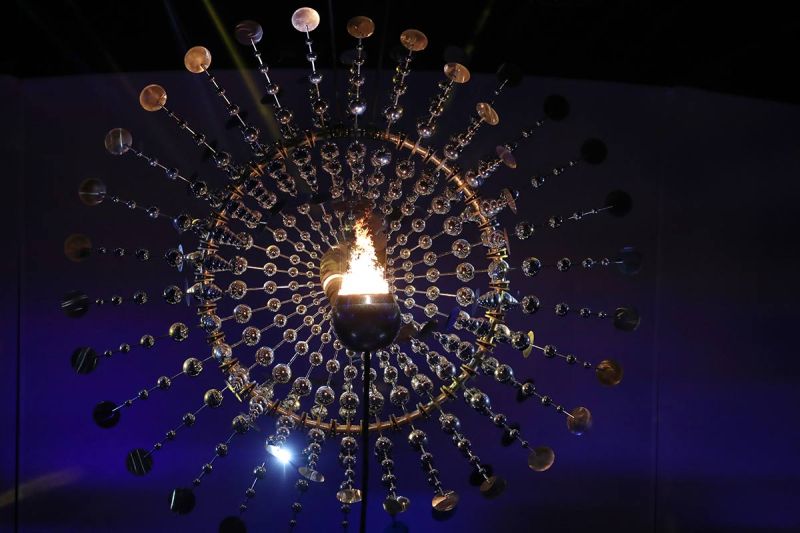 Long before he became a sensation at the 2016 Olympics Opening Ceremony, Anthony Howe fell into his current profession like many men: by chasing a woman. Fawning over a Ford model he knew, Howe constructed her a metal heart. “She probably thought I was a jerk,” he told the Creators Project. While it “didn’t work,” it did spark something in him and helped lead to the remarkable work the Washington-based kinetic artist currently makes.

Today, Howe designs and constructs sculptures that move with nature, almost as if they are alive. He was bored with how static traditional sculpture was, so he decided to create pieces of art that interact with their environment. First utilizing “Rhinoceros 3D” software to make three-dimensional models, Howe then uses a plasma cutter to tediously cut the shards of metal before crafting his sculpture with more traditional methods.

Though the sculpture conjure images of jellyfish and sunflowers, Howe wants his work to be inimitable. He also wants them to endure over time and under unsavory weather conditions. In order to test their durability, many of his sculptures (which can be up to 25 feet tall) are bolted on the back of his pickup truck for a drive down the freeway. To learn more about Howe’s hypnotic sculptures, watch the video below.