Last month, NASA released footage of its Qualification Motor 2 test, which was conducted at a Utah facility in June. While the rocket booster test was important, so was the video that documented it. The camera that recorded the booster captured details that have never been seen before. 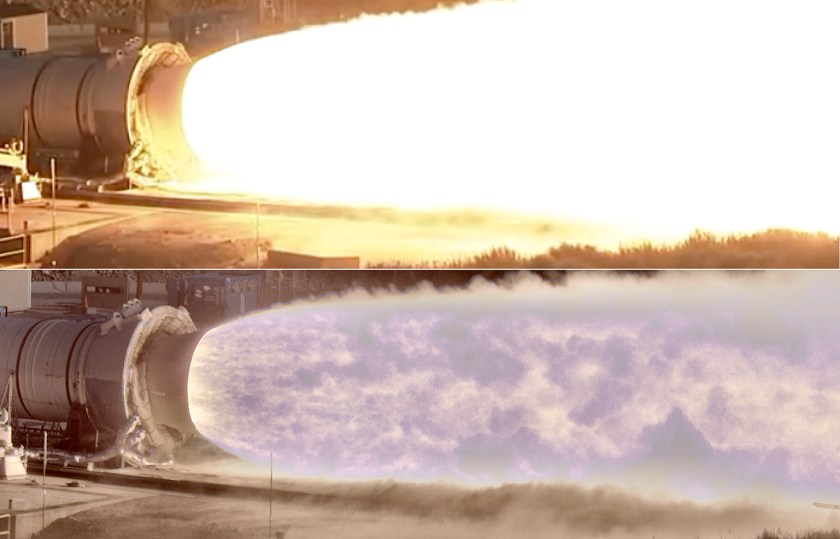 NASA invented the High Dynamic Range Stereo X (HiDyRS-X) to solve a problem it had when recording rocket motor tests. Because of the extremely bright light, its camera had difficulty recording all the visual information in both the shadows and the highlights at the same time. (In other words, the video was either too light or dark.)

To solve this, the space agency tasked innovators with building a unique type of high-dynamic-range (HDR) camera. HDR photos or videos typically require multiple versions of the same shot, each with different exposures, that are then laid over each other to create a composite image with a range of highlights and shadows. The HiDyRS-X records all of these different exposures at the same time and then combines the footage in-camera, creating perfectly-exposed footage (which can be seen in full at the bottom of this piece). 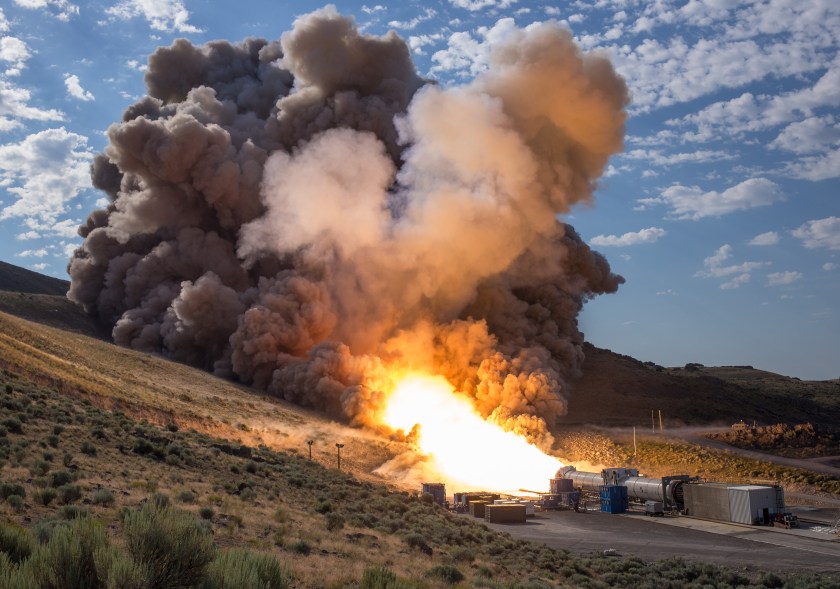 The second and final qualification motor (QM-2) test for the Space Launch System’s booster is seen, Tuesday, June 28, 2016, at Orbital ATK Propulsion Systems test facilities in Promontory, Utah. During the Space Launch System flight the boosters will provide more than 75 percent of the thrust needed to escape the gravitational pull of the Earth, the first step on NASA’s Journey to Mars. (NASA/Bill Ingalls)
(NASA/Bill Ingalls)

The simultaneous rocket-and-camera test captured the booster plume with unprecedented results—in more ways than one. “I was amazed to see the ground support mirror bracket tumbling and the vortices shedding in the plume,” says Howard Conyers, who helped develop the HiDyRS-X.

The team was able to gather interesting data from the slow motion footage, and Conyers discovered something else when he upped the speed: “I was able to clearly see the exhaust plume, nozzle and the nozzle fabric go through its gimbaling patterns, which is an expected condition, but usually unobservable in slow motion or normal playback rates.”

NASA plans to continue improving the technology HiDyRS-X camera. Hopefully, it will mean more unprecedented multimedia of rocket tests and even celestial bodies. While the camera was invented to give scientists more data about its booster tests, the technology that HiDyRS-X from other HDR cameras could be applied to future space imagery. Watch the test and marvel at the camera below.