'Think Tank' by English street artist Banksy, on display at Rome's Palazzo Cipolla in May 2016. The piece was sourced from private collectors. (Vincenzo Pinto/AFP/Getty Images)
By Sean Cunningham 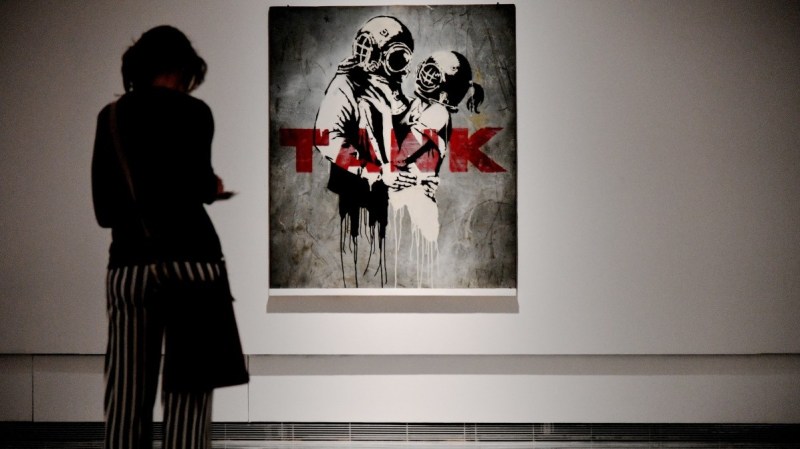 ‘Think Tank’ by  Banksy, on display at Rome’s Palazzo Cipolla in May 2016.(Vincenzo Pinto/AFP/Getty Images)

Banksy has achieved a level of fame that once seemed unimaginable for a graffiti artist. (Case in point: He’s the director of an Oscar-nominated film about himself, Exit Through the Gift Shop.) As his notoriety has grown, the art world has been left with one nagging question: Who exactly is he? Banksy has protected his true identity with a zeal normally associated with superheroes and serial killers, which has left his pursuers even more determined.

Now, however, there is a possible solution, thanks to a method developed to help law enforcement authorities track criminals: geographic profiling. 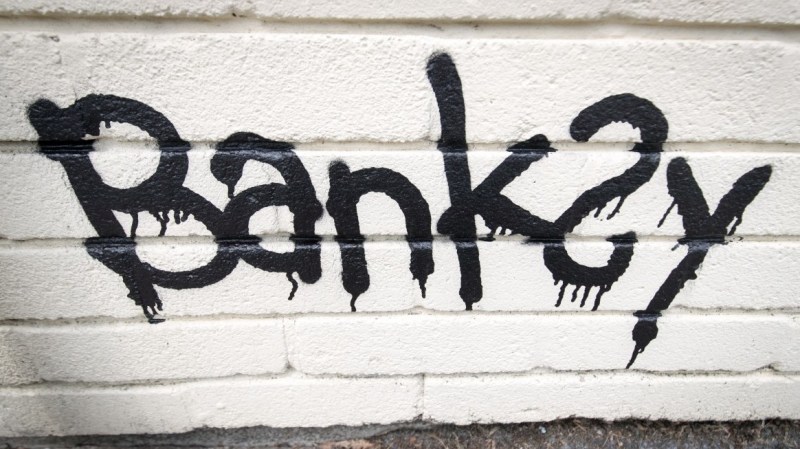 The name Banksy is written as part of a mural which was painted on the side of one of the classrooms at Bridge Farm Primary in Bristol during half-term on June 7, 2016, in Bristol, England. The 14-foot piece was said to be a thank you by the elusive artist after the school recently named a house after him. (Matt Cardy/Getty Images)

Geographic profiling uses “the locations of a connected series of crimes to determine the most probable area that an offender lives in.” (After all, unsanctioned graffiti is still illegal.) It doesn’t necessarily solve a crime, but is an excellent way to eliminate a suspect. In Banksy’s case, investigators took a candidate put forward by past researchers—a man from Bristol, England named Robin Gunningham—and found that (drumroll, please) he wasn’t eliminated as a possibility by geographic profiling.

Does that mean he’s Banksy? Not necessarily, but he remains the most promising contender for the still-faceless artist.

For more on the investigation of Banksy, click here. See the photos below for some of Banksy’s past efforts. 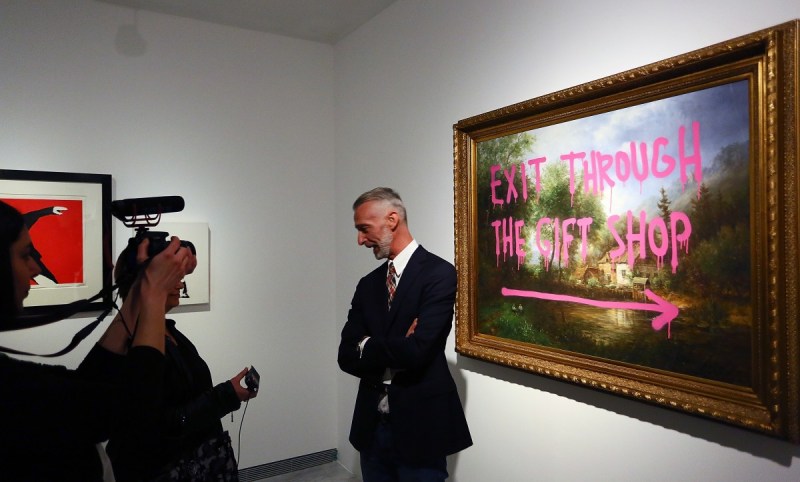 General view during the Banksy ‘Guerra Capitalismo and Liberta’ exhibition at Palazzo Cipolla on May 23, 2016 in Rome, Italy. (Ernesto Ruscio/Getty Images) 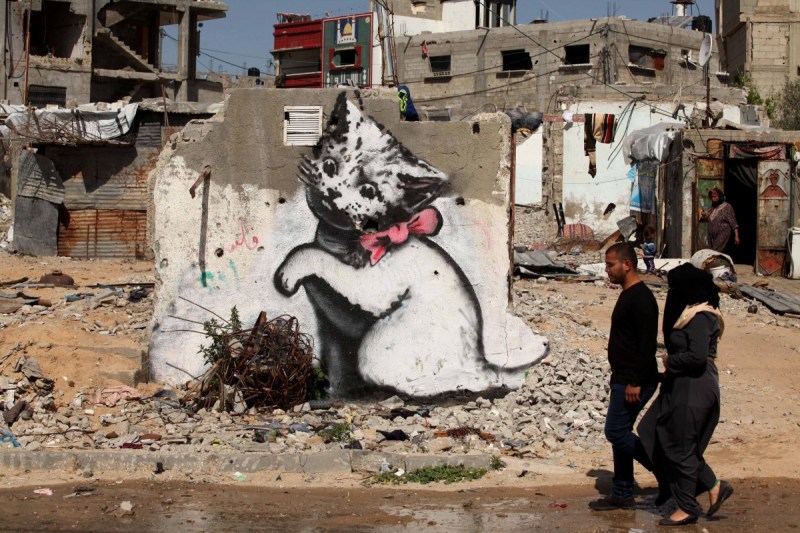 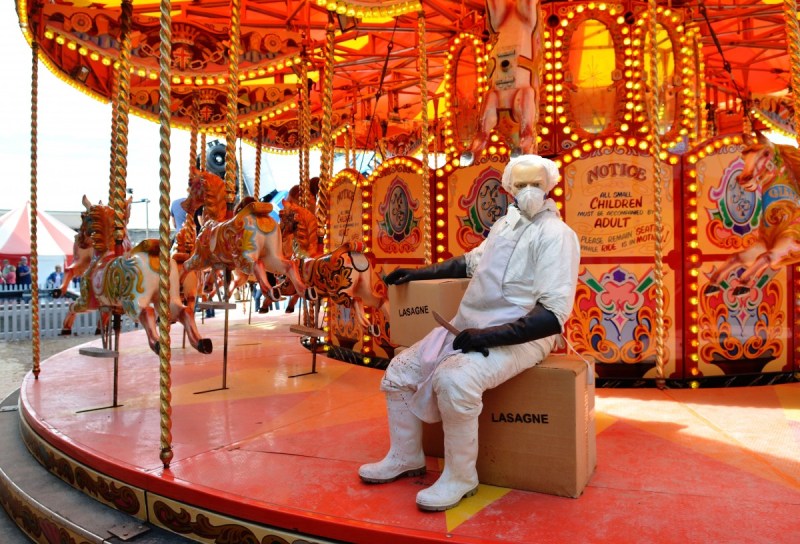 A sculpture depicts a ‘horse meat’ butcher on a carousel as Banksy’s Dismaland Bemusement Park opens to the public, on August 28, 2015, in Weston-Super-Mare, England. Graffiti artist Banksy has opened the subversive, pop-up theme park styled exhibition at the derelict seafront Tropicana lido, featuring the work of 50 artists. The ‘Bemusement Park’ combines dark humour and ‘entry-level anarchism’ and will open for just five weeks. (Jim Dyson/Getty Images)