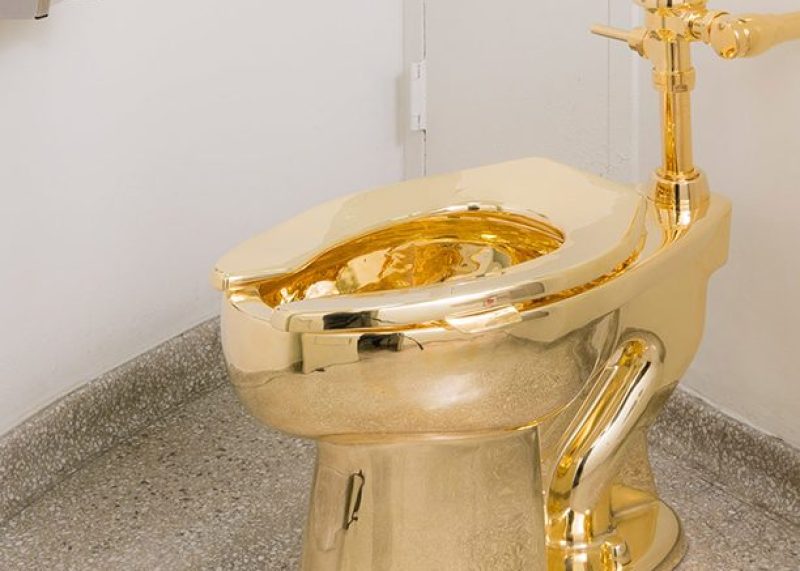 The Guggenheim Museum’s “America” exhibition centers on Maurizio Cattelan’s most opulent art prank to date: replacing one of restroom’s toilets with a solid gold replica, intended for public use.

Originally from Italy and now living in New York, Maurizio Cattelan specializes in art pranks and controversial images, and has been the subject of a previous Guggenheim exhibition, titled “Maurizio Cattelan: All,” that ran from November 2011 to January 2012. He has had other solo exhibitions in the Museum of Modern Art, New York; the Centre Georges Pompidou; the Museum of Contemporary Art in Chicago; and the Louvre, among many others.

Joking in a recent interview that his gold toilet is “one-percent art for the 99 percent,” Cattelan claims that “Maurizio Cattelan: America” is a response to the idea that galleried art should not be touched; but the interactivity between this piece and its audience is certainly new. It also jabs at the intersection of creativity and commerce in the modern art world, and works as a symbol of its clueless excesses.

“Maurizio Cattelan: America” opened on September 16, 2016, and currently does not have an end date. For more information on the exhibition, click here.