"Grunge: Rise of A Generation" is now showing at Morrison Hotel Galleries in NYC, LA and Hawaii.

It doesn’t smell like teen spirit inside the Morrison Hotel Gallery in New York City, but it sure looks like it.

A new photo exhibit that opened at the gallery last week in honor of Grunge Month, Grunge: Rise of a Generation, showcases the work of some of the top rock photographers of the ’90s.

Among the dozens of striking photos on display are a few shot by Pearl Jam’s official photographer, Lance Mercer, during the band’s formative years of 1991 to 1995. Also present at the exhibit: snapshots Mercer took of Alice in Chains.

There are also early images of Soundgarden and its frontman, Chris Cornell, shot by Karen Mason-Blair and Jay Blakesberg, as well as photos of Kurt Cobain taken by Jesse Frohman during Nirvana’s last official photo shoot prior to the 27-year-old lead singer’s suicide. 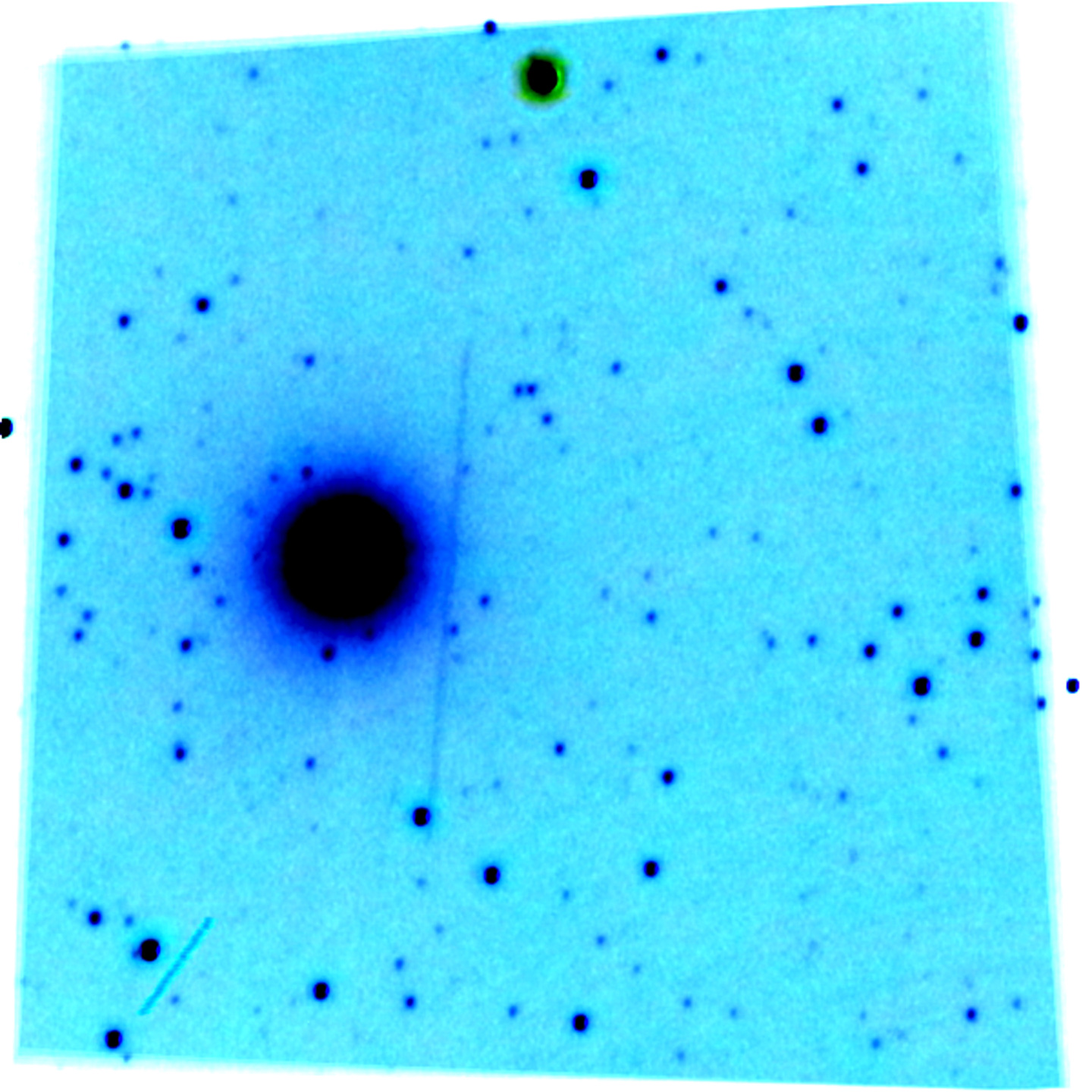 Near Earth Object 164121 (2003 YT1)- On October 31, 2016, Near Earth Asteroid 164121 (2003 YT1) made a close encounter with Earth at 3 million miles. This Apollo asteroid with an orbital period of 427 days was discovered by the Catalina Sky Survey on 18 December 2003. The photographer’s first attempt at imaging the asteroid was done with a camera on a fixed tripod, controlled by Astrophotography Tool software. The asteroid moved so fast I could see it moving on the live screen. The negative image is a stack of 56 cropped images created using PIPP and Deep Sky Stacker software and was processed with IrfanView and Photoshop for scientific content rather than cosmetic appearance. Loughborough, Leicestershire, UK (© Derek Robson) 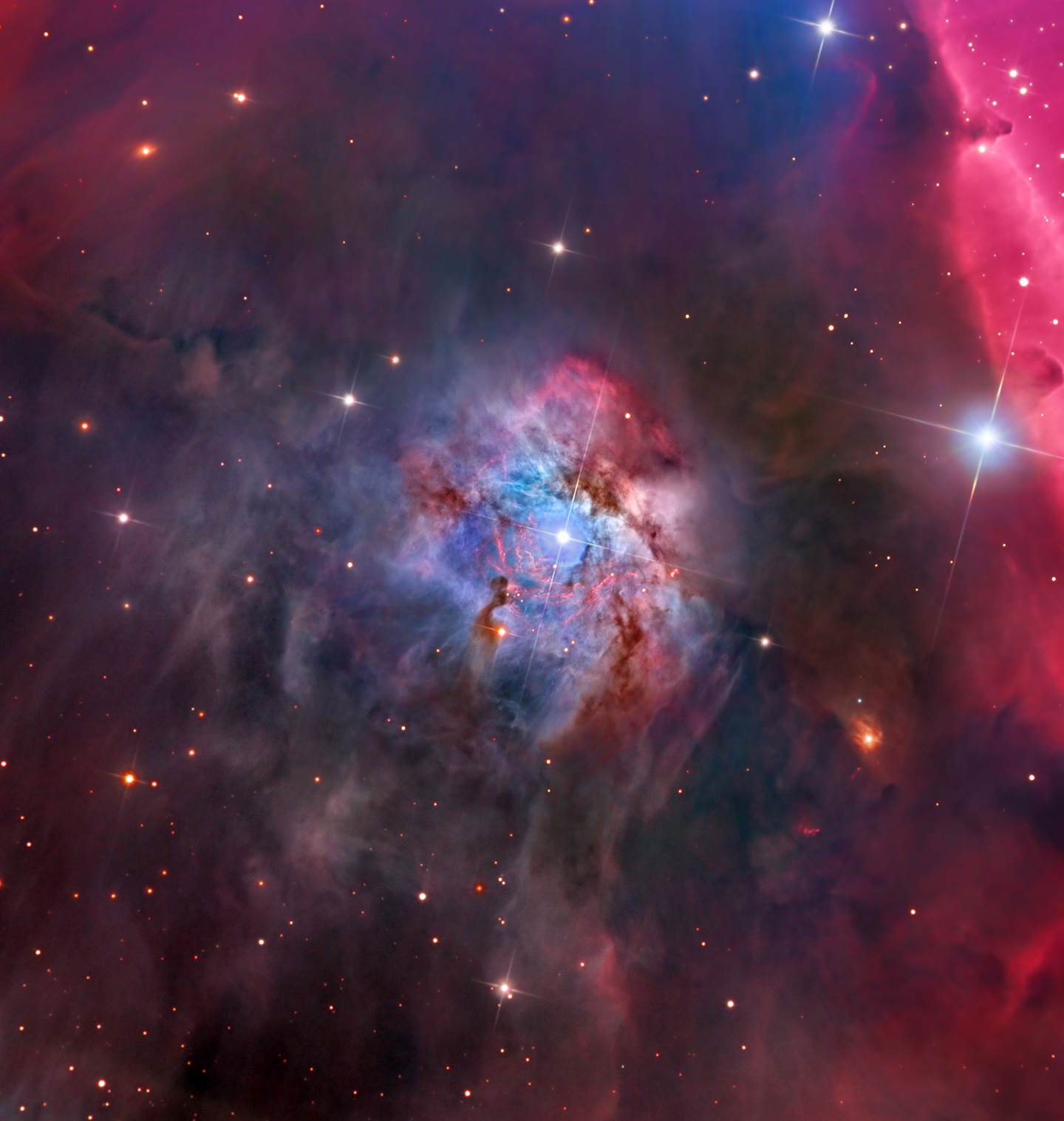 NGC 2023- Lying in the constellation of Orion, at a distance of 1467 light years from our planet is the emission and reflection nebula NGC 2023. Most often photographed next to the famous Horsehead Nebula, the photographer has instead given NGC 2023 the spotlight in order to try and bring out all of the wonderful detail seen across its diameter of 4 light years, making it one of the largest reflection nebulae ever discovered. Partner Steve Mazlin is the lead processor on this one for SSRO. Cerro Tololo Inter-American Observatory, near La Serena, Chile (© Warren Kelle) 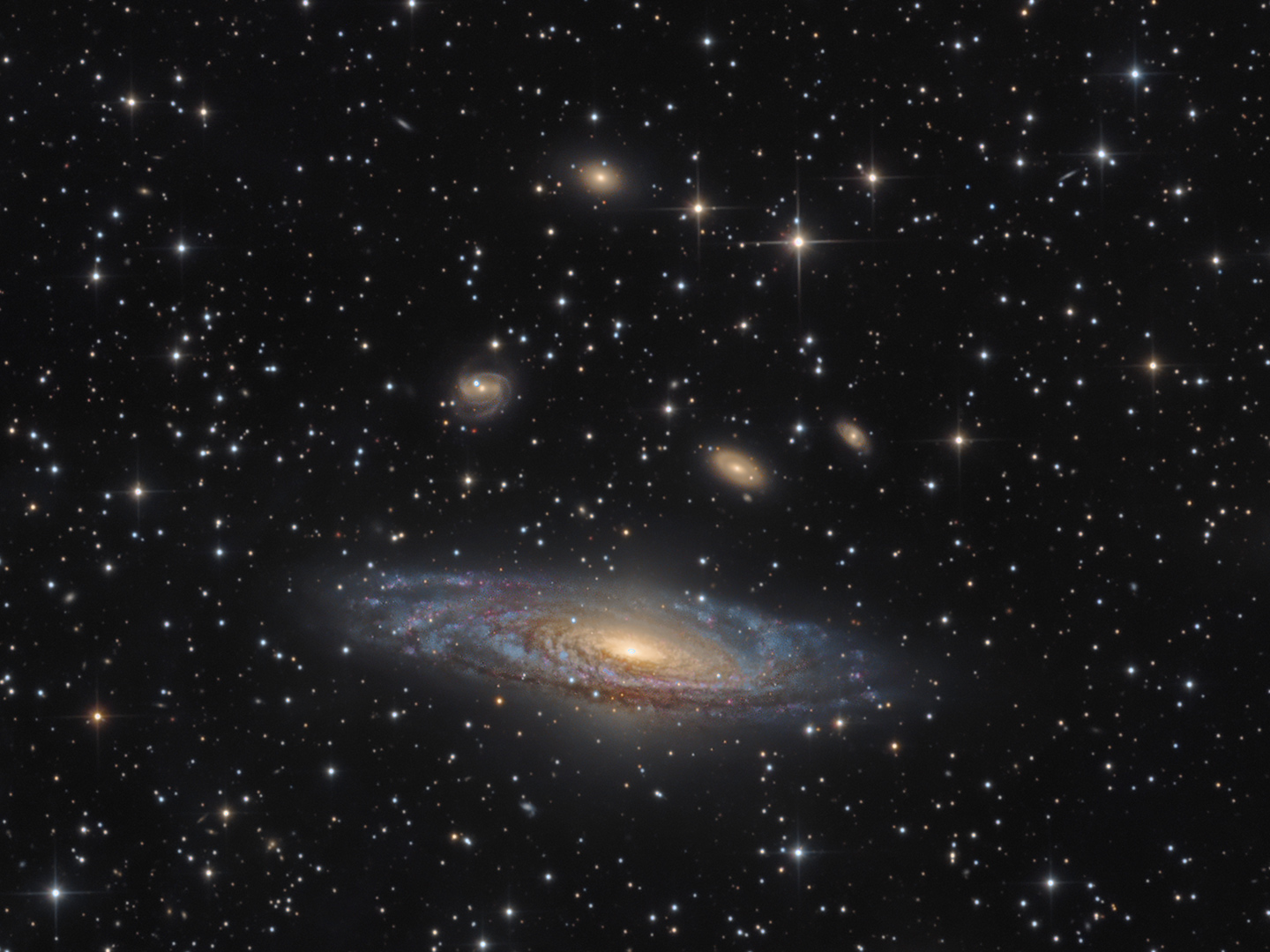 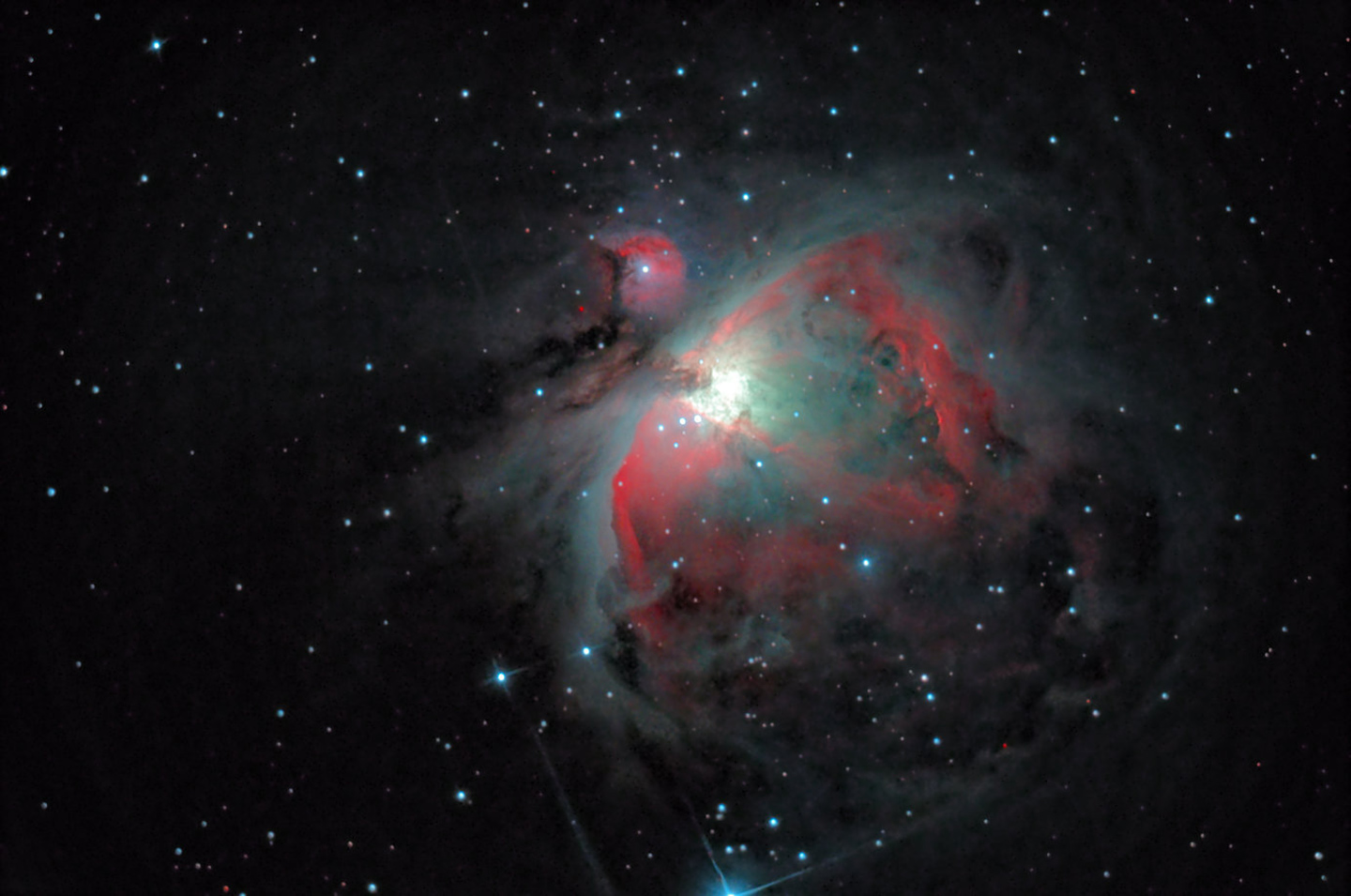 Orion’s Gaseous Nebula- Lying 1,300 light years away from Earth, the Orion Nebula is found in Orion’s Sword in the famous constellation named after the blade’s owner. The Orion Nebula is one of the most photographed and studied objects in the night sky due to the intense activity within the stellar nursery that sees thousands of new stars being created, which also makes it a relatively easy target for beginners. The nebula is thought to measure about 24 light years across and have a mass 2000 times that of our Sun. London, UK (© Sebastien Grech)

For those who remember the days of frayed flannel, grubby jeans, and mandated melancholy, the images provoke almost instant nostalgia, in part because many of the subjects captured within them are no longer with us.

“I photographed Scott Weiland and Chris Cornell—for these guys their strength was their weakness,” photographer Clay Patrick McBride told RealClearLife. “They were very sensitive people who were maybe too sensitive to handle the success that came their way.”

McBride, who now teaches photography at the Rochester Institute of Technology, has a photograph he took of Courtney Love at Electric Ladyland Studios in Greenwich Village in the show. 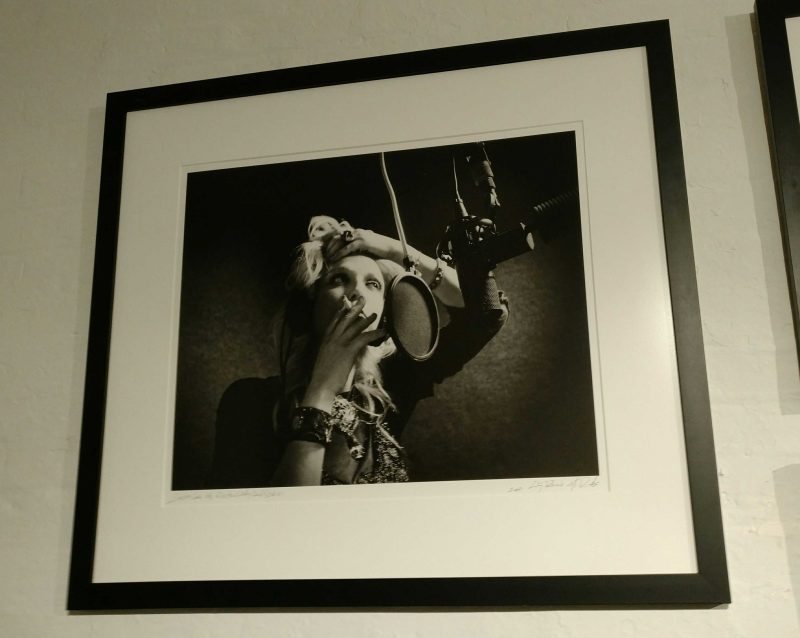 “This was my time,” McBride told RCL. “The ’90s were it for me. It’s when I came of age as an artist and this music was like the carpet of my life and the soundtrack to many sleepless nights in the darkroom and grinding away at different photo shoots. It was the thing that set the pace for everything.” Though many of those bands still tour and release new music, they are no longer considered the vanguard of the rock music scene, as they were 25 years ago.

“It’s interesting that grunge is now classic rock, which makes me old,” McBride said. “It’s difficult, I’m a teacher now and many of the students I teach weren’t even born when Kurt Cobain died.” 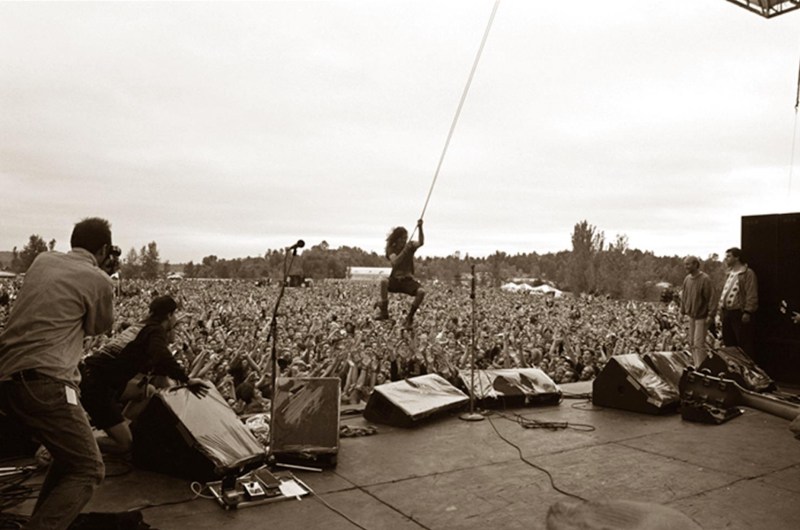 Despite that, grunge—and what it stood for—is still relevant today, especially for those who were coming of age in the ’90s.

“I think it was a way of looking back into punk rock and forward into heavier music in a totally different way,” McBride said. “It had its feet in both the future and the past in a beautiful way. I think that’s what good art does. It nods to what came before it and makes it something new. I think it means something to the people who lived it. People can love the music, but people who lived through the time have had a very different experience. To me, there was a time that was completely f*ck the world … there was a magic to it that came with my age and where I was in my life.” 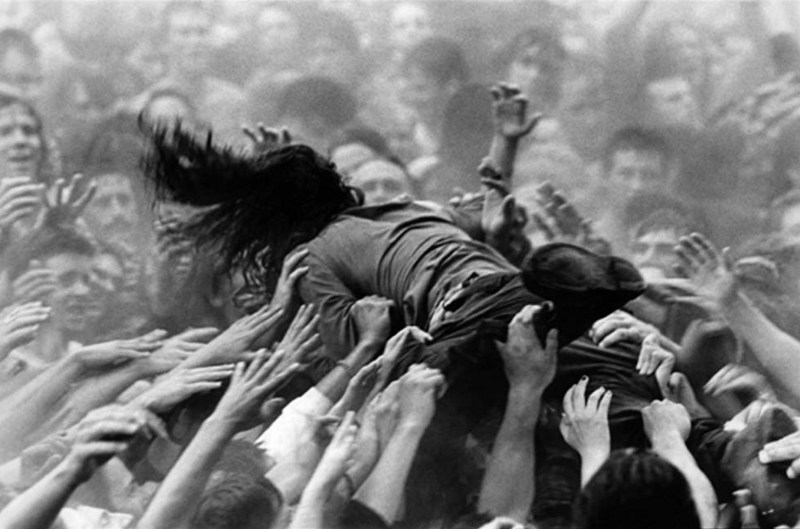 In addition to the exhibition, Frohman will give a talk on March 14th where he will discuss his photo shoots with Cobain and Cornell.

“As someone who came into adulthood within the era, I never imagined the possibility—much less, the importance—of revisiting the period through fresh eyes in collaboration with some of my favorite photographers and artists of all time,” said gallery director Marcelle Murdock. 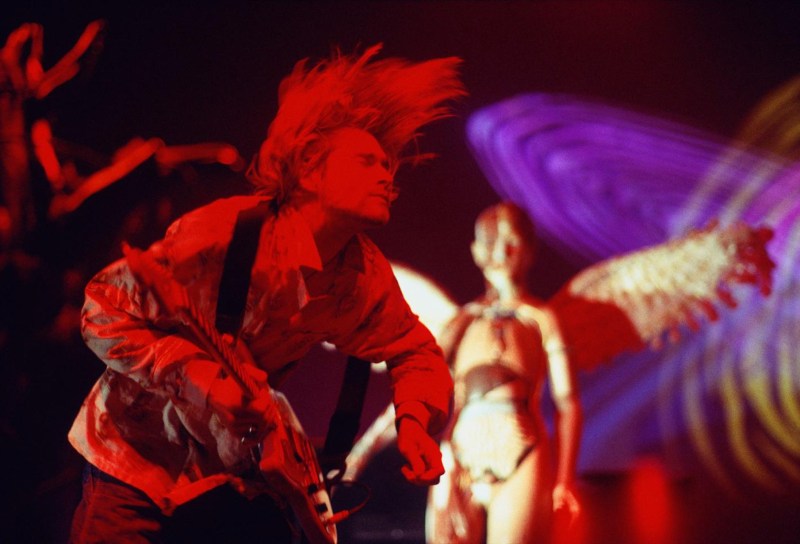 “People should come to this because it is great work,” he said. “These are outstanding photographs. You have Nirvana’s last photo shoot here. You have moments of Woodstock, of Chris Cornell crowd-surfing—this is history. This is our history. If you were alive in this time, these are your Rolling Stones and your Beatles.”

Grunge: Rise of a Generation will be open until Marchi 31 at the Morrison Hotel Gallery at 116 Prince Street in New York, the Sunset Marquis at 1200 Alta Loma Road in West Hollywood, and Fleetwood’s General Store at 744 Front Street in Lahaina, Hawaii.