Getting to Know Javier Muñoz, The New Hamilton on Broadway

Javier Muñoz and Lin-Manuel Miranda who both play the title character in the Tony Award winning musical 'Hamilton' at the Richard Rodgers Theater on June 16, 2016 in New York City. (Walter McBride/Getty Images)
By Matthew Reitman 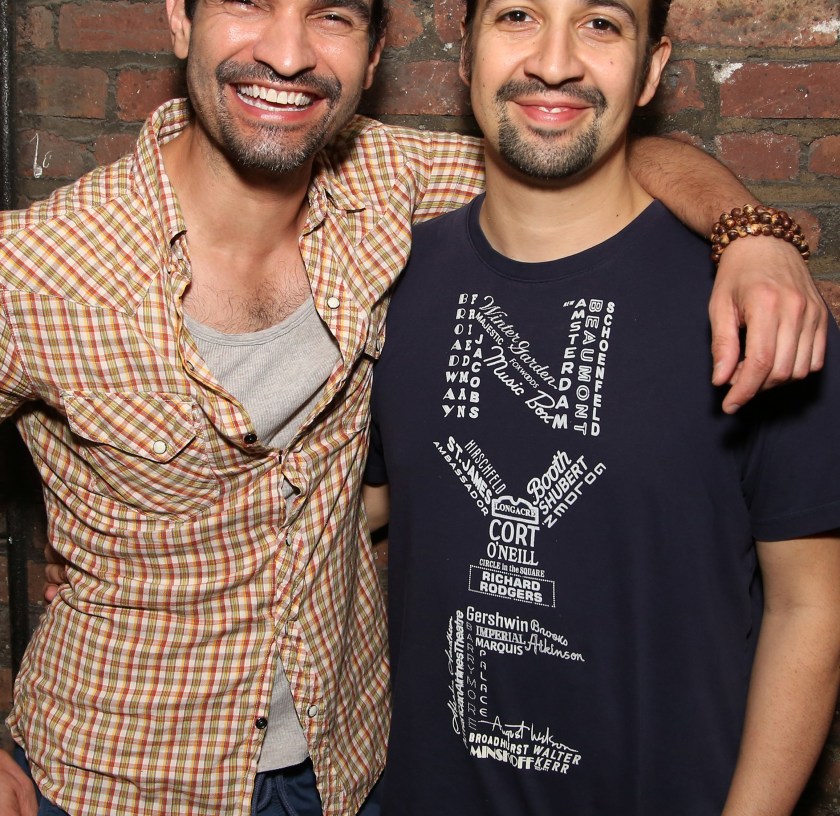 Javier Muñoz and Lin-Manuel Miranda, who both play the title character in the Tony Award winning musical ‘Hamilton’, at the Richard Rodgers Theater on June 16, 2016 in New York City. (Walter McBride/Getty Images)

Javier Muñoz has big shoes to fill. Muñoz took over for Hamilton creator Lin-Manuel Miranda in the title permanently in July. Muñoz had been Miranda’s understudy, relieving him once a week and on stand-by during each performance. There’s likely no one more suited to handle the role of the rapping Treasury Secretary. Indeed, Muñoz has his own take on the role, bringing in a dimension Miranda did not. The New York Times described Muñoz’s portrayal as the “Sexy Hamilton”–because of the braggadocio he brings to the role–”with a penetrating stare and a Don Juan smile.”

Frankly, it’s remarkable the new Hamilton is on a stage at all. At 40, the openly gay Muñoz is both H.I.V. positive and a recent cancer survivor. Muñoz sat out performances in the fall of 2015 while he underwent treatment for his cancer. Needless to say, his return to his Hamilton role is a triumphant one after being declared cancer-free in March. Muñoz was interviewed by the Times at a restaurant where he used to work in advance of him taking over for Miranda. Here are his thoughts on taking the helm of the show:

“I was on Facebook the other day, and Lin[-Manuel Miranda] released that little teaser of his song with Jennifer Lopez, and I sort of sat there and went, ‘I’m taking over for this guy?’ That just feels incredible. [But] it comes down to the work, right? I’ve been jumping in there every week, and I’ve helped build this character. So it’s like, I’m just enjoying this, man. This is just fun, and glorious.”

Read the full interview here. Or, below, watch him talk to the “Today” show about what it’s like to be the lead in the biggest musical in the world.