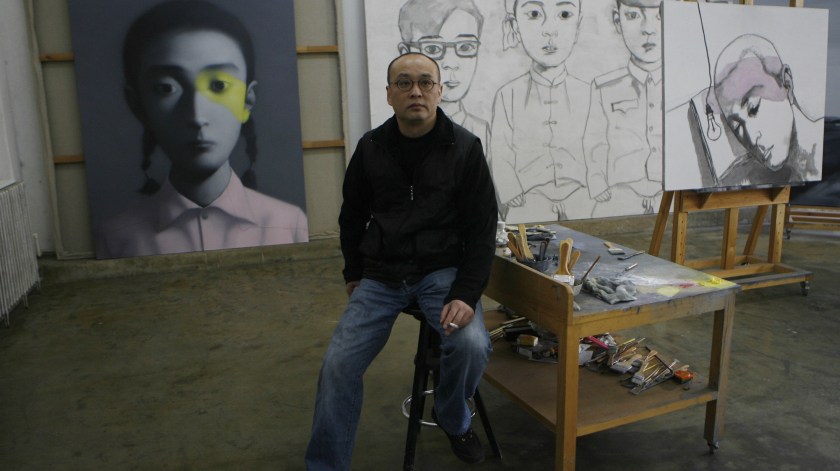 Zhang Xiaogang, one of China’s leading contemporary artists, recently talked to Christie’s fine art specialist Tianyue Jiang about his creative process and the backstory for his 1990 painting, “Three Black Songs: Melancholy” (see below). One of a trio of related paintings—including “Three Black Songs: Terror” and “Three Black Songs: Contemplation”—”Melancholy” recently sold for $1.1 million at Christie’s in Hong Kong. Here’s Xiaogang talking about the time period (i.e. around the Tiananmen Massacre) during which the piece was produced:

“At the end of the 1980s and early ’90s, the socio-political environment had changed drastically, and this reality shook me up severely. There was a great shift in my mindset. Before this, my paintings had romantic and dream-like themes. After the second half of 1989 I began a huge, soul-searching introspection. It seemed as though there were lots of things I couldn’t escape.”

To learn more about the work of artist Zhang Xiaogang and read the full interview, click here.