Credit: Mike Kemp / Contributor Editorial #: 527496418 Collection: Corbis News Infinity Mirrored Room – Filled with the Brilliance of Life, Kusama's largest Infinity Mirror Room to date. Tate Modern, London, UK. Yayoi Kusama is a Japanese artist. Throughout her career she has worked in a wide variety of media, including painting, collage, sculpture, performance art and environmental installations, most of which exhibit her thematic interest in psychedelic colors, repetition and pattern. (Photo by In Pictures Ltd./Corbis via Getty Images)
By Sean Cunningham 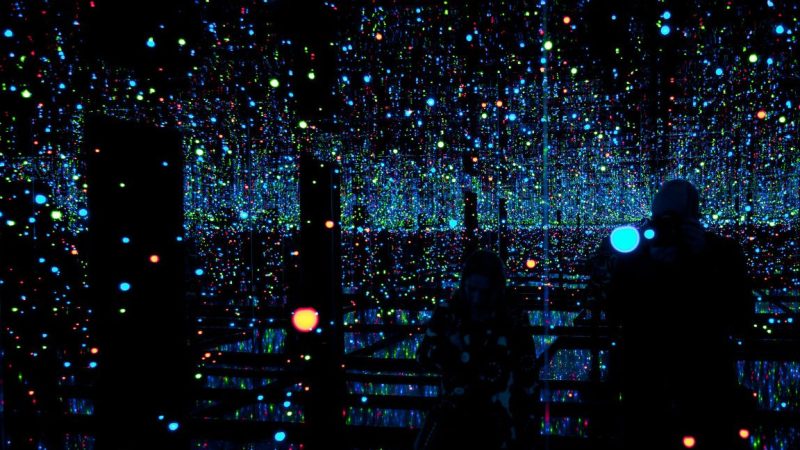 Now 87, Japanese artist Yayoi Kusama has chosen to live in a mental hospital near Tokyo since 1977, due to hallucinations and nervous disorders. Yet it hasn’t stopped her from achieving remarkable popularity: In 2014 alone, she drew over 2 million people to see her work, earning her the title of the world’s most popular artist based on museum attendance.

Now people in Los Angeles have a chance to immerse themselves in her vision at the museum The Broad. Infinity Mirrored Room – The Souls of Millions of Light Years Away is a mirror-lined chamber that houses an apparently endless LED light display. It’s a unique experience and it’s meant to be experienced a unique way: one patron at a time.

Yes, the piece can only accommodate a single visitor at a time for about a minute. It requires a separate timed same-day reservation, which ticket holders are able to reserve, pending availability, after arrival at the museum at a kiosk in the lobby. (While this may seem complicated and a bit inconvenient since you can’t guarantee admission, at least there isn’t an additional admission fee.)

For more details, click here. Infinity Mirrored Room – The Souls of Millions of Light Years Away runs through October 2017. And while that should be plenty of time to see it, if you still miss it, take heart in knowing it will be replaced by even more Yayoi Kasuma. Because starting in October 2017, The Broad will host the major touring installation Yayoi Kusama: Infinity Mirrors, an even larger exhibit which is billed as “the first institutional survey to explore the celebrated Japanese artist’s immersive Infinity Mirror Rooms.”

At the bottom, find a video of one of Yayoi Kusama’s most famous fans, Adele, discussing her love of The Broad’s Infinity Mirrored Room. (Adele was even filmed singing “When We Were Young” in the room.) 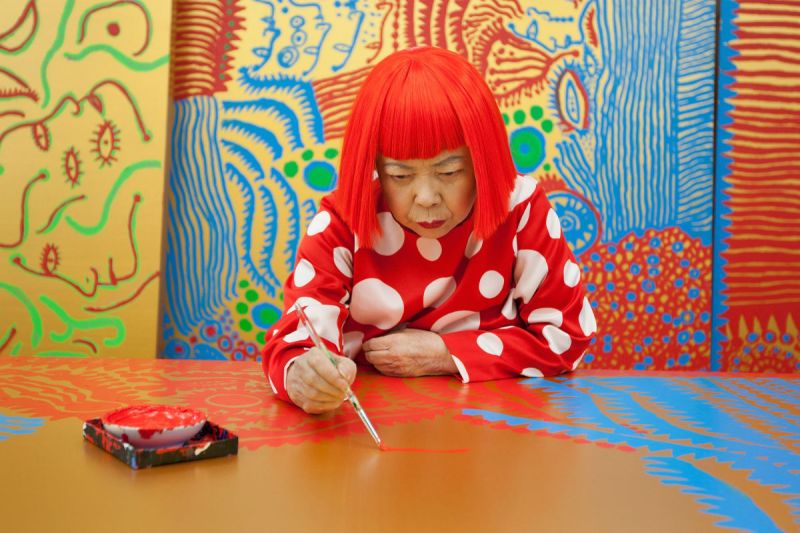 Japanese artist Yayoi Kusama sits working on a new painting, in front of other newly finished paintings in her studio, on January 25, 2012, in Tokyo, Japan. (Jeremy Sutton-Hibbert/Getty Images)