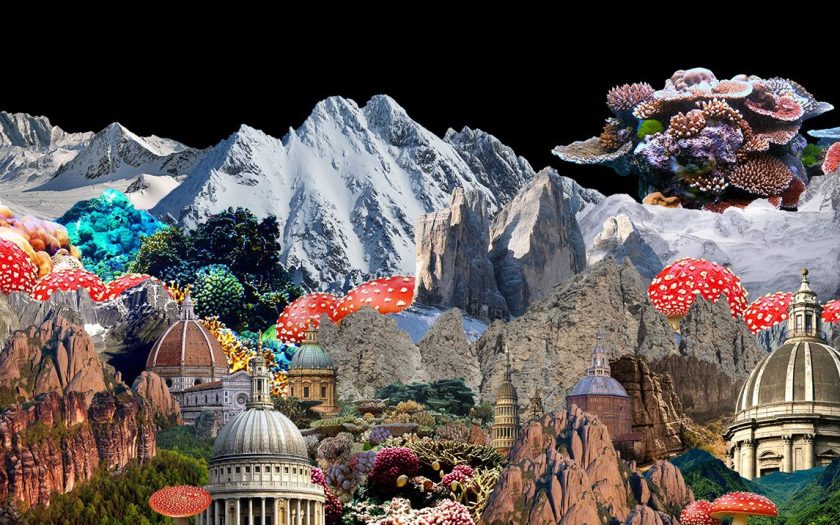 If you enjoy taking a lot of pictures on vacation, you probably know how hard it is to choose the best one before deleting the rest. Sometimes one image or memory is significant but doesn’t tell the whole story. That’s the inspiration behind Caterina Rossato’s postcard collages.

The Italian artist sorts through thousands of postcards to recreate landscapes that distill multiple images and perspectives into a single frame. “My goal is to create images that contain a combination of multiples viewpoints,” Rossato told RealClearLife. “Our sight cannot be converted into a single image, except through the overlapping of multiple scenes or moments.” 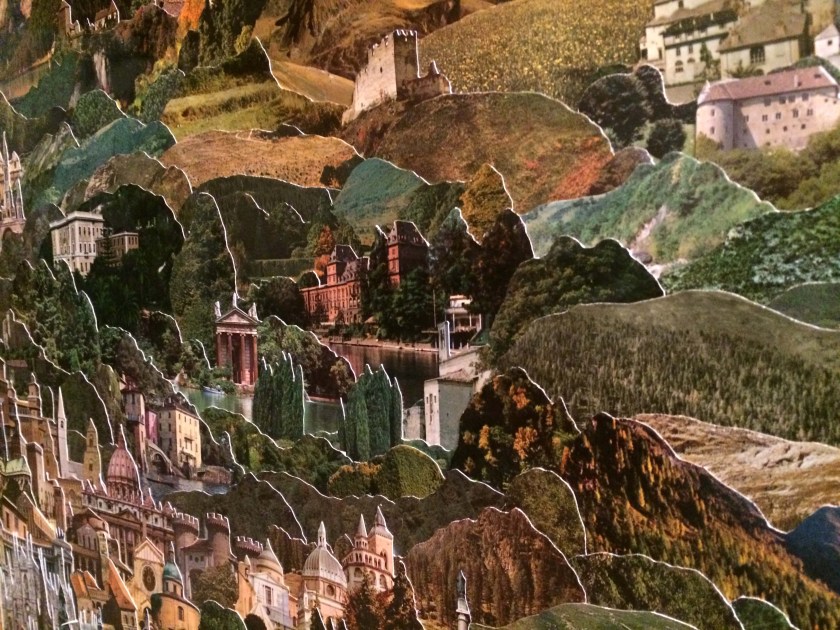 Rossato creates her art through digital and analog means, both of which take a considerable amount of time and effort. From start to finish, each piece involves between two and six months of work. Her largest piece “Greetings,” which measures slightly less than 5 feet by 5 feet, is made up of 1,000 different postcards (see detail above).

When working the old-fashioned way, Rossato will buy a cache of about 4,000–5,000 postcards per piece from local merchants or on eBay, before curating the images she wants to highlight and cutting them up. Once all the clippings have been sorted through and filed, she glues them onto a wooden board one at a time.

Rossato’s digital process is slightly different in that she’ll sometimes use her own images instead of high-resolution, postcard-like digital images. The latter produces a similar result to her analog process, but with photo software used to create a three-dimensional effect. When Rossato’s own photos are involved, however, her mission deviates ever so slightly. In this process, the artist seeks to recreate a landscape from every possible vantage point by photographing each one. She’ll then compile the images into a single frame, much like she would if she used postcards. 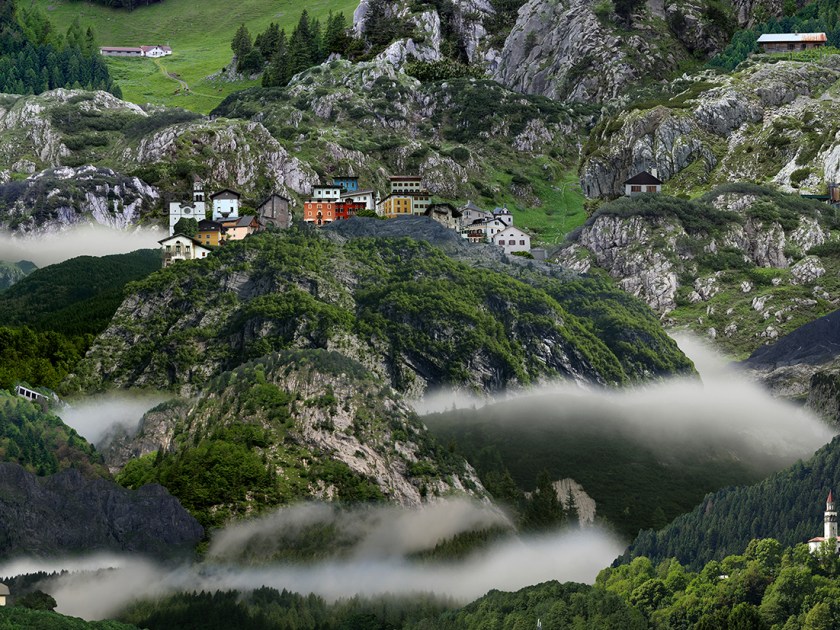 The theme tying together all of the collages is the fragility of memory and perception. We all have preconceived ideas of what a place might look or feel like, but that often differs from the truth. Rossato’s work exists in that space between our conception and reality. “I create landscapes made through a collage of other landscapes, combining images in which the sense of recognition of reality slips from one level to another and it is never clearly identified,” she shared in her artist’s statement.

Rossato is currently exploring the relationship between digital and analog artistic techniques, using new media technology to do so. See more of her work below. If you wish to see Rossato’s other projects, head over to her website here. 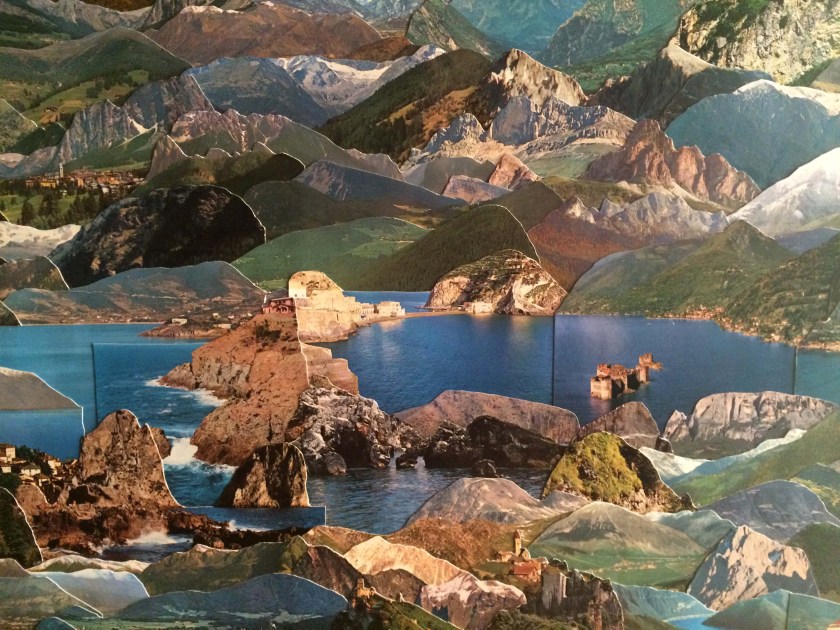 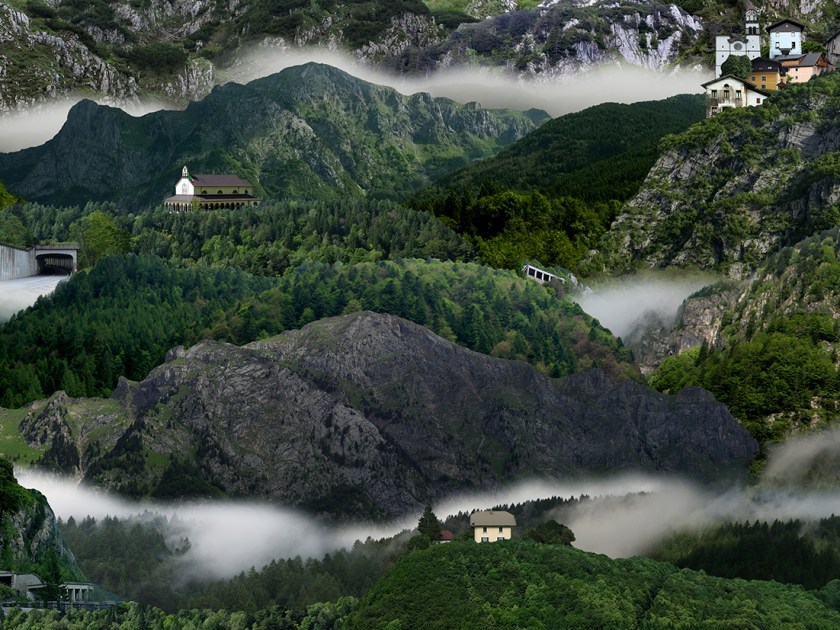 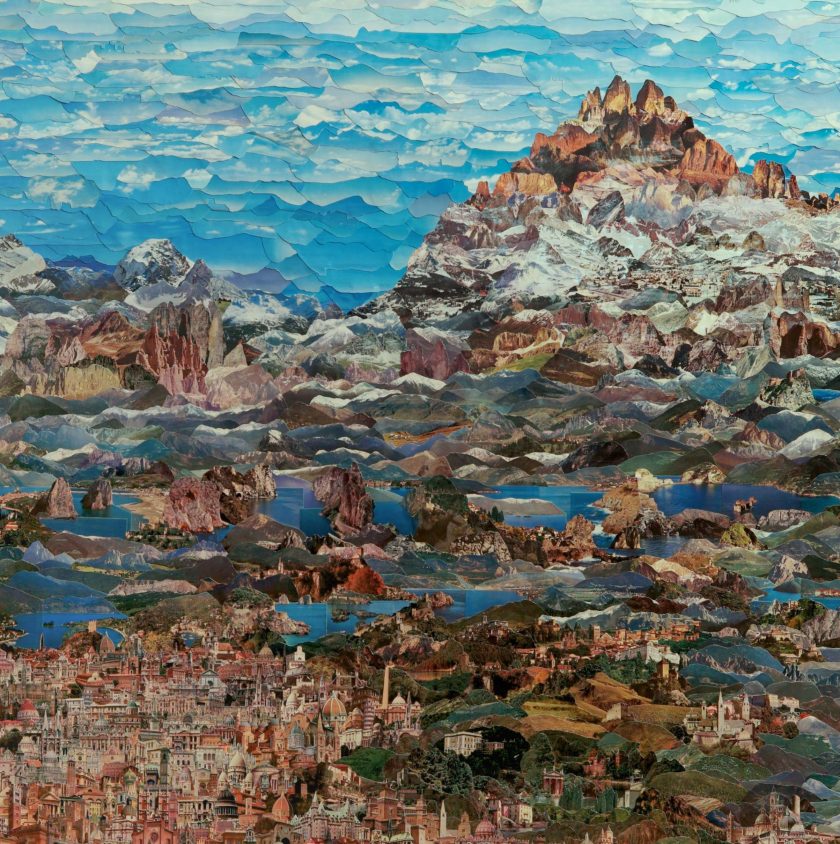 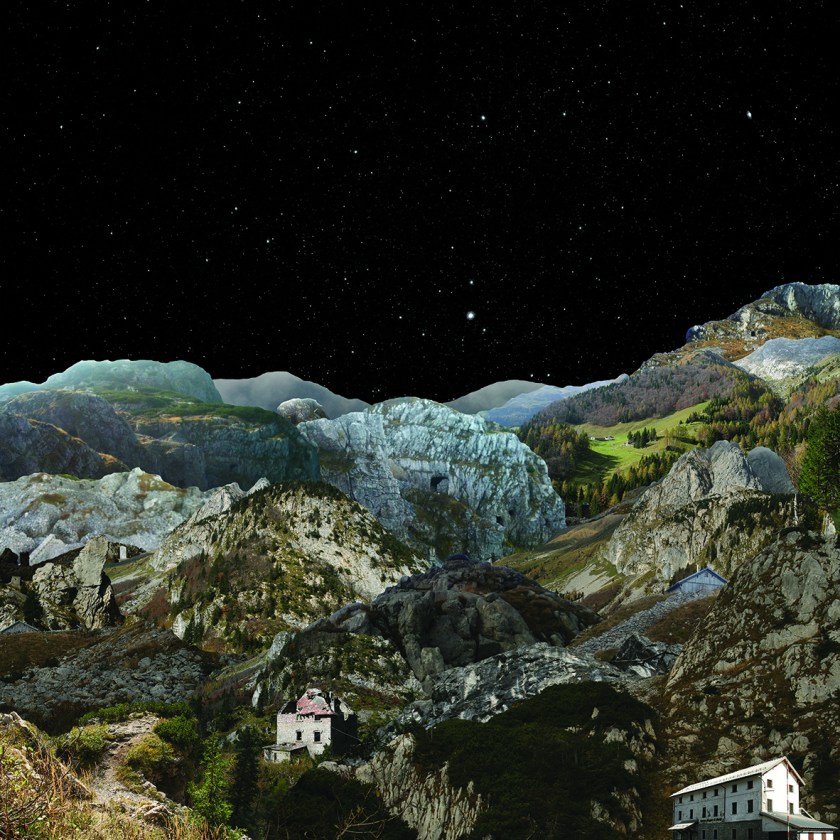 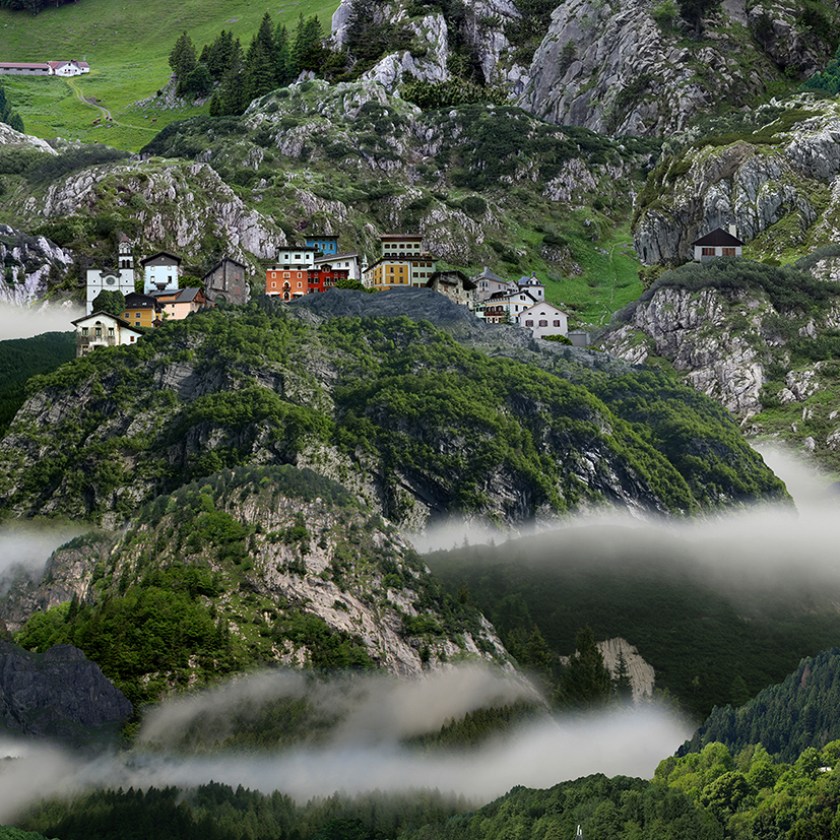