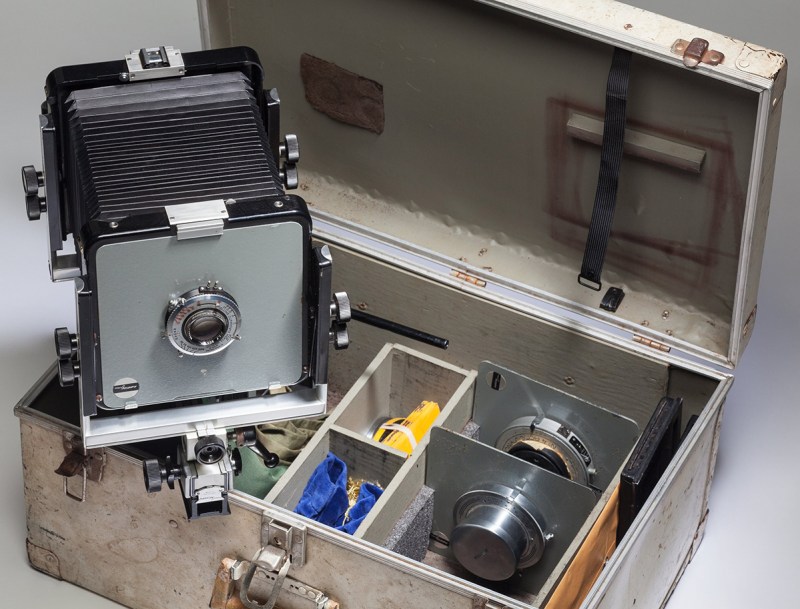 Ansel Adams and his photographs are an American treasure. Whether it’s his work on the national parks or just his black-and-white landscapes featuring the American West, Adams created photographic works that could’ve easily been oil-on-canvas portraits. And while everyone and their brother can snap an Instagram photo and add a filter to make it appear Adams-like, there was only one true master. 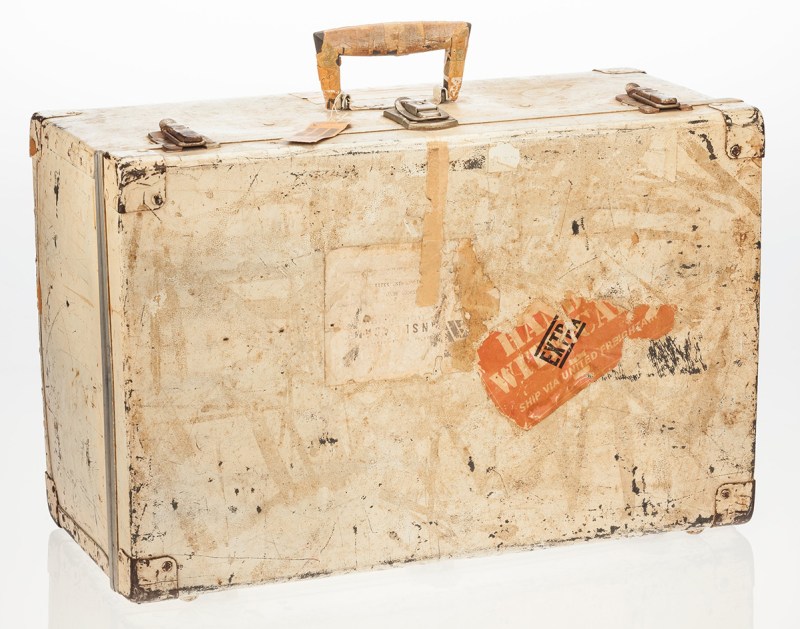 In the absence of digital cameras and trendy apps, you might wonder what type of equipment Adams used to train his lens on those majestic purple mountains. You might be surprised at how old-fashioned it looks. Below, is one such camera—an Arca-Swiss 4×5 view camera—that Adams acquired in 1964, which he references in the book Examples: The Making of 40 Photographs. In the book, he details his process behind taking iconic images of Arches, North Court, and Mission San Xavier del Bac. 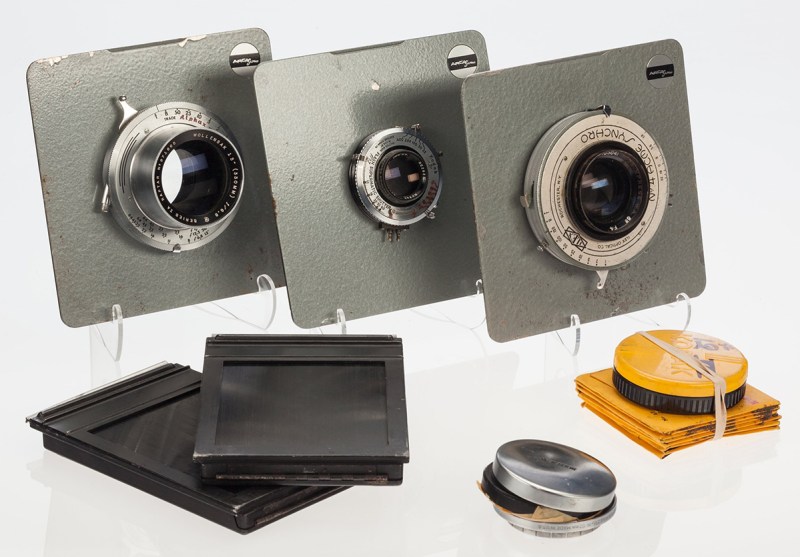 The camera is now up for auction at Heritage, with a pre-auction estimate of $70,000–$100,000. To bid on the camera, click here. Below, take a look at a gallery of Ansel Adams photographs taken on a similar camera (as well as the photographer himself at the very bottom). 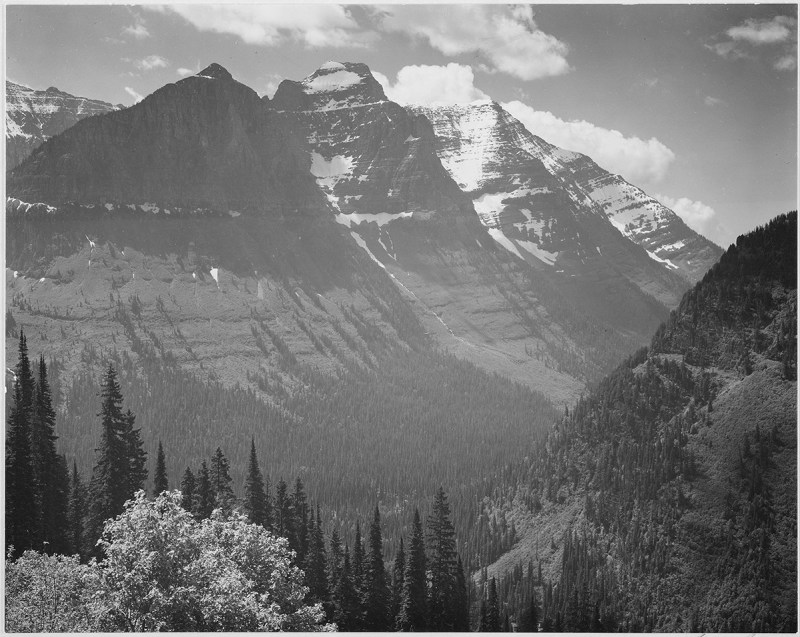 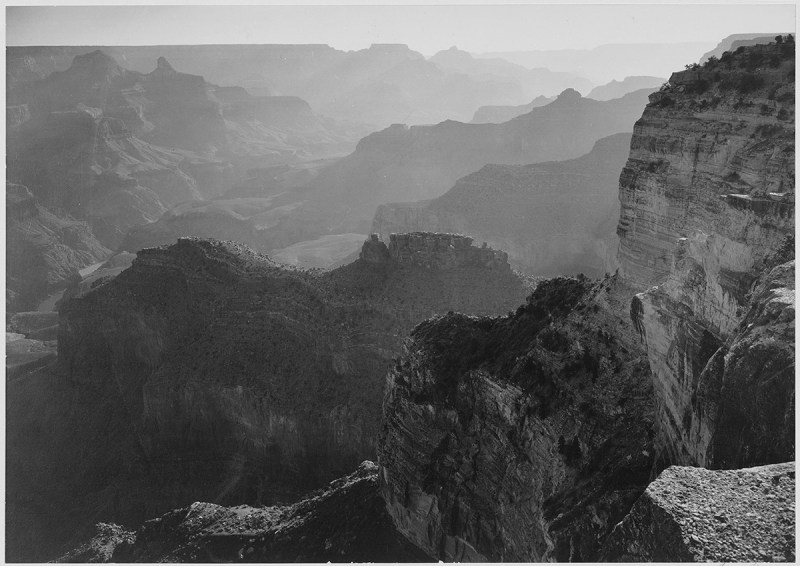 A photo of Grand Canyon National Park by Ansel Adams, from ‘Photographs of National Parks and Monuments,’ 1941 (Smith Collection/Gado/Getty Images) 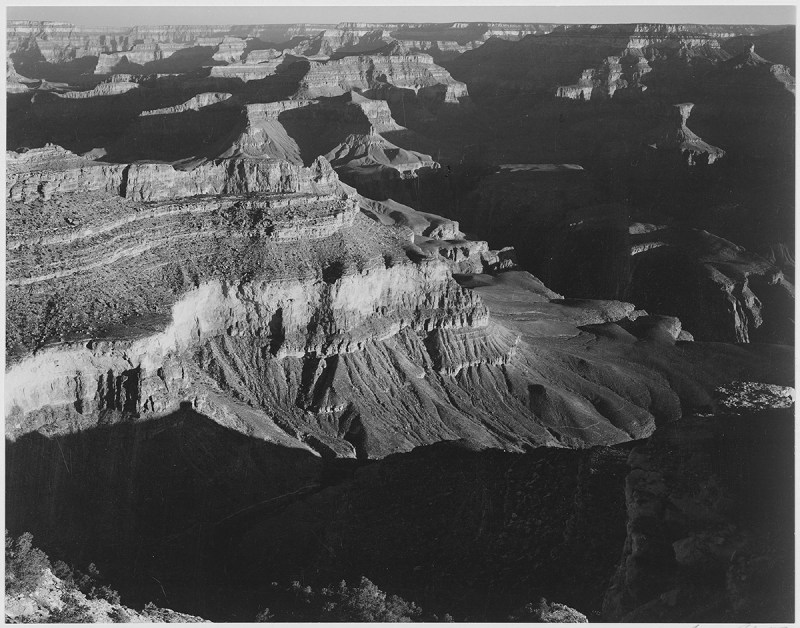 A photo of Grand Canyon National Park by Ansel Adams from ‘Photographs of National Parks and Monuments,’ 1941 (Smith Collection/Gado/Getty Images) 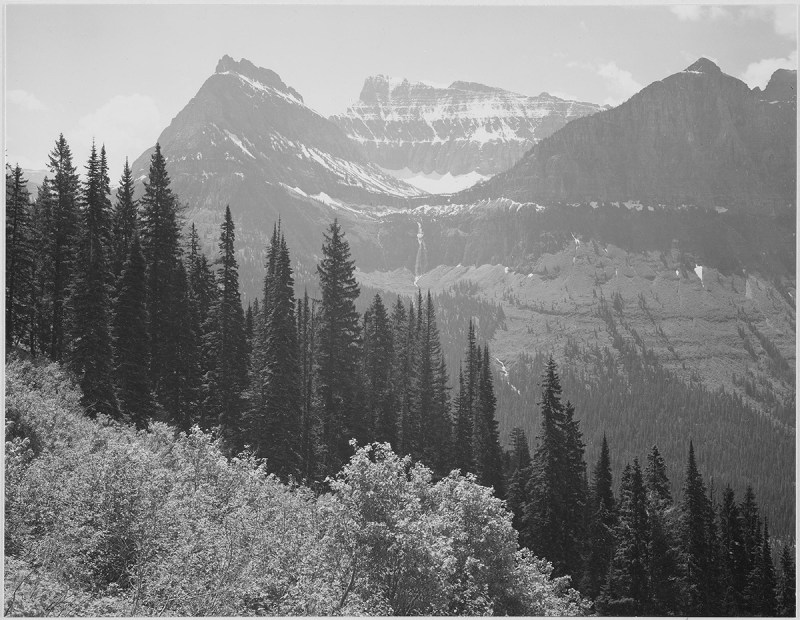 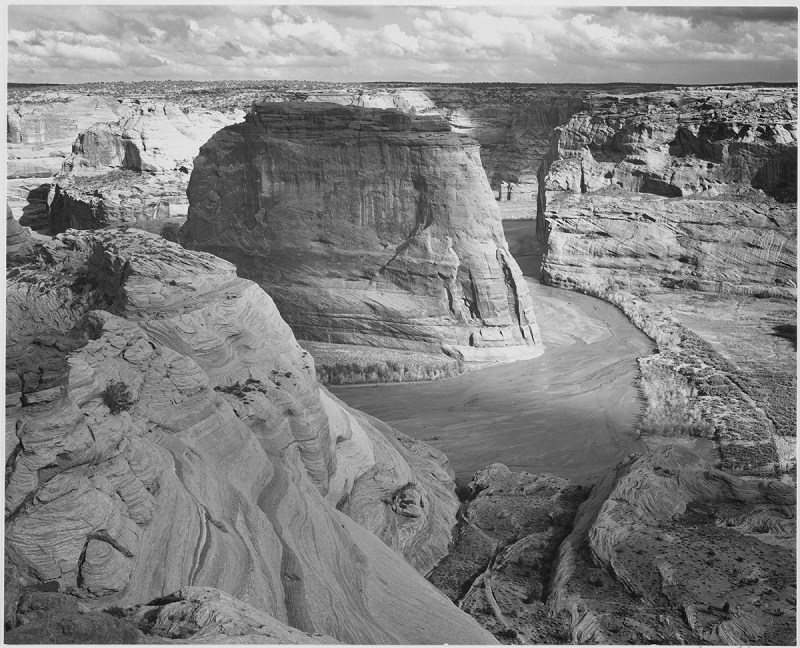 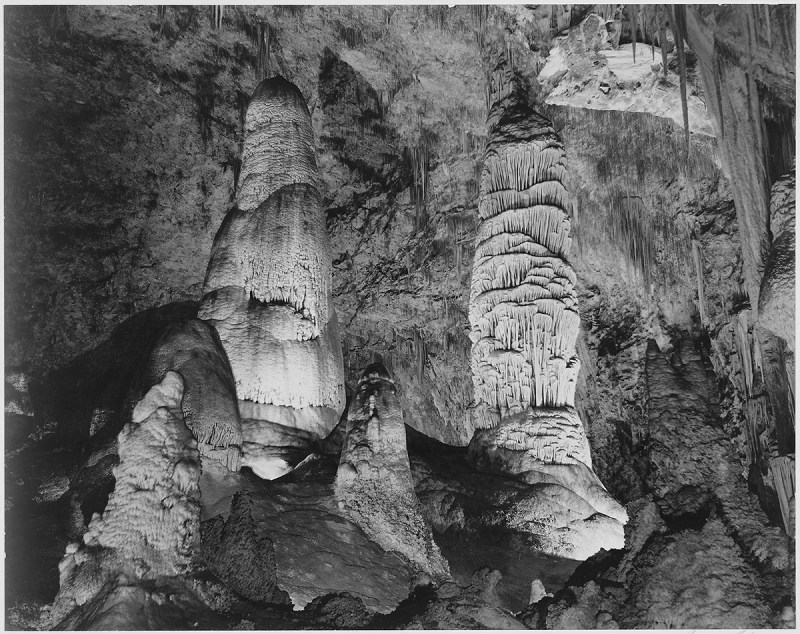 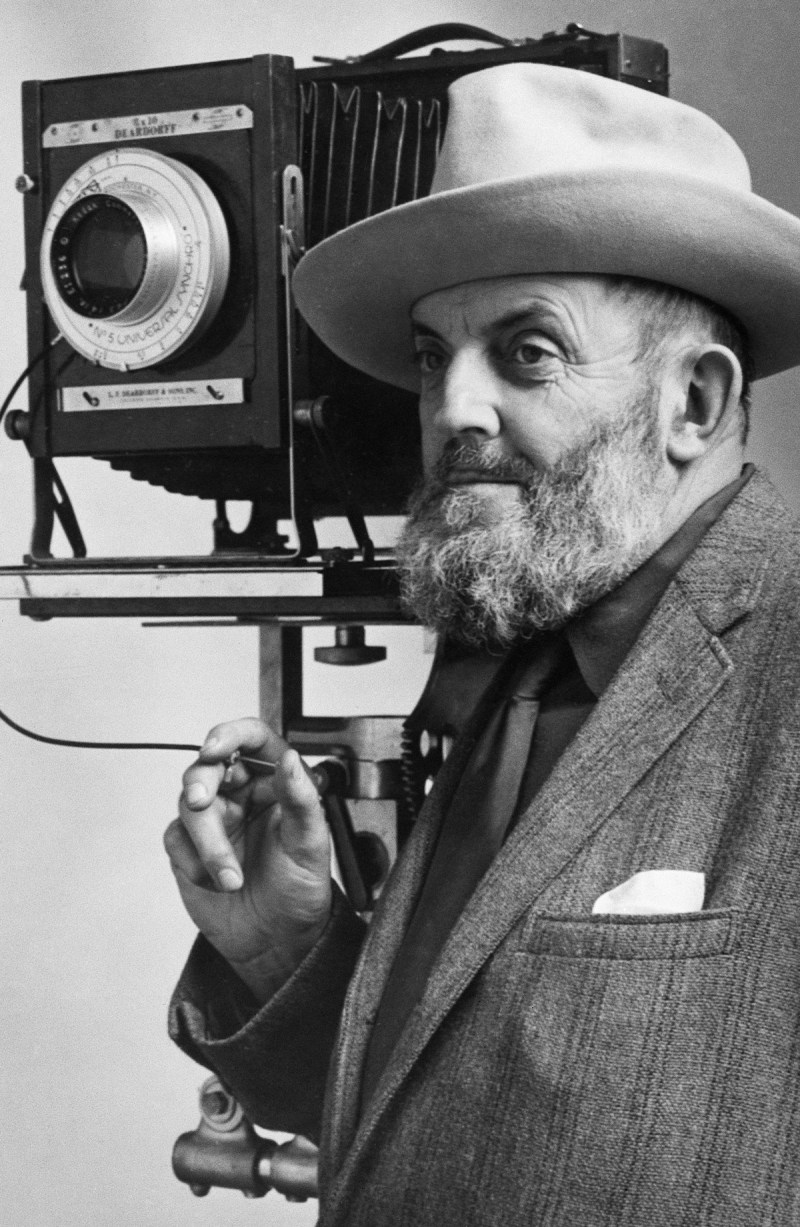