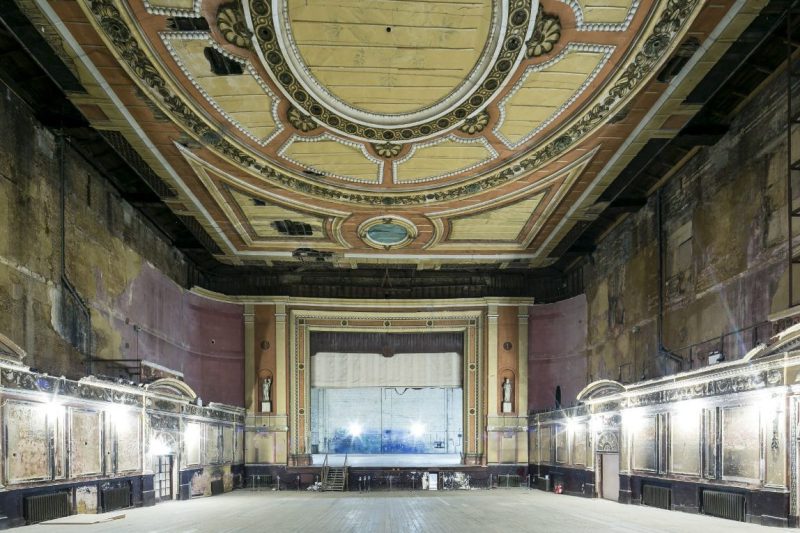 View of the Alexandra Palace Theatre auditorium looking towards the stage on May 16, 2014 in London, England. First opened as ‘The People’s Palace’ in 1873. Just 16 days later, a fire broke out in the Palace, burning it down in its entirety. In 1980, fire again burned a large part of the building. (Miles Willis/Getty Images)

Alexandra Palace’s Victorian Theatre, part of the Palace’s East Wing Restoration Project, originally opened in 1873 and destroyed by a fire after just 16 days. It was completely rebuilt and reopened in 1875. With a seating capacity of 3,000, it was constructed to house live performing arts, specifically operas, musicals, and other large-scale entertainment. It was later used for film screenings and the internment of refugees and internees in both World Wars. (It was also involved in the making of TV history on November 2, 1936, with the BBC noting that “the world’s first regular high definition public television service was transmitted from the palace.”) 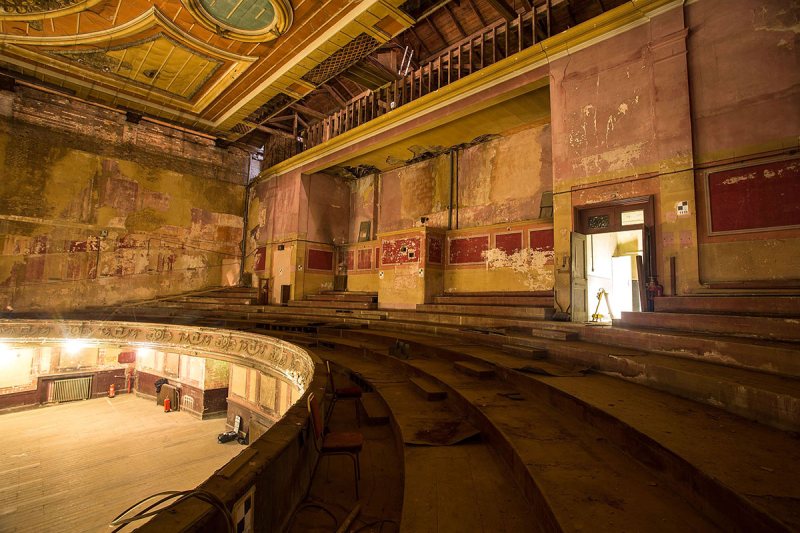 Today, the theatre has fallen into disrepair, although much of the original stage machinery and décor are still in place, right down to the stenciled fleurs-de-lis on the ceiling. The East Wing Restoration Project hopes to restore the theatre’s original opulence and turn it into a modern performance space seating 1,300, without sacrificing its historical integrity. 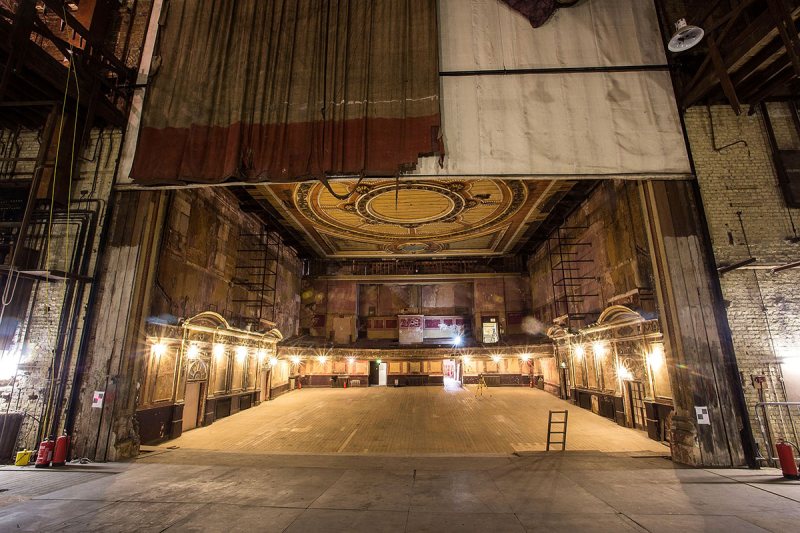 To do this, they’re collaborating with architecture practice Fielden Clegg Bradley Studios and theatre/acoustics consultancy Charcoalblue to retain the aesthetic of a “found space” and preserve what they can, while outfitting it with the modern technical equipment to support not just theatre, but live music and film as well. 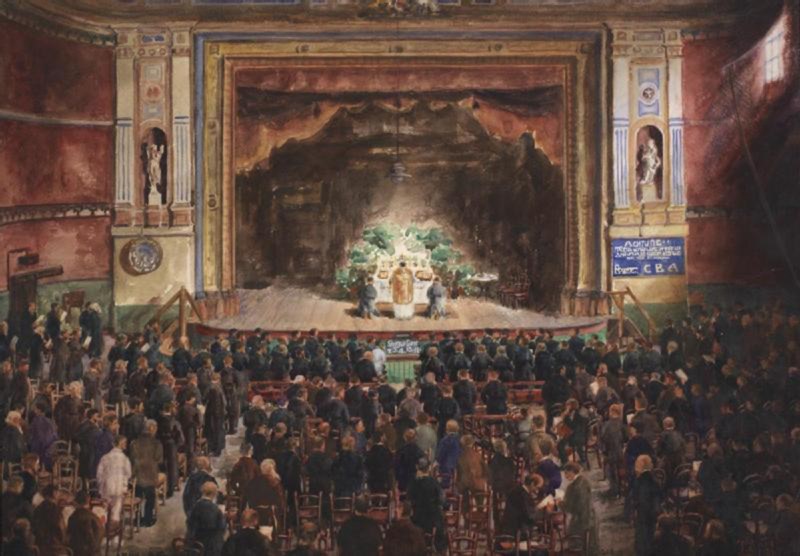 Alexandra Palace is crowdfunding donations for their East Wing Restoration Project right now; click here if you wish to donate. At bottom, watch a BBC story on those groundbreaking broadcasts.