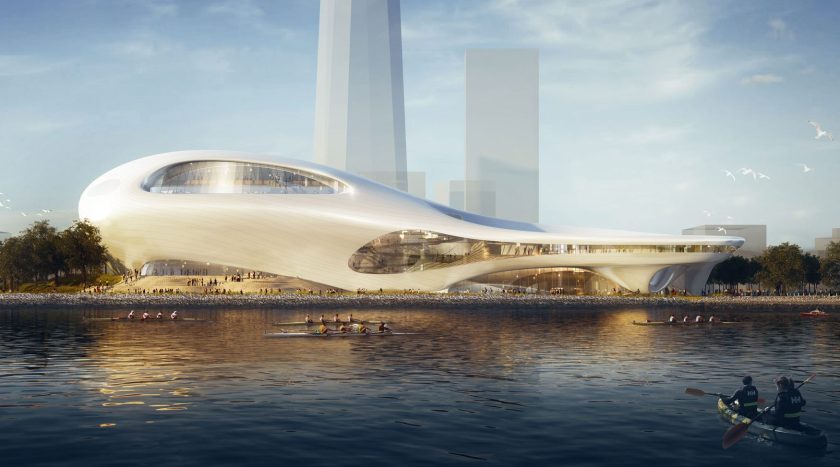 MAD Architects, a Chinese firm behind such beautiful buildings as the Harbin Opera House, has unveiled two separate designs for George Lucas’ new museum in California. The first project is primed for a site on Treasure Island in San Francisco, with the second, for Exposition Park in Los Angeles. The competing proposals came four months after the Lucas Museum of Narrative Art pulled its bid to settle the museum in Chicago due to strong community resistance (a rebel alliance, if you will).

While the designs for the San Francisco and Los Angeles proposals have their unique attributes, the two are sculpted in the fluid, sinuous style that has become the trademark of MAD. Drawing from its usual earthly inspirations, the Chinese architecture group made both projects appear cloud-like, elevated with room for pedestrian space underneath.

Besides MAD’s work on the venue in Harbin, the firm is also behind the Absolute Towers in Canada and its collaboration on the Chicago proposal. Many rejected the museum based on its location, because it was next to a protected river-way, while others opposed the circus tent–like design, comparing it to the corpulent character from Star Wars, Jabba the Hutt. 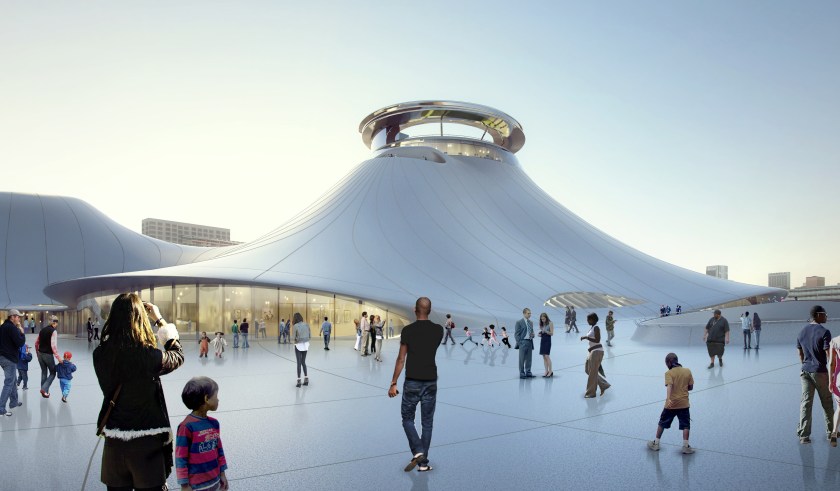 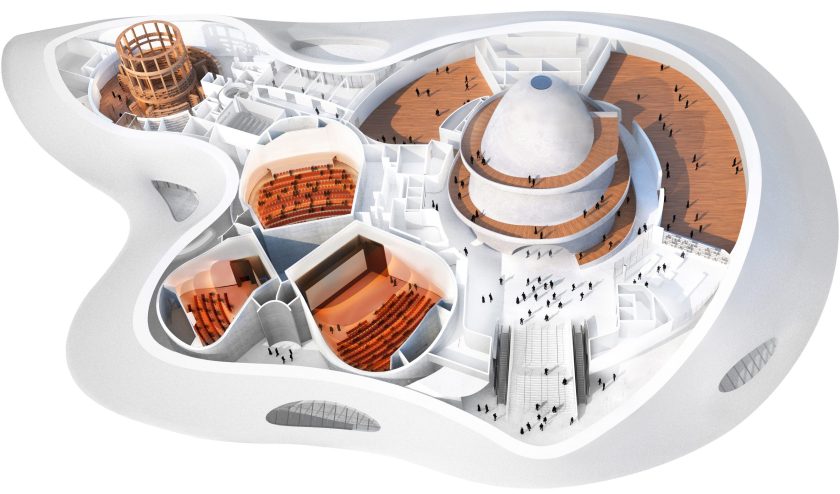 Nestled in between the Coliseum and the Natural History Museum, the Los Angeles proposal looks like a crash-landed spaceship with overgrown foliage in Exposition Park. Set in what’s currently a parking lot, the 275,00-square-foot museum will be surrounded by six to seven acres of lawn. On the building’s roof, there will be more public greenspace with tree-covered terraces. Below ground, the plan accommodates parking for more than 1,800 cars.

Up the coast in the Bay Area, the Treasure Island proposal comprises the same square footage as the L.A. design. The San Francisco project would be located right along the water, leading some to wonder if it will face the same pushback as the Chicago one. If chosen as its final location, the museum would be part of a mammoth redevelopment plan involving 300 acres of parks and two residential neighborhoods on Treasure Island, a man-made island created for the 1939 World’s Fair. 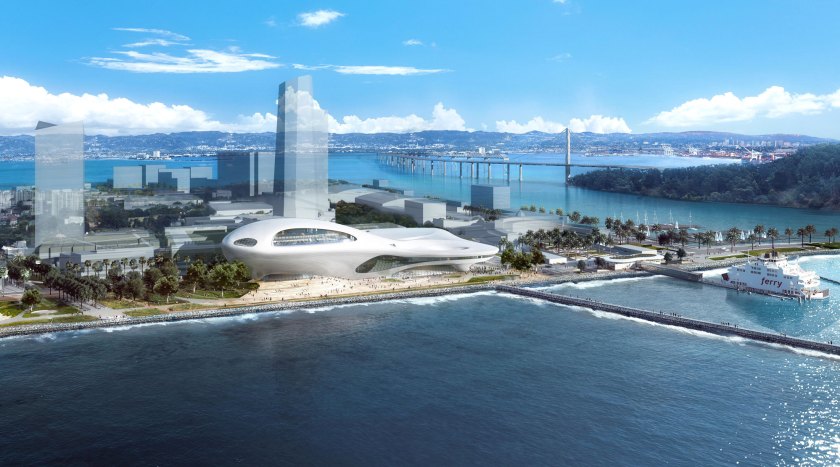 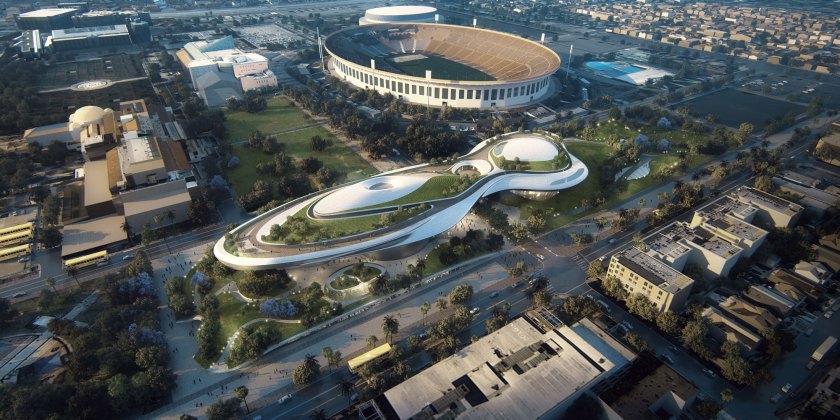